This week's 'Skim is a Facebook fiesta: the social network declares war on Snapchat with the global rollout of Stories on its flagship app, dives further into politics and fundraising with new features; LinkedIn revamps with a trending topics section; Google's YouTube defends itself after big brands pull the platform from their advertising strategy; all about the best times to publish on LinkedIn; Facebook advertising benchmarks for 18 industries; and much more...

The social network has brought Stories—the feature it unashamedly copied from Snapchat—to its flagship mobile app. While the social media company originally had expanded the feature to Instagram and Messenger, this is the first time it's included within the Facebook app itself.

The move is in line with Facebook's desire to focus on visual communication over text, with the hope that users share more.

The massive revamp of the mobile app also brings Facebook Camera and Direct to the platform: Camera, a quick swipe right from the News Feed, lets users take photos or video and spice them up with everything from emoji and colored captions, to filters with special effects; Direct lets users share anything they take with Facebook Camera with individual friends via their Direct Inbox.

You might think it unfair for Facebook to take such swipes at original Story creator Snapchat, but, as TechCrunch puts it, "In the long-run, we remember the tech companies that provide value at scale, not just who invented things. We remember Netscape as an innovator, but that doesn't make Google Chrome a clone. Facebook was willing to swallow its pride to protect its future. Maybe if Yahoo or BlackBerry were willing to pivot like this, they'd still be in power." Shots fired.

LinkedIn is ripping a page out of Facebook's playbook for news. The Microsoft-owned social network for professionals rolled out a new Trending topics section on mobile and desktop that gives users the latest news, as well as relevant, related posts from users.

Learning from Facebook's missteps, LinkedIn will use a combination of human editors and computer algorithms to highlight and surface news stories. The company hopes the new section will encourage users to spend more time on the app.

Facebook last week introduced split-testing options for advertisers to optimize their campaigns by helping them figure out which components of ads work more effectively.

It helps brands run controlled tests without audience overlap, and the social network says, on average, advertisers achieved a median 14% improvement in cost per acquisition. Have you tried it out yet? 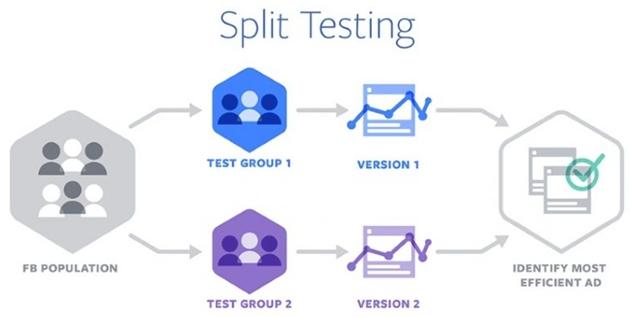 In response to enormous brands' (think Starbucks and Walmart, among many others) suspending advertising on YouTube due to a Wall Street Journal article revealing that the brands' ads had appeared on videos with racist content, the video network has detailed plans to introduce new security measures to reassure marketers.

Alphabet Inc. lost $26 billion in market value that week, as concerns among advertisers grew that the space might not be a safe one for brands. YouTube will now provide not only a hotline for brand safety but also a video verification process and begin using machine-learning to flag suspect videos where objectionable content may be hidden (a video with a T-shirt containing offensive language, for example).

Check out all the changes here.

The social network has pivoted even more into the fundraising space with the introduction of Facebook Fundraisers for all US users. The new tool lets users create a fundraising page for their cause—medical, educational, funerals, and a few others. The causes are initially reviewed by Facebook to ensure they meet the social network's community guidelines and policies.

Facebook has also introduced a donate button that pages can use during their Facebook Live broadcasts. This could be a great option for your brand, from a corporate social responsibility (CSR) standpoint, should an opportunity present itself. Check out the video for more:

6. Facebook wants users to react and tag friends on Messenger

The social giant wants to encourage its Messenger users to express themselves a little more. The same reactions that were introduced for desktop and mobile in 2016 are now rolling out across Messenger. Users can now react to specific messages with a thumbs-up—or a thumbs-down—and emoji for "Love," "Wow," "Sad," "Angry," and "Happy."

Facebook is also introducing the ability for users to tag others in messages with Mentions to notify those tagged in an existing conversation that something is addressed to them. They can be used simply by typing @ and the user's name. Users can disable the notifications at any time.

7. The best times to publish on LinkedIn

Aside from being the hub for most B2B marketers, LinkedIn also stands above the rest in terms of how long your brand's content lives organically on the platform: Users are likely to see the same post multiple times. Also, unlike Facebook and Twitter, for now LinkedIn's news feed is less crowded and more readable. But maximizing the potential of these advantages means knowing the best times for your brand to post its content.

A Business2Community contributor recently tested just that, and found that posts performed best between 6 AM and 9 AM from Monday to Thursday, with weekend posts being the poorest performers.

Of course, your social media team should test engagement for itself, taking into account the differences that your particular community or industry followers might present.

The social titan might not easily make friends on Capitol Hill, but it's not for a lack of trying. Facebook has now rolled out what it calls Town Hall across the US, a feature that easily lets American users locate, follow, and contact their local, state, and federal representatives.

The mobile and desktop feature is also now integrated with the News Feed. Facebook will also be serving users with local election reminders. Town Hall can be accessed from the "More" menu item.

It seems these developments could be in part due to the continued blame the social network receives for the spread of fake news.

You certainly heard about the London terror attack on March 22nd, but what you probably didn't hear is that WhatsApp is refusing to disclose the details of a message sent by the terrorist on the messaging app just minutes prior to his committing the act. British authorities aren't having it.

UK Home Secretary Amber Rudd said she's ready to "call time" on Internet companies that provide terrorists with a "secret place to hide," and summoned representatives from WhatsApp, Facebook, and Google to discuss the security matter.

WhatsApp conversations are encrypted from end-to-end, meaning even the company cannot decrypt the messages, it claims.

Don't know how your company stacks up against the competition when advertising on Facebook? MarketingProfs has just the data and analysis you need, all in the form of a handy infographic from WordStream.

The average clickthrough rate (CTR) and cost per click (CPC) across all industries in Facebook Ads might stand at 0.90% and $1.72 respectively, but those number can vary greatly according to industry sector.

To find out where your company lines up in your industry, as well as average conversion rates (and more!) check out the full story. 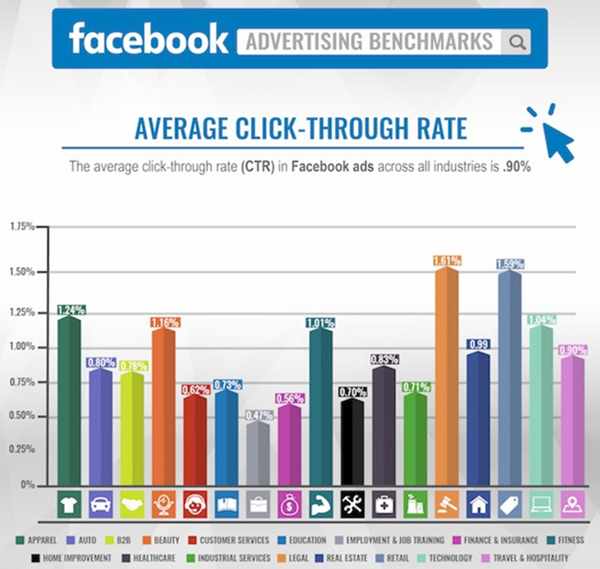 The healthcare industry might be later to the game than most, but new online platforms are giving a voice to a community that often feels voiceless. Wego Health matches pharmaceutical firms, medical device manufacturers, hospitals, and insurers to digital-savvy sufferers of chronic diseases like MS and Irritable Bowel Syndrome that happen to have big digital footprints in the subject matter. Their goal? Reaching an audience that seeks trusted advice from people like them.

While it may seem like a slippery slope for the medical industry to pay for influencers' endorsements in the same way that fashion or food companies might, Wego has safety measures in place to avoid anything being sold as a "cure." Influencers so far claim they've never been pressured to promote a product or service they didn't want to.

What do you think of this brave new world? Let us know in the comments below!

Join us for @BarbyIngle's FB live on healthcare costs now! She has binders full of bills + lots of advice https://t.co/t5qGyIkjbw pic.twitter.com/lazlvE0e41