In this week's 'Skim: Instagram Stories officially surpassed Snapchat's users base... in just nine months; Facebook introduced a free version of its professional-focused collaboration tool, Workplace; Twitter launched a data-light version of its platform to court a new slew of users; and LinkedIn unveiled changes to its revamped desktop design.

Also: what digital marketing tactics small business are investing in, free social media tools your brand might be missing out on, and much more...

Skim to catch up over Easter break!

Facebook seems to be the only social media company that can get ahead without a first-mover advantage, instead waiting to see what works well elsewhere, then building it into its own platforms and watching the enemy lose. Case in point: Instagram Stories now claims 200 million daily active users, more than that of Snapchat's 161 million that company announced during its IPO.

And, with a constant flow of new features that emulate exactly what Snapchat already does (I mean, let's be honest, do we think Facebook has any shame?), that daily active user count only seems set to grow even more. Snapchat's growth sank 82% when Instagram Stories launched back in August 2016, and we're wondering if the slide will stop.

Workplace collaboration tool Slack just found a new level of competitor in Facebook's Workplace, with Facebook release of a free version of its messaging service for businesses to help employees more chat and share files.

The free standard version won't include IT administrative and monitoring features like integration with other business tools (think Google G Suite), but it will offer one-to-one and group voice and video calling, video streaming, and chat for users on desktop or with iOS or Android mobile devices.

Currently, though, the paid version of Workplace is still free, through September, so it could be a good time for your company to give it a whirl!

Twitter is reaching for a new market: those with mobile-data constraints. The company introduced Twitter Lite, a slimmed down version of its mobile app that uses much less data and loads much more quickly for users with slower connections.

The product brings all of the social network's key features—timeline, notifications, and direct messaging—to users even on slower 2G networks, and it also has an added "data saver" function that can be enabled to blur photos or videos before users decide which ones to download themselves.

Twitter Lite can be accessed via mobile.twitter.com, and it could be a way for the social network to gain more users everywhere, but particularly in emerging markets.

Twitter Lite is a faster, data friendly way for people to use Twitter to see what's happening in the world.

LinkedIn's new desktop experience, launched in January, has finally been rolled out to all users, but the social network still had a few changes in store based on user feedback.

Users can now customize notifications to ensure only the most valuable types for you are delivered, and profile photos now have a new editing tool that enables users to crop and enhance with the click of a couple buttons. Messages can now be sent from anywhere on the desktop site, and finally, LinkedIn has introduced a new way for those who publish long-form articles to enable or disable comments. Check out the changes below!

Facebook's Instagram has introduced new features meant to help brands close the gap between Millennials who are simultaneously highly influenced by the online shopping research they do yet averse to buying directly via social channels.

To remove obstacles that block consumers from buying, Instagram has created ways for users to easily access details of products in photos by clicking on the logos, as well as a way for them to go directly to purchase pages without having to navigate to another platform.

The initial pilot program of the feature led to a dramatic increase in clickthrough rates to brands' sites, so we're thinking the new feature will be popular. 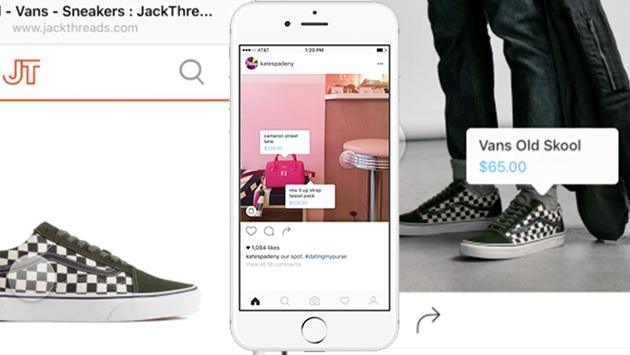 The Facebook-owned social network revamped its private messaging feature to allow users to send ephemeral photos and videos in addition to permanent image and text within the same one-on-one or group conversations.

After introducing ephemeral messages as a separate part of the platform from permanent ones back in November, Instagram's Direct climb from 300 million to 375 million active users in April; the social network saw enough potential that it decided to merge the two message formats into one inbox.

Now Instagram Stories' stickers, doodles, and text overlays can spice up private and group messaging on the platform in ways that SMS can't. Yet.

7. The free social media tools your company might be missing out on

Between all the changes in the social media advertising landscape and all the chatter around social's becoming an increasingly pay-to-play arena, it's easy to forget the suite of helpful tools available to brands to help them navigate the social waters—for free.

From Facebook Insights and Social Mention to help your brand keep track of performance and maintain a close eye on sentiment and engagement, to managing multiple accounts and social media scheduling with TweetDeck and Buffer, check out the list of eight great tools that can save your company time and money.

The social network took advantage of such a press opportunity to highlight the tools and features it's rolling out to help businesses—big and small—such as the ability for Page owners to reinstate high-performing ads with a single click via mobile devices, and easily switching up targeting.

The company also launched a new website for its Small Business Council to assist brands that might not have the same resources and time to commit to learning how to work the platform in favor of their business.

Instagram's becoming an increasingly important platform for marketers, particularly as it makes a concerted effort to increase social shopping. But Instagram's native analytics tool doesn't provide the same caliber of insights many other social platforms' do, so we've got a list of five great options to ensure your content plan is optimized for more engagement.

Instagram Insights provides basics like impressions and demographics on users, but other tools like Social Baker, Simply Measured, and Union Metrics provide free reports that give more details about top posts based on engagement, what filters are performing best, and much more.

Give your brand an Insta boost by checking out various tools and how to set them up!

Recent research from Clutch finds that half of small businesses will spend more on marketing and advertising this year than last. The study also shows how and where small business plan to invest in digital marketing in 2017, with social media coming out on top: 58% of businesses cite it as where they're putting more marketing budget this year. 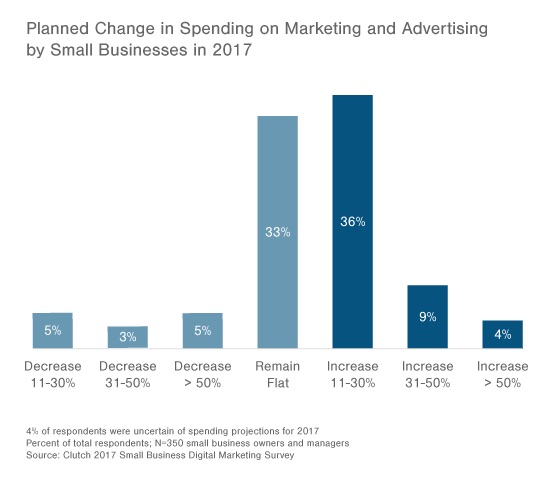 Some 56% of respondents plan to increase their spend on their websites, as well, with email marketing, SEO, and mobile apps rounding out the top five channels. But how many smaller brands already plan to dedicated more budget to augmented and virtual reality? Check out the full article to find out!

Teamable wants to connect your employees' social networks to its recruitment software in order to increase referrals to open positions, harnessing the power of data on social platforms to help you hire the right people to grow your business.

The company, which this week announced funding of $5 million, uses artificial intelligence (AI) to suggest candidates based on the data linked to the Teamable software via employee social networks—job requirements, skills, experience, and more.

Recruiters can then track conversions to interviews, offers, and hires, and incorporate that data into their algorithm to improve future results.

Fun fact? The startup has its roots in tiny Armenia (and San Francisco, of course). 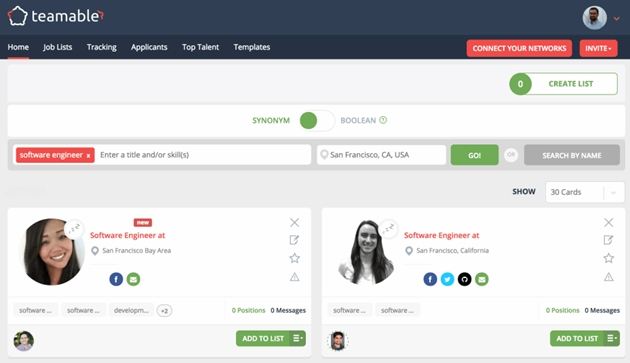 The company overbooked a flight and, in accordance with its policy, when not enough passengers volunteered to leave the aircraft to make room for United employees, a doctor was literally dragged off, unwillingly, through the aisle, seemingly in the harshest way possible.

As The Drum states, it's paramount to remember that these days every passenger is a publisher. And, if your brand treats people the wrong way, it could wind up with a savage sketch on Jimmy Kimmel: