#SocialSkim: All About Facebook's F8, YouTube's 'Adpocalypse': 10 Stories This Week

This week's 'Skim kicks competition up a notch: Facebook unveils a suite of new apps, tools, and features at its yearly F8 developer conference; YouTube's algorithm change is wiping out revenue for some; LinkedIn explains how its new privacy policy will affect users; Snapchat launches impressive new augmented reality Lenses, reportedly readies a self-serve ad platform; Tumblr takes on co-viewing with a new app; 20 video content ideas for your social media strategy, and much more...

TechCrunch's roundup of Facebook's big developer conference highlights absolutely all you need to know about the latest from the social giant. Check out the most important bits below, but be sure to scan through the entire slideshow for all the major takeaways and how they'll affect you!

2. YouTube's "adpocalypse" is destroying revenue for some content producers

In response to the boycott of YouTube by dozens of brands scared to have found their ads on the platform aside videos with objectionable content, YouTube implemented a sudden change to its algorithm that has left some YouTube creators with massive voids where their ad revenue used to be.

Whereas YouTube's goal was to help brands feel more comfortable by taking a tougher line on where brands' ads are placed, the algorithm change also reportedly tanked ad revenue for channels with political commentary, military-associated content, and other types of content that might, possibly, be considered objectionable by some.

It's a sticky situation for all involved, and it could be one of the defining moments—and battles—in YouTube's history.

Linkedin's privacy policy and user agreement will get a refresh in June, and the Microsoft-owned company wants to be up front about how the changes will affect users. Some third-party services will be able to show users' profiles to their users, increasing users' visibility and, hopefully, helping them more easily connect with relevant members and find opportunities.

New automated systems and bots will assist users with pre-drafted messages, offer ice breakers, and assist with scheduling meetings. The changes will also let users take advantage of a new feature to help them find nearby members who might be at a conference or event.

Most all of these new features come with opt-in or opt-out possibilities, so you'll still (mostly) have control of what you'd like to take part in.

4. Snapchat reportedly ready to give advertisers a self-serve ad platform

Snapchat's making a play for more advertisers in the face of possibly the most challenging period for its future by building a way for brands to buy and serve video ads—not just geofilters—all by themselves via a self-serve platform. The report from Digiday suggests the platform could launch shortly and bring a big advertising bump for Snapchat.

Prior, a semi self-serve platform allowed advertisers to purchase directly on the platform, but they still had to do so through an API partner or third party, which often came with big markups. Now, brands will be able to create and run full-screen vertical video ads between users' Stories or within the app's Discover section by themselves.

The move comes at a time when Snapchat needs to justify its $20 billion valuation after going public in March.

Introducing Cabana, Tumblr's new app—and its attempt to convince users to share and watch videos, in real time, with their real-life friends. Whereas Tumblr boasts a fandom environment where strangers can connect and share content based on similar interests, Cabana is meant to be a place for real-life groups of friends to share that viral video they just discovered and can't wait to spread, or that newsworthy, gut wrenching clip that pulls at heartstrings.

Tumblr certainly isn't the first to jump into the co-viewing space; YouTube has been experimenting with its own app called Uptime—and many others exist. There's no advertising in Cabana for now, nor is there a clear-cut path for brands to get involved, but the co-viewing space is certainly one to keep an eye on. 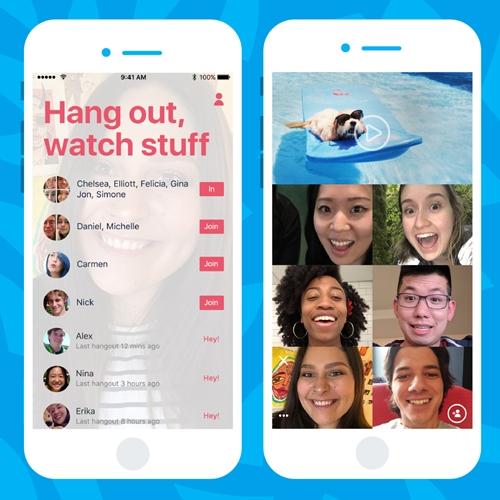 6. Snapchat still most popular app among teens, despite Instagram Stories

Despite all the news about Instagram stealing Snapchat's Story and users, Snapchat still has a big edge among teenagers. A recent survey from Piper Jaffray's Taking Stock With Teens—completed even after Instagram launched its own version of Stories—finds that 35% of teens claimed using Snapchat every day, versus just 24% for Instagram.

Moreover, Snapchat's share among teen respondents has increased to 39%, while Instagram's has fallen to 23%. Facebook's Instagram might be making gains in users of its new functions, but it might still have an uphill battle for overall popularity. 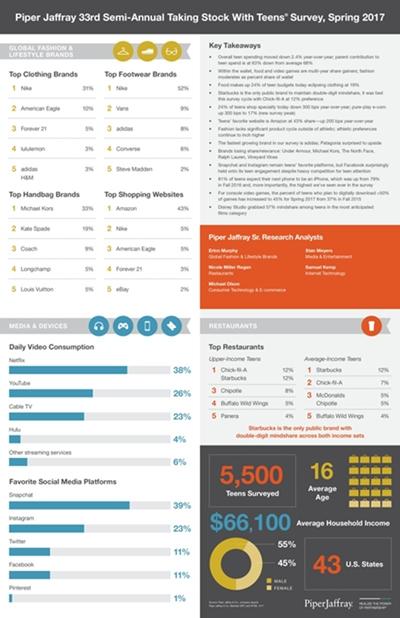 The social network is increasingly stepping up its attack on fake news and spam on its platform, most recently announcing the deletion of over 30,000 fake accounts in France just days before the first round of the presidential election there.

Facebook is also tackling fake likes and comments, mostly generated from Indonesia, Bangladesh, and Saudi Arabia, by using algorithms to detect the fraudulent bots that are responsible.

The company isn't relying only on its bots to rid the platform of fake content, though; it's hired human fact-checking editors and enlisted its own users with the assistance of tip sheets and prompts for spotting fake news in an effort to scale back the distraction of fake news.

Have you seen any prompts about fake news while using Facebook?

8. Snapchat shows off World Lenses to... the world

Snapchat might just showcase the promise of augmented reality's (AR) future with its World Lenses product—a new set of Lenses that place virtual objects in users' world on-screen that move and rotate in a 3D environment according to the camera's placement.

It probably seems familiar to those of you who played Pokemon GO. Although Snapchat is certainly not the first one to use this 3D mapping concept, it will likely be the world's most widespread use of the technology, considering the scope and reach of the app.

But knowing how these things work, we're sure Facebook is right around the corner, eyeing every move.

Filling your brand's YouTube channel with useful content that not only generates leads and responds to customers' needs but also helps your channel rise above YouTube's complex algorithm can be a challenge. But Small Biz Trends has a handy guide filled with 20 great ideas to do just that—from highlighting product announcements and spotlighting specific services to helping your company stand out with product comparison videos or showcasing customer stories. Check out the full list (each with an example video!) to get ahead on your YouTube content planning.

Snapchat CEO Evan Spiegel reportedly claimed he had no desire to expand in "poor countries like India and Spain" because the app "is only for rich people." Spiegel's quote, from an internal company meeting in 2015, was released to the world when Snapchat released a public filing of a lawsuit containing the comments that was redacted by an employee.

In response, Indians have (ironically) taken to social media in an effort to teach Snapchat a lesson. #UninstallSnapchat encourages Indians to delete the app from their phones and rate the app one star in the App Store, and it seems it might have worked.

Snapchat's rating in Apple's App Store at the time of this writing dropped from an apparent five stars to a single star with 6,099 customer ratings. The boycott spread to Twitter and other social platforms, teaching us all once again that seemingly small "internal" discussions can have major consequences.