This week's 'Skim: LinkedIn finally gets a native video feature, launches Lite version of its mobile app for emerging markets, also rolls out Windows 10 app to help you stay on top of notifications; Amazon launches an Instagramesque social shopping feed, and reportedly plans a WhatsApp competitor; Facebook tests ads on Marketplace, brings an alternative News Feed to all users; the status of paid social and how your brand matches up; how an airline won the Internet; and much more...

1. LinkedIn begins offering video, and here's why it could be a revelation

Finally, there's a B2B social platform with video, and it's likely to already be your go-to social network to reach prospects. LinkedIn started rolling out a new, native video feature last week on its mobile app that allows users to record and upload up to 10 minutes of horizontal or vertical video right on the platform.

The rich analytics means brands can see likes, shares, number of views, job titles and companies of viewers, and the location each video was viewed from. That data can provide a wealth of new insights into potential leads, and it could also help LinkedIn fix its user retention problem by employing the same tactics that have helped Facebook and Snapchat take off.

Currently available only for a batch of users in the US, the video feature is expected to roll out worldwide in the coming months.

Spark was designed to bring the social conversation about Amazon and its products happening on other platforms back to Amazon, and it encourages users to share stories, images of products, and ideas they love; other users can respond with comments and "Smiles," Amazon's currency equivalent to other social networks' Like and Favorite buttons.

The new feature, which also apparently takes aim at Pinterest with its feed-style interface, is available through the "Programs & Features" menu option in Amazon's mobile app. Photos and stories that contain an item that Amazon sells will include a shopping bag icon, which means users will seamlessly have one-click access to purchasing options.

Check out the full recap of the new social feature here! 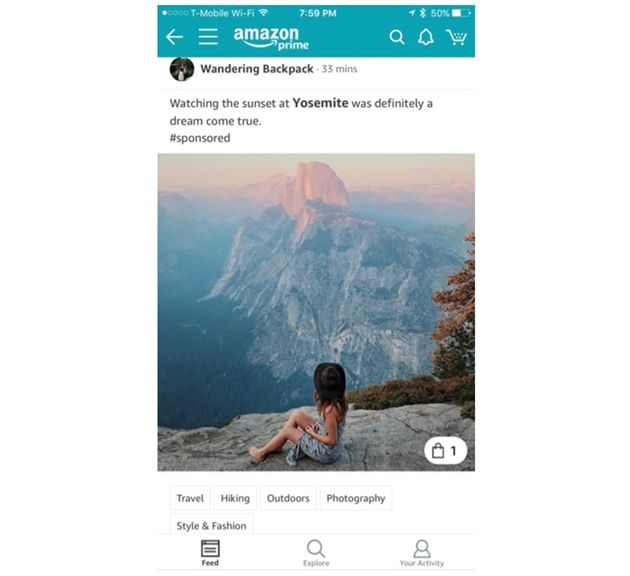 Welcome to the 1MB version of LinkedIn. The professional social network has launched a lite version of its mobile app in India, with an expansion in 60+ more countries on the horizon in the coming weeks and months.

The pared-down version of its flagship app hopes to attract users in markets where data is cost prohibitive or network speeds are slow.

LinkedIn Lite avoids heavy graphics, but it includes the essential elements of the social platform; pages load within five seconds (even on a 2G network), and data usage for consumers is reduced by 80%. For now, the app is Android-only, a nod to the fact that Android phones significantly outnumber iOS in emerging markets. 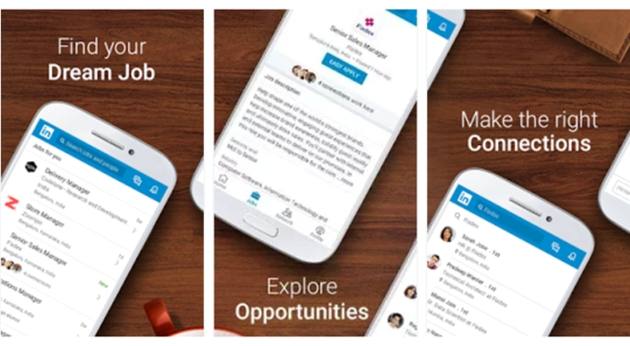 The Explore Feed, indicated with a rocket ship icon in the app's "More" menu, aggregates popular articles, photos, and videos that a user hasn't yet seen, customized based on their interests.

Confused? Don't worry, the app welcomes you with a brief tutorial explaining the alternative feed when you open it for the first time. Go ahead and give it a go! 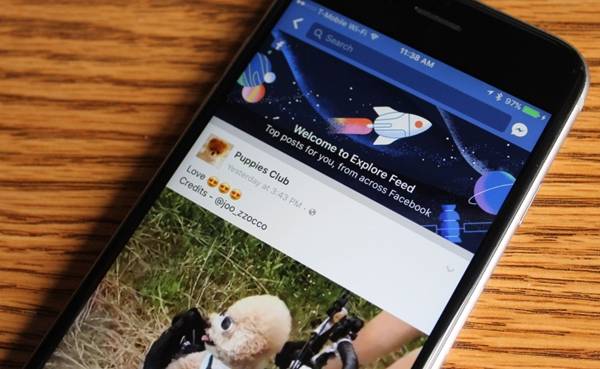 As consumers get more and more comfortable communicating with businesses via messaging apps like WhatsApp and Messenger, Amazon will naturally want an in. According to rumors and a purported survey from the company, Amazon Anytime looks to provide customers with a one-stop shop for smartphones, tablets, PCs, and smartwatches, capable of text and video, games, and easy integration of Amazon services for food and music.

The standalone app would also let users communicate with brands, make reservations, check on orders, and more, potentially taking what Facebook's already done and amplifying it with the full suite of Amazon services.

Amazon hasn't yet responded to an inquiry regarding the possible app, but we'll certainly keep an eye on this potential game-changer. 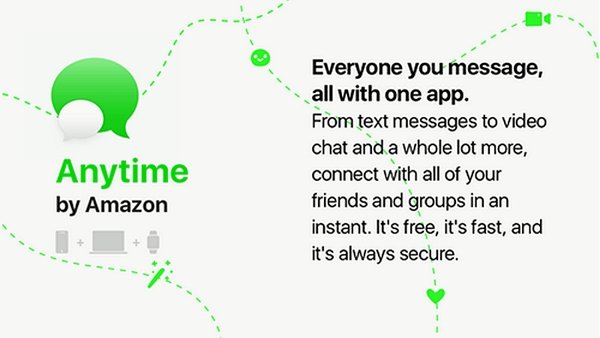 6. Facebook wants to serve you ads when you're most vulnerable

Facebook Marketplace could become the newest place the social network serves ads, hoping to get users right at the point they're ready to purchase. The social giant is testing ads within the Marketplace with a small subset of users; a wider rollout is dependent on how well the ads perform.

The ads will have the same look and feel as those already on your News Feed. Users will be redirected to pages where they'll be able to the services or products being advertised. 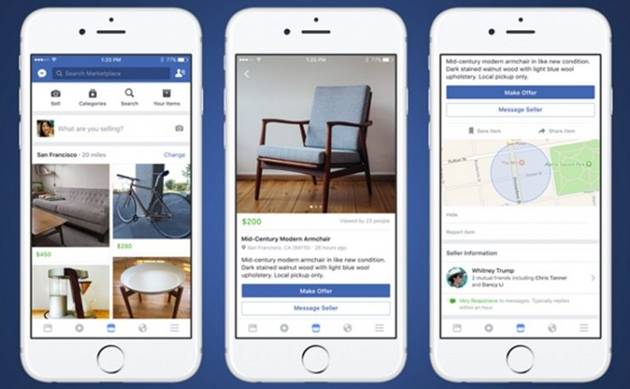 7. LinkedIn rolls out Windows 10 app to help you stay on top of news

Microsoft has launched a dedicated LinkedIn app for Windows 10, which means notifications from the business-centric social network are even easier for your team to keep tabs on, as they're now integrated within the Windows action center on the desktop.

Users can customize which notifications appear, so you won't be bothered with absolutely everything LinkedIn would like to show you. The dedicated app will be available in all LinkedIn markets by the end of the month. 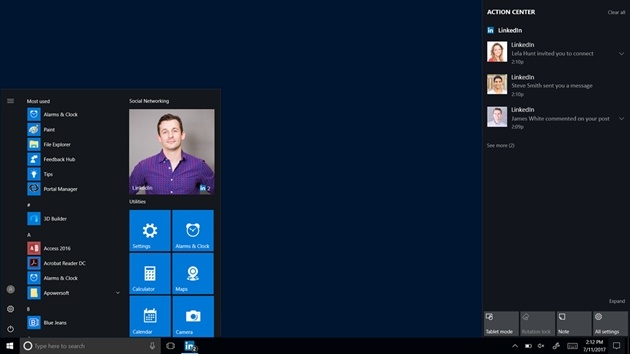 8. The status of paid social, and what marketers need to know

Where does your company stand in its use of social media channels it's spending money on? Is it following the crowd, or bucking the trend? Marketers remain the most bullish on Facebook—and they're ready to spend on it—but what social networks do marketers plan to spend less on? Will Snapchat bite the dust? Or will Twitter lose the most?

Recent research from Hanapin Marketing, and a MarketingProf's recap, has the answers, so don't miss out! 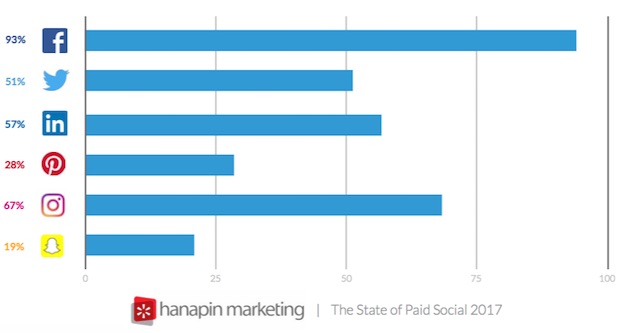 Ever accidentally swipe left on Facebook' mobile app home screen and found the camera? Now there's even more reason to do so on purpose, as the social network just launched the ability for users to record their own GIFs.

Taking advantage of Facebook's camera, users have full access to the filters, effects, and frames for their GIFs, and can add their finished GIF products to their Facebook Stories, add them to their profiles, or download them to their phones. For now, it seems, the feature is available only on iOS. 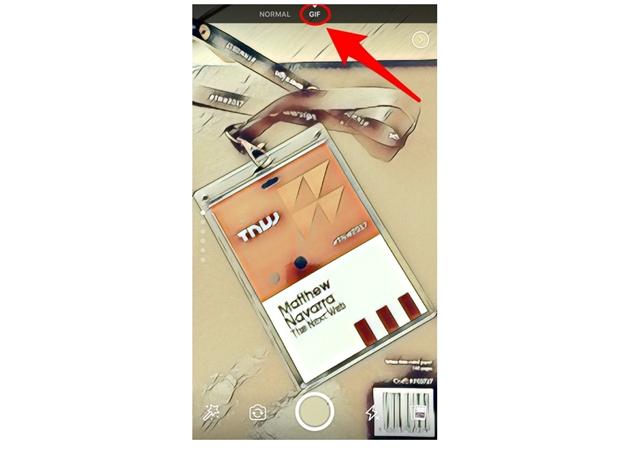 10. We'll wrap with the one time an airline wasn't on the receiving end of social media wrath

Delta managed to do something most airlines rarely can: win the Internet. When political commentator Ann Coulter's seat was given to another passenger seemingly without reason, Coulter tweeted an insult about that fellow Delta flyer. But Delta didn't let it go. Sure, the airline should have honored Coulter's seat selection from the beginning, as she had paid for it in advance, but Delta's cordial yet firm response on the social network gained praise across the Web, and resulted in brand mentions of the airline increasing 1,400% in just two days.

The airline acknowledged that Coulter would be refunded, but also publicly condemned her insult about their customer. According to Brand Watch, Delta's online sentiment across Twitter, Facebook, and Instagram stood at 52.3% positive, while Coulter's was 55.9% negative.

It was a risk on Delta's part, but it ultimately worked out for the airline in the end. Would you have played this differently?