This week's 'Skim: YouTube changes its logo for the first time ever, rolls out refreshed design and capabilities on mobile; all about Sarahah, the new anonymous messaging platform that took app stores by storm; WhatsApp officially tests verified business accounts; why Facebook is banning some Pages from advertising, and why its latest emojis are causing a stir; how brands are using Instagram Stories; six social media trends to watch for in 2018; how social media played a major role in Hurricane Harvey; and much more...

Skim for all the latest changes, updates, and insights!

YouTube's desktop interface and mobile app got a major facelift this week. Aside from an overall change in look and feel, the desktop's new Material Design lets users flip a switch to enable dark mode for more optimal viewing conditions.

The mobile app also now lets users perform some tasks that were previously available only on desktop, such as double-tapping on a video to fast-forward or rewind in 10- second increments, and altering playback speed.

The mobile app now can also display horizontal or vertical videos without showing any blank space, but experts would still advise brands to avoid shooting vertical videos for YouTube.

Oh, and did we mention the company's new logo?

2. Meet Sarahah, the messaging app that took over app stores

Originally from Saudi Arabia and built as a way for colleagues to provide anonymous, constructive feedback for one another, Sarahah transmuted into an messaging app that—for a brief time—outranked Snapchat in app stores and spread like wildfire among young social media savvy users.

Sarahah lets users leave anonymous comments on the profiles of other users, with those users' being unable to directly respond or identify the sender. Although the company claims the app is meant to help users discover their strengths and areas for improvement, critics have been quick to point out the potential for rampant cyber-bullying. Moreover, the app was said to upload users' phone contacts to company servers... for a feature that doesn't exist yet.

It's time to start prepping your brand's WhatsApp strategy. The messaging platform is moving closer and closer to becoming a friendly place for businesses to communicate with consumers. And a new pilot program means some of those businesses now have green checkmarks next to their accounts to indicate a verified brand.

WhatsApp has done a 360 in favor of business and advertising, letting brands send messages to users, pushing users to connect their WhatsApp accounts to their Facebook profiles, and tweaking its privacy policy to let the messaging app share that Facebook data for ad-targeting purposes.

Perhaps the moves mean WhatsApp will create a feature to let users search and chat with companies, or perhaps allow companies "cold-chat" consumers. We'll have to wait and see, but your social strategy team might consider a brainstorm around the implications and opportunities. 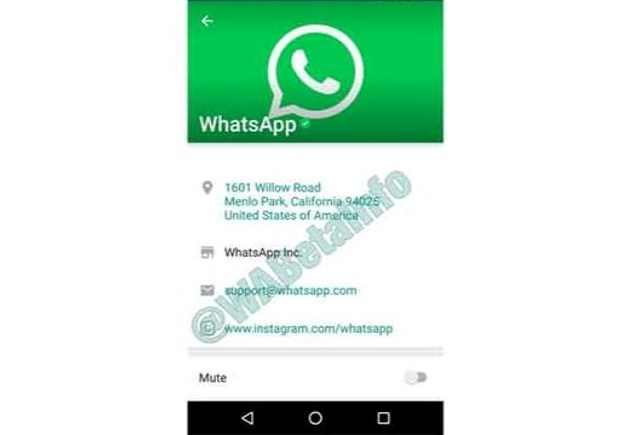 4. Facebook cracks down on fake news with a block on advertising

Aside from working with fact-checking organizations to bring more transparency to news stories that show up on its platform, Facebook is now telling publishers that they'll be blocked from buying ads on the social network if their Pages share fake news.

Pages that "repeatedly" promote or post about stories that have been marked as fabricated on the social network will be unable to buy ads on Facebook at all. The ban, however, wouldn't be permanent, and it could be lifted if the publisher stops such activity.

5. Snapchat extends a hand to influencers in new bid to attract users

Snapchat has reportedly reached out to top influencers on its platform in an effort to keep them from jumping ship for Instagram. "Official Stories," usually reserved for celebrities like Rihanna, are now being pitched to social media influencers with large followings on the social network, indicating a shift in influencer strategy for the messaging platform.

Snapchat, which for many influencers lacks features that let them interact with their communities the way that Instagram does, seems to be actively working to change that fact. We'll watch to see whether that will be enough to keep Snapchat afloat.

Now that Instagram's Snapchat-ripoff Instagram Stories has been around for a year, influencer marketing platform Klear looked back to assess just how brands are utilizing the feature as a part of their social strategies.

What percentage of brands link Stories back to another social platform? How about a blog post, or a shoppable page? Do most brands use the tactic of an influencer takeover, or do the majority prefer to showcase with how to tutorials?

Check out the full infographic for all the need-to-read details! It might just spark some ideas. 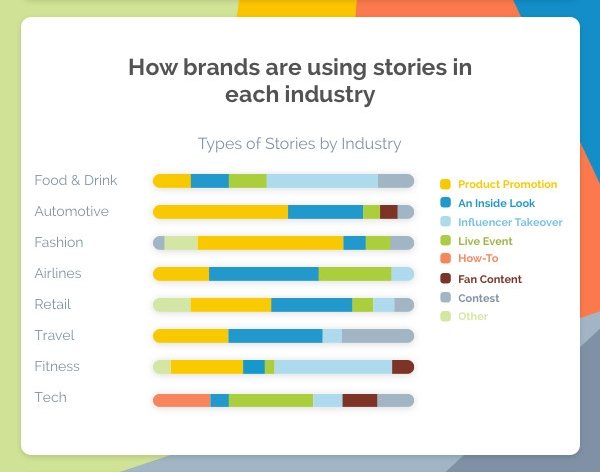 7. Facebook's efforts to diversify end in outrage for many

With a user base as diverse as Facebook's, incorporating emojis that reflect all customers is important, but some are calling the social network's latest effort both a hit and a miss.

Facebook introduced 125 new emojis last week, which brought a wide range of emoji families of different races to users' fingertips, as opposed to only the yellowish skin tones offered before.

But the update didn't include any interracial couples or families, and critics were quick to point that fact out. TechCrunch mentioned that interracial families can be particularly difficult to include, since the code would likely have members of those families appear as separate emojis.

We'll see what Facebook's next play is, but for now you can access Facebook's new emojis on the social network's desktop or mobile websites only. 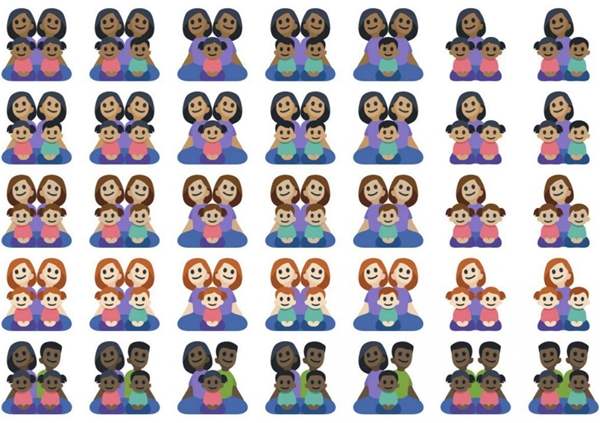 The social media landscape continues to evolve, and marketers know it will be no different in 2018. With just four months to go before the calendar flips, it's time to preview some of the most important changes and trends your social media strategy will likely have to prepare for in the new year.

From how more-robust social analytics programs will help your brand personalize content for your target, to how the great mobile shift will develop and how social platform overlap will require your brand to be more selective about its content and strategy, Inc.'s list hits the nail on the head of some of the most important trends your brand will face in the social sphere in 2018. Get ready!

Ever since the social network introduced ads and money transfer capabilities to its messaging platform, Messenger has become a prime target for hackers. A new malware virus has spread via personalized messages with users' names, a "shocked" emoji, and a bit.ly link to a blurred out video which, when clicked, redirects users to a slew of websites that analyze their computers.

The hackers are thought to make money via advertising, and by getting access to a whole lot of Facebook accounts through their virus.

Brands: this is a reminder to avoid mysterious video links that might come through your Page's Messenger inbox, and to be sure to keep your antivirus software up to date!

10. We'll wrap with social media's role amid the most powerful hurricane since Katrina

Hurricane Harvey hit Texas with awesome force, and amid the unprecedented rainfall and hammering winds Texans took to social media. Snapchat's new Snap Map feature let users around the world take a peek into the devastation, and it put a twist on traditional news by overlaying facts on users' screens about the storm.

As users continue to join social media at exponential rates, these types of features—Snapchat's Snap Map, or Facebook's Safety Check—could help not only raise awareness of disasters or injustices plaguing the world but also deliver a new way for citizens across the world to help.