In this week's 'Skim: Facebook pulls an important B2B targeting capability (and how B2Bs can survive); Messenger hits 1.3 billion users, but its Snapchat Stories clone still can't compete; Pinterest reorganizes with boards within boards; Twitter pins hopes on new product director; Snapchat gets caught up in a diplomatic crisis between Qatar and Saudi Arabia, and it's being accused of censorship; three new Facebook ad features that could give your social media ROI a boost; and much more...

That's a big problem for B2B marketers, because many rely on this sort of targeting to advance leads through the funnel, but AdExchanger points out why marketers shouldn't pull their spend from the platform just yet. Until Facebook finds a solution, between targeting users who expressed interest in employer groups and pages, and the social network's other interest- and behavior-based segments, B2B goers still have loads of options on Facebook compared with others.

The virtual pinboard and search company is testing, and planning to roll out publicly in the next few weeks, a new feature that lets its users add more structure to their boards.

"Sections" will let users divide their boards into more specific categories related to the board's main group, meaning Pinterest lovers can decide that their "meals" board should have dedicated Sections for breakfast, lunch, and dinner, or that their vacations board should be broken down into beach, mountains, and staycations.

The new Sections can be made public or private. The feature is another one of the company's stabs at keeping users engaging with the platform longer. That's important for advertisers, and Pinterest certainly wants to be important to them.

CEO Ben Silbermann on how Pinterest is building for its core audience #TCDisrupt pic.twitter.com/uBB9tqfjnI

It's certainly an awe-inspiring number—1.3 billion monthly active users—but Facebook Messenger might be reaching a plateau in some saturated markets as the messaging platform's growth has slowed slightly.

The social network also released the first numbers detailing the performance of Messenger Day—Messenger's Snapchat Stories clone that the company introduced after launching a similar feature on WhatsApp—but the results are far less impressive.

Six months after launch, Messenger Day boasts 70 million daily users, whereas Instagram Stories took only two months to reach 100 million. Between Messenger and WhatsApp, Facebook continues to own messaging in the West, but Eastern competitors like China's WeChat and QQ still count 938 million and 861 million users, respectively, as of May.

As Messenger continues to reassert itself with new features like video chat and money payments, it's a race to see who can keep users engaged the most, and the longest. 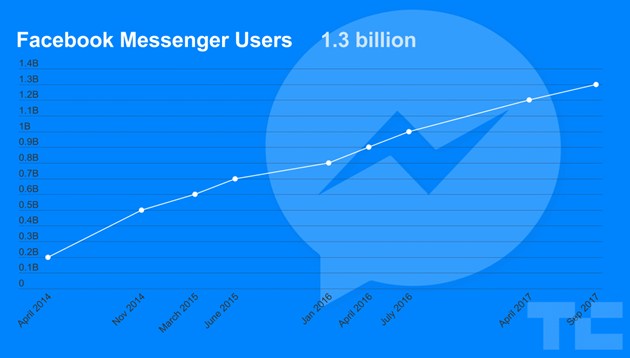 Spectacles have intrigued marketers with their branding potential, but few companies have figured out a way to integrate the product into their social media strategy.

The Burger King and Sainsbury ads launched last week for National Cheeseburger Day (yes, that's a thing), and give viewers a 10-second, bitesize clip that feels like it could have been filmed by one of their friends, albeit with a couple additional overlays and visual elements throw into the mix. 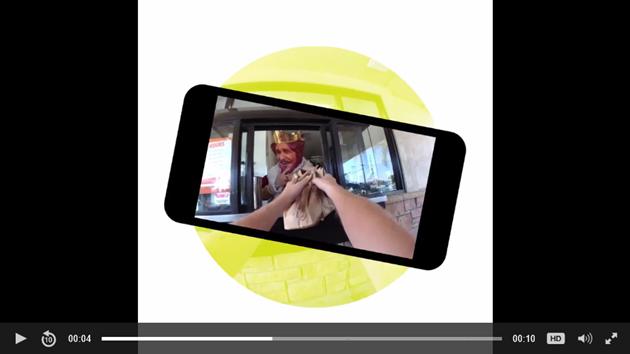 What do you do when you've worked at Microsoft, Facebook, and Snap Inc.? Probably get a job offer from Twitter. Former Facebook executive Sriram Krishnan is joining "the flock" over to help grow the future—and most probably revenue streams—of the company.

Krishnan founded Facebook's mobile ad exchange and the Facebook Audience Network, and led various monetization efforts at Snap. Twitter is still clearly searching for the right mix of talent to develop its ad offerings and find new routes to monetization, and Krishnan's addition could be key to that recipe.

Facebook has developed various features in recent years to help its community get more information, contact loved ones, or donate to causes when the unthinkable happens. Now, the social network is housing all of those features—Safety Check, Community Help, and Fundraisers—under one umbrella to make it easier for all to access when disaster strikes.

The new tab, "Crisis Response," can be found within the mobile app's main navigation and soon on the desktop homepage, and it will also include links to articles, videos, and photos publicly posted on the social network to help raise awareness and provide more info about any particular event.

Amid fake news and live streamed violence, at least features like Crisis Response can bring awareness, aid, and information in times when some people need it most. 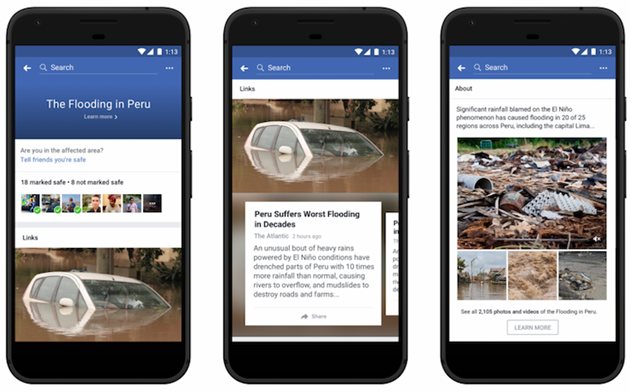 7. Snapchat blocks Al Jazeera in latest drama between Qatar and its foes

Surprisingly, Snap Inc. got pulled into the limelight of an ongoing Middle East diplomatic crisis between Qatar and its neighbors when Saudi Arabia, the leading member of states boycotting Qatar (ostensibly for financing terrorism, but more likely for playing footsies with Iran), demanded that Snap Inc. pull media outlet Al Jazeera from Snapchat.

Snap conceded, saying it must comply with local laws in the countries in which it operates, but is likely struggling behind closed doors since the company is in a seemingly never-ending battle to expand globally amid increasing competition from Instagram and others.

Snap said Al Jazeera will still be able to post messages on its platform, and that the publisher is still available in 14 Middle Eastern countries.

Haven't yet taken the dive into Slack or Facebook's Workplace for better, more social office productivity? Keybase wants you to instead meet Teams, its new, fully encrypted and free alternative to Slack.

The company, which develops tools for private messaging and more, was built by the guys behind OkCupid and SparkNotes, and now they're ready to take on workplace productivity giants like Microsoft and Slack.

The software is available on desktop and via mobile apps on Android and iOS, and it promises support for up to 1,000 employees or community members and end-to-end encrypted group chat.

But "free" might not last forever, with Keybase saying it will likely begin charging businesses in the future. In any case, it could be worth a gander should your team need a new way to organize and optimize. 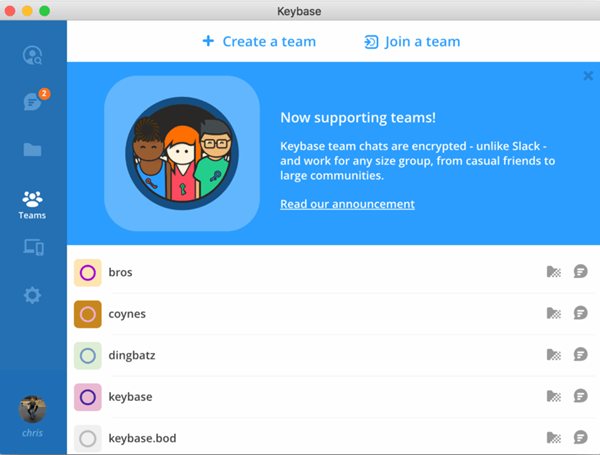 9. How three new Facebook ad features could increase your ROI

Split-testing, AKA A/B testing, lets your team test your creatives among different audience groups, testing variations until optimization is achieved. But that's not all. The social giant's new Customer Lifetime Value feature expands on its Lookalike Audience capability to let advertisers drill down to find whose most likely to react to your ad and make a purchase, and the company's Fullscreen Canvas ad unit creates an immersive, mobile experience optimized for different business goals.

We've given you the lowdown, but it's time to check it all out in detail to see how these new features can give your brand a boost. 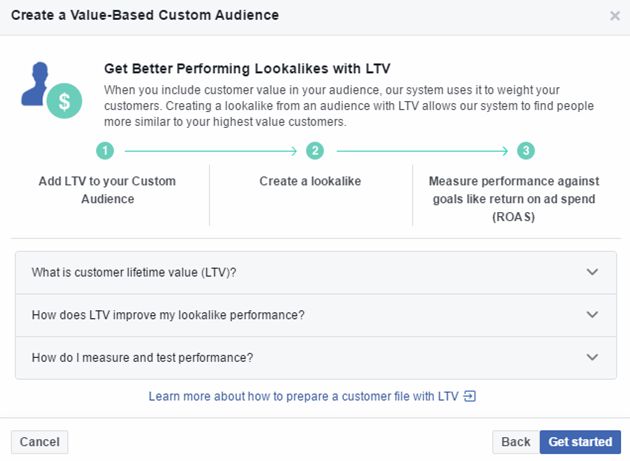 Tech giants like Facebook and others are under increased scrutiny from government officials globally in a trend that's likely to amplify. Perhaps no business has created as important a global platform to share ideas as Facebook, and concerns about online speech rights, censorship, and legality have only grown to the point that even US regulators are starting to question the outsized power of American tech giants.

The US asked Facebook to cooperate on an investigation of Russian involvement in the US election, and more than 50 countries have passed laws in the past five years to gain greater control of how people use the Internet. Europe has denied the social network from gathering user data via its messaging apps, and China rejects any effort to bring Facebook's platform within its borders.

In the meantime, Facebook continues its push for its next billion users, in Africa and beyond. But what some see as conflicts of interest between Facebook's massive ad-revenue inspired data library and consumers' privacy, as well as governments' control over speech, will continue to plague the tech giants until an equilibrium is reached.