This week: LinkedIn's new tool helps measure your competition's growth; Facebook's quiet journey to becoming an enterprise software giant, plus its new admin controls for Groups; why Twitter's thanking email and push notifications for its pending profitability; five cool ways to get creative with LinkedIn video; why users will soon be able to see who your Facebook page is targeting and how much you're spending on ads; how to tell whether your social media strategy is working; more...

Skim to save time!

The new insights will help brands not only compare employee growth of a company with those of its peers over time but also find out which functions in a company are growing more rapidly than others. The new benchmarking features are rolling out on desktop, with a mobile version coming soon. 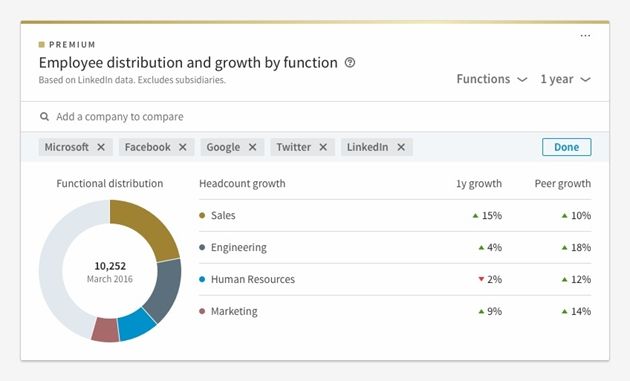 The social network seized the opportunity to not only announce its growth but also introduce Workplace Chat, a desktop app—soon to include a group video chat feature. That means users no longer have to login to a browser to chat with colleagues.

Facebook has an impressive history of imitating features from competitors like Snapchat and Slack. The social network could well carve out a new expertise and lay yet another brick toward world domination.

Members' and administrators' roles in Facebook groups will now be indicated with badges, with admins, group moderators, and new members sporting tags below their names. When group members click on the names of other group members, a group-specific profile will appear that showcases role and activity within the group, as well as common interests and other publicly available information.

Admins can now also write automated welcome messages on groups to welcome new members, and they can access new insights to help them publish posts when group members are most engaged on the platform. 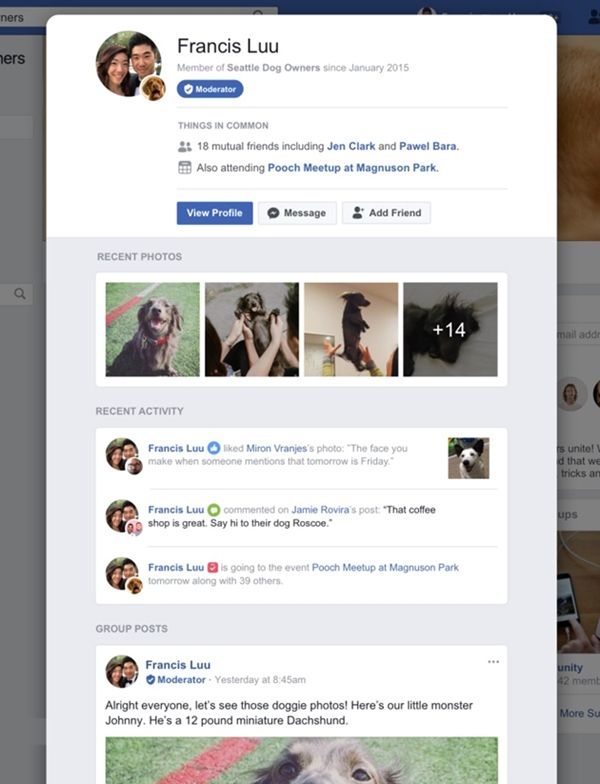 4. Twitter edges toward profitability thanks to email and push notifications

Twitter wooed investors with its third-quarter financial report, posting a loss of only $21 million (significantly less than its $103 million deficit one year ago). In fact, Twitter's thinking is so positive that it says it could turn its first net profit by the end of the year should growth reach the high end of its target.

The social platform now has 330 million monthly active users—an increase of 4 million since the second quarter—and the company attributes that growth to greater use of email and push notifications that help users find tweets they'll want to read.

5. Five ways to get creative with LinkedIn video

Two-thirds of American consumers watch mobile video, and now that LinkedIn's introduced its own native video feature, brands need to find ways to stand out from the pack on the platform.

From taking users behind the scenes of your company and sharing what your brand has up its sleeves, to giving previews of products and events and interviewing people that are passionate about your industry, Adweek has five creative ways—and real life video examples—of how to be more engaging while keeping things simple and concise.

Facebook ran into a lot of criticism since it was revealed that Russia used Facebook ads to influence the 2016 presidential election, and now the social network is prepared to unveil transparency measures next month to combat such practices.

Users will soon be able to visit a Page, click a button, and see all the ads that Page is currently running on the platform, as well as how many impressions the page has gathered, how much on average it's spending, and which demographics the ads are targeting. Political organizations will have to verify their identity and their location, and all posts will include a "paid for by" message.

Perhaps this new level of accountability will hold some feet to the fire. 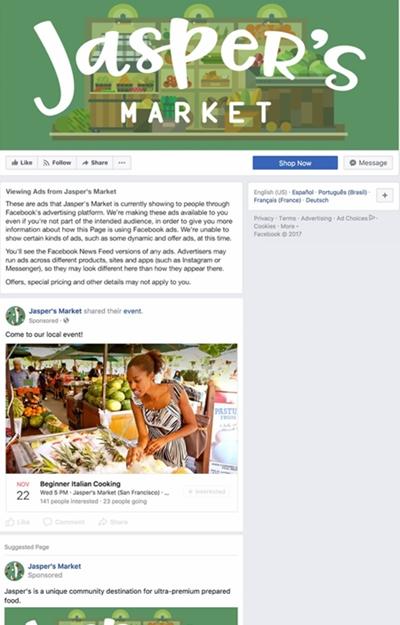 The fast-growing social network is testing a new format to add to its arsenal of creative video tools following its introduction of Superzoom last week: a stop-motion camera.

Its Stop Motion tool will let users stitch together a series of photos into a GIF that can be subsequently posted to their Instagram Stories, and the feature could be rolled out globally should it prove successful with its test group.

Aside from cloning Snapchat's features, Instagram has been developing experiential features and trademarks of its own—like the Boomerang, which let users film a brief looped clip that plays repetitively to viewers.

Brands are sure to get creative with stop motion, so we'll be on the lookout.

8. All the ways to tell whether your social media marketing is working

Unlike some many other forms of marketing, it's notoriously difficult to track social media return on investment. But since social is here to stay, and companies are taking it seriously, it's important to define what social media success means to your brand, and how to measure it.

Traffic, revenue, visibility, and followers are some metrics that a brand's social media strategy can revolve around, whether the goal is driving website traffic or building awareness. But instead of getting caught up in impressions, traffic, and number of followers, choosing more concrete measures of success, like conversions, engagements, and website behavior, and tracking those via tools like Google Analytics, can lead your brand leaps and bounds toward understanding the impact social media can have. Check out how now!

9. How agencies are helping brands with social media

Many companies just don't have the resources or expertise to craft a social media strategy to help drive leads and respond to consumers' expectation that a brand be available everywhere, anytime. That's why many hire agencies to assist in social, but what exactly do these agencies do?

Simply Measured surveyed nearly 1,000 social media marketing agency professionals, and found that over 85% of them help clients create social media content itself; moreover, over 80% help brands understand the impact and influence of that content via social media monitoring.

But what percentage of brands ask agencies to publish on their behalf? What about strategy design? Find out how your brand stacks up! 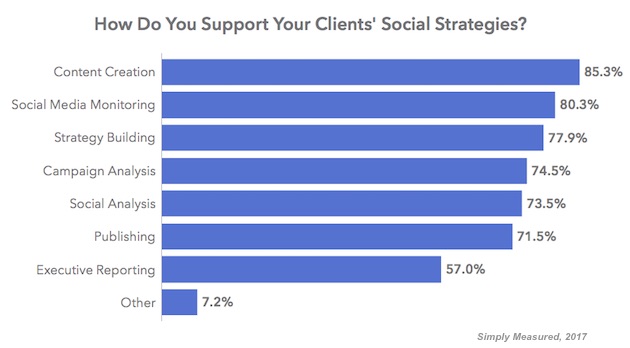 10. We'll wrap with the Russian ads that reached 126 million people on Facebook

Facebook recently admitted that Russian-backed ads intended to sow skepticism and spread misinformation among Americans prior to the 2016 election reached over 126 million people on the social network, and now we're getting our first look at the ads themselves.

Facebook turned the ads over to the House Intelligence Committee as a part of the government's investigation into Russian involvement in the election, and they paint a clear picture of the relatively subtle approach the culprits were taking to forge divisions among Americans and to discredit candidates. 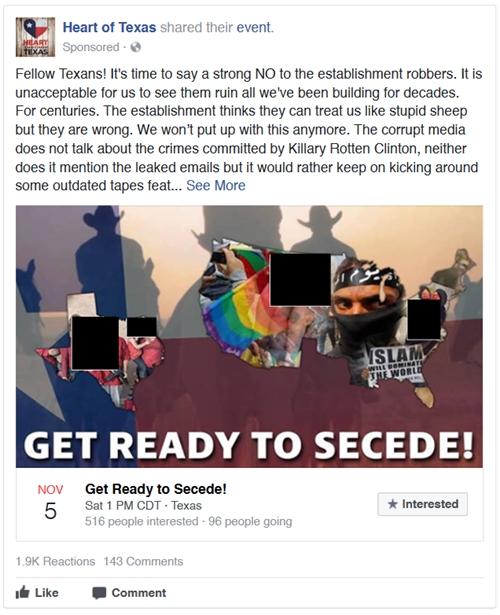