This week's 'Skim: why Snapchat's new algorithm is unique and what it means for users; Facebook preps Messenger Broadcast for business communication; Twitter tests a bookmarking feature; YouTube gets more social with its own version of Snapchat Stories, also faces advertiser exodus because of children's-content complaints; Tumblr's CEO is stepping aside after 10 years on job; the top 9 social media trends to watch for in 2018; how Facebook's using AI to prevent suicides; and more…

Skim to keep your social media strategy in tip-top shape!

1. Snapchat has a new take on the algorithm, rolls out personalized experience for users

Instead of pushing content that's popular among the entirety of the platform's users, similar to what Facebook does, or in reverse chronological order, like Snapchat used to, Snap Inc.'s new algorithmic redesign will adjust based on the individual user. That's right, the app will mold the content it presents based on what a user tunes in for most.

Snapchat is also separating friends from media, with all content from friends going on the "left side" of the app's home camera screen (sorted by whom you engage with most), and premium publishers and "professional influencers" (celebrities) to the right. Snap Map will live on, but in the Discover section, along with stories from search.

Though, for now, the user interface looks just about as confusing as Snapchat's always has looked, this new personalized algorithm could pave the path to more time spent in the app, and thus more of the elusive ad dollars the company needs to set it back on the right side of the Wall Street.

The social network recently introduced its Broadcast API, which enables brands to automate message blasts to Facebook users who have already been in contact with their company via Messenger before, but not all businesses had the development chops or funds to make it a reality.

Cue Messenger Broadcast, a currently unreleased but under-construction equivalent to Facebook Ads Manager; it streamlines the messaging blast process much the way Ads Manager makes it a breeze for social media marketers to promote posts.

This could mean a new, fine-tuned targeting abilities for mass messaging of a sort that's currently not possible on Facebook. Keep a lookout for this one.

After an enormous number of requests from users, Twitter's about to give them their beloved ability to save tweets for later viewing. The new feature, called (uncreatively but understandably) Bookmarks, is reportedly to be released soon, allowing users to privately store away a set of tweets for later reading. Merry Christmas! 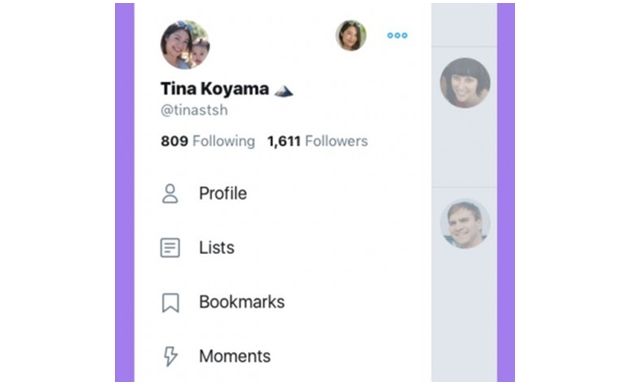 Snap Inc. missed the mark for investors after the company fell $30 million short of anticipated revenues last quarter, and now the social app is eyeing more immersive ad formats to encourage more ad spend. What do they have to show for it? Two new ad formats.

Promoted Stories sequence together several snaps from a brand to create a slideshow-like ad accessible to all users in a given country from the Stories section of the app. More intriguing are Snapchat's new Augmented Reality Trial ads, which let users give brands' products a go via an AR overlay that brings the product into the world around them.

The new ads are particularly appealing for brands keen on reaching those elusive 13-24-year-olds, whom Snapchat can reach more easily than either Facebook or Instagram.

Introducing Reels, YouTube's answer to Snapchat's Stories, and its latest effort in a round of updates to make the video platform a more social destination. The new stories format is available in the community tab for creators who have more than 10,000 subscribers, and it gives these YouTubers the ability to share disappearing video clips just like they can on other social platforms.

But YouTube also gives creators the ability to make Reels permanent, and enables new ways for creators to engage with their fanbase through polls, previews of upcoming videos, or content promotion from friends and collaborators. Reels will launch as a beta before expanding.

The Google-owned video network is facing a new round of backlash and fewer advertising dollars after several major brands, including Adidas, Deutsche Bank, Lidl, and Mars, pulled campaigns from the platform based on reports by the BBC and The Times.

Brands' ads were reportedly appearing alongside videos of children that had obscene comments tied to them. Buzzfeed in turn uncovered pedophilic autocomplete search suggestion that left YouTube searching for answers.

YouTube has since stated its intention to beef up comments moderation, clarify ad policies, and give brands new controls that would make it easier for them to avoid placing ads alongside "higher-risk content."

Yahoo acquired microblogging website Tumblr for $1.3 billion in 2013, and it has since embarked on a series of oversold and underdelivered promises: projected $100 million revenue in 2015 that never came to fruition, and a $712 million write down in 2016.

It's no surprise, then, that founder and CEO David Karp is stepping out of the limelight so that COO Jeff D'Onofrio can step in.

Tumblr was once a social media success story, vying for brand's advertising dollars, but Yahoo's mismanagement of the acquisition has resulted in the social blogging platform's all but fall of marketers' radars; it remains to be seen whether it will ever recover.

Long gone are the days that a brand could create a simple static image advertising an event, throw it out on social platforms, and hope the world comes out to play. Garnering engagement with scroll-stopping visuals, and supporting them with a budget, are two keys to increasing attendance, but AdWeek has other top tips as well.

Covered in detail: how Facebook's relevancy score decides how much you'll pay for your ad, and how to minimize your cost; what you should include in an event ad to drive interest and ticket presales; how to use retargeting to increase conversion rates; and more.

Film editing solution provider Filmora hits us with nine top social media trends to watch out for in 2018, and it's no surprise that video plays a big part in most of them. But what trends will prove to be more than fads, and which ones does your brand need to take seriously?

Check out the full infographic for more, but here are some surprising stats that should spark some thought to prepare your strategy for the new year: 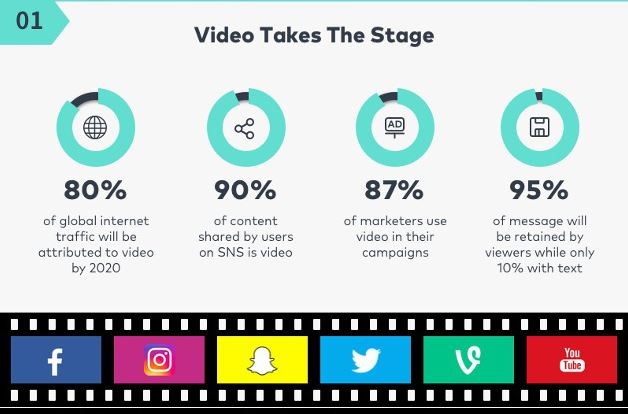 10. We'll wrap with Facebook's unique use of AI for suicide prevention

Facebook is looking to use AI to improve the speed and efficiency with which it detects posts and livestreamed videos in which people might be expressing suicidal thoughts, even before they're reported by other users. The technology will use pattern recognition to understand the context of posts and videos, and thereby improve how it identifies appropriate first responders, case by case.

The social network will use signals such as "Are you OK?" and "Can I help?" to identify and prioritize its proactive detection efforts, and it has already worked with first responders on more than 100 wellness checks in recent month thanks to its efforts. 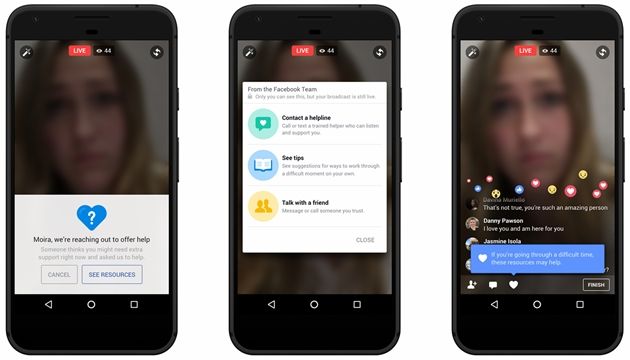