Skim for all the latest tips, tricks, and shifts!

Messenger Kids is like training wheels for social media, and possibly the company's key to roping in the youngest digital natives. Facebook announced the ad-free, no in-app-purchase platform this week, and tackled tough questions about the company's seemingly sneaky approach to target youngsters by saying that, since kids under 13 years old are already using social apps they technically shouldn't be using, at least now parents can have more control.

Parents can set up a Messenger Kids app via the App Store; they must authenticate it with their own Facebook username and password, and they can control both who is on a child's contact list and who appears online. Though the app doesn't collect information for ad targeting, the fact that Facebook can bring children as young as six onto the platform at such an early stage could spell success in new ways. 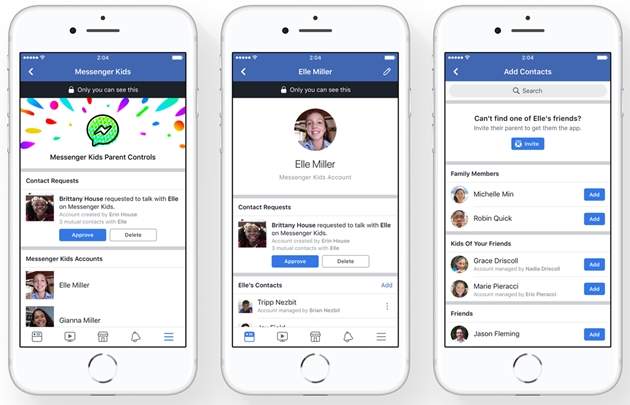 2. Instagram tests standalone messaging app, could spell the end of the inbox

Instagram this week embarked on a six-country test that replaces its direct messaging feature, a move that could give parent company Facebook a third popular messaging platform to throw up on its shelf alongside Messenger and WhatsApp.

Instagram introduced Direct, a new, standalone app for iOS and Android, as a test in Chile, Israel, Italy, Portugal, Turkey, and Uruguay. And though there's no timeline for further expansion, the move mimics what was done when Facebook forced users to download Messenger to send private Facebook messages. The reason? Zuckerberg thinks an app can only truly focus on doing one thing really well.

The move could spell even further trouble for Snapchat, as Direct puts it even more in line with its core, camera-centric strategy. 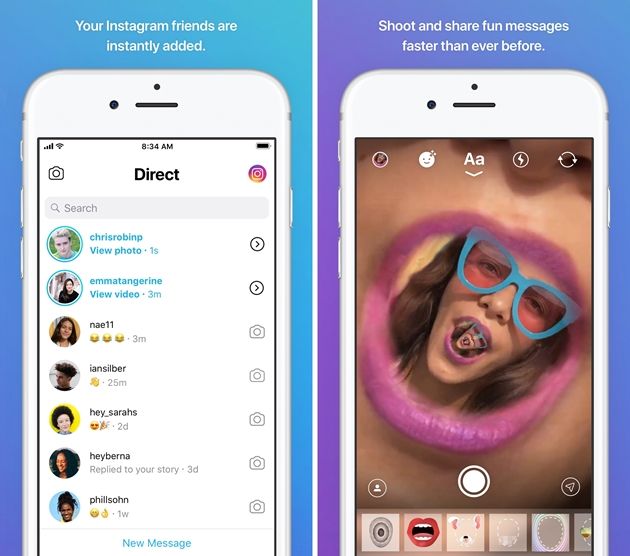 3. Twitter Lite launches in 24 new countries: Prep your targeting for far and wide

Tweeting just got easier—and cheaper—in a host of countries not particularly known neither for speedy Internet connections or low data costs. Consumers in Brazil, Mexico, Nigeria, Panama, and 20 other nations can now download a pared-down version of Twitter after the social network received positive feedback from a test launch in the Philippines.

Twitter Lite is optimized to enable users to load quickly and consume minimal amounts of data, even on 2G or 3G data networks, and its 3MB installation size frees up space on phones with little storage. In fact, Twitter had a 50% increase in tweets sent since debuting Lite earlier in 2017.

As social networks look for their next billion users, an app built for the needs of the rest of the world might be a good place to start.

With Facebook's new video platform Watch comes new ad rules. The social network, which has until now condemned the use of pre-roll video ads, and even eliminated it from its advertising vernacular, has reneged on its stance.

But Facebook Watch, meant to compete with YouTube and entice creators and publishers to produce content in search of ad dollars, moves the social network from a platform meant for short, viral clips suited to a scrolling news feed environment, to a more TV-like content with repeat viewers.

After six years at the pinboard social network, Pinterest's business lead Tim Kendall is exiting the company to launch a new business in the healthcare industry. The former Facebook director of monetization spent his time at Pinterest building a case for business to invest more heavily in advertising on the platform.

Now, with over 200 million monthly active users, the social network is poised to hit $500 million in revenue this year after having invested heavily in computer vision tools and image recognition to become a visual search tool. Pinterest appears set to announce an IPO sometime in 2018.

We told you all about tbh, the anonymous mobile app that prompts users to gives compliments to friends with predetermined questions. Well, it reached No. 1 in app stores, Facebook bought it, and now the world's largest social network has integrated tbh features into a Facebook newsfeed near you.

Facebook launched "Did You know?" on desktop and mobile this week, essentially a set of cards that encourage users to answer thought-provoking questions and share their responses with friends. Users can give the new feature a go via the Did You Know feature on their profiles, or by tapping "Try It" on their friends' posts. 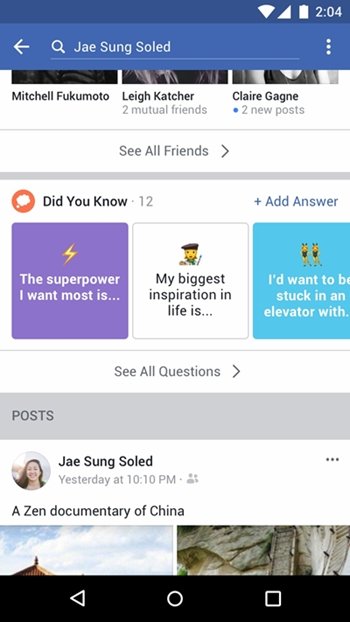 Tired of all your *amazing* Instagram Stories disappearing after 24 hours, or not receiving the recognition you think they deserve? Instagram knows, and this week delivered a solution in Stories Archive and Highlights. Now, once Stories expire after their 24 hours of limelight, they'll be automatically saved in your archive for later, private viewing.

Users and brands can also now add their favorite Stories to their "Story Highlights," a reel of Stories housed above your normal feed of photos and videos, where they show up for all visitors to your profile to view.

This feature should help brands make their campaigns live longer on the platform, and re-engage people with the best performing content their Stories have to offer. 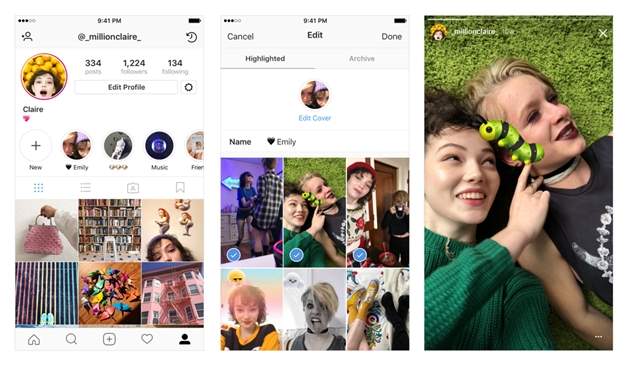 Periscope hopes to draw more live video creators and talent to its platform with the promise of more cash. The Twitter-owned platform expanded its Super Broadcaster program outside of the US, opening the door for Canadian, British, and Irish video stars to earn more revenue via a virtual tipping service.

Users can support their favorite broadcasters by tipping them with Super Hearts, animated icons that can be bought via in-app purchases. Twitter also bumped up the percentage that video creators will earn, with creators keeping the entirety of their earnings, aside from a one-dollar administration fee.

Periscope hasn't yet shared the magnitude of success in the US, but the social network's apparently confident enough to give it a shot globally, with rollout to even more markets coming soon.

For those of you who use live video in your social strategy, Facebook's new Creator app is more than worth a download. The new, standalone mobile app enables brands to add custom intros and outros, record branded videos, chat with your community, and get relevant insights about your live-video performance.

Social Media Examiner has a step-by-step guide to achieving it all—from using the Live Video Kit to brand-customizable and reusable video assets and applying such assets to your live streams, to using the app to dive into more enhanced video analytics and cross-posting on other social platforms.

About this time every year, the world's largest social network releases its Year in Review, a short feature detailing the most talked about moments on Facebook, which these days are inevitably the most talked about moments, period. Unfortunately, this year's review left many reflecting on tragedy after tragedy, and Engadget sums up the video as proof that 2017 was just, well, terrible.

This year's most talked about topics? The Las Vegas attack, the Manchester attack, the Mexico earthquake, and Hurricane Harvey. Sure, Facebook brought together a lot of people for fundraising and support, but we're hoping for a brighter and better 2018.

Your personal Year in Review will probably be more uplifting, so check it out for yourself here. 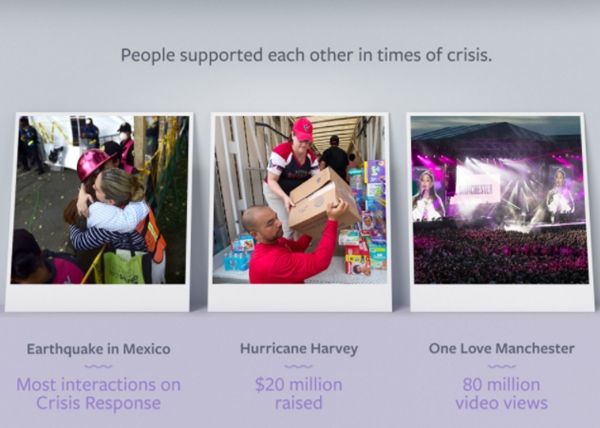