That's right, Twitter's famous 140-character constraint might soon get the boot. The news is coming right from the mouth of co-founder Jack Dorsey himself. The social network is testing the ability for a small group of users to tweet with 280 characters, doubling the former limit, in the hope that users will post more.

Twitter's original 140-character limit was an arbitrary choice by the company, back when tweets were sent as text messages, which were limited to 160 characters themselves. Language seems to affect how users tweet. Japanese speaking users, for example, can express themselves in much fewer characters and have less of a hard time sticking to Twitter's 140-character limit.

Twitter will collect data on the test prior to deciding on a platform-wide rollout in the future. And, no, for now President Trump isn't a part of the test group.

This is a small change, but a big move for us. 140 was an arbitrary choice based on the 160 character SMS limit. Proud of how thoughtful the team has been in solving a real problem people have when trying to tweet. And at the same time maintaining our brevity, speed, and essence! https://t.co/TuHj51MsTu

2. Get to know the content preferences of LinkedIn users

Recent research from the professional social network provides some crucial insight into exactly just what content LinkedIn users want to see as they scroll down their news feeds.

The figures shed light on what your brand could be doing better on the platform to engage its community and ultimately drive leads. The largest proportion of users cite educational/informative content and content that's relevant to their specific interests as the first things to catch their eyes, but what type of content do they find the most compelling? Are tips and best practices the way to go, or do users want product information? How many ad types should your brand test?

Find all that out and more, here. 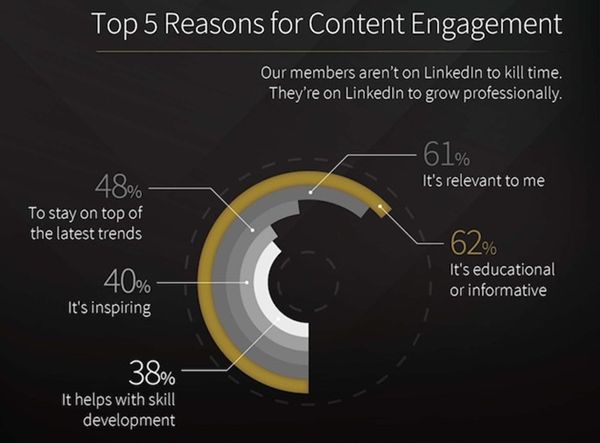 Big news for those interested in digitally retargeting users who have previously visited their brick-and-mortar store, called their business by phone, or made an in-store purchase within the last 30 days: Facebook's rolling out the ability for brands to do just that with ads across Facebook, Instagram, and its wider Audience Network.

This capability adds on to advertisers' previous abilities to retarget audiences based on other offline activities, such as email addresses and phone numbers of customers from newsletter lists or loyalty programs. It also means that users who have allowed Facebook to track their location via the mobile app at all times should expect to receive ads from businesses they've popped into physically, which could be viewed as either very helpful to the consumer or an overreach infringing on privacy.

Social platforms like YikYak and Secret have received their fair share of criticism for enabling cyberbullying, particularly among the demographic arguably most likely to experience its negative effects—teens. But social app tbh, teen slang for "to be honest," hopes to change all that. Considering its success in reaching number one in app stores, it might well be on its way.

Instead of leaving users free to say what they want without having their names associated with their words, tbh provides prompts to its users about four random contacts in their phones—such as who has the most integrity—which users then answer anonymously. Answers are saved within the app, meaning users can go back and check out their list of attributes when they might be feeling down.

The (addictive) catch? Users can answer only 12 questions per hour, and some users apparently just can't get enough. The tbh team's stated goal is making this generation happier, and they might be well on their way. 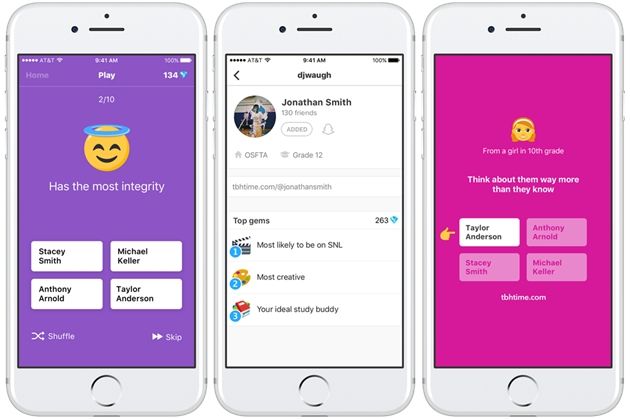 Subscribers trends have never been something easy for brands to track on YouTube, let alone figuring out where new subscribers came from. Since the Google-owned video and social network has introduced new, interactive features, including end screens, that job's gotten only more difficult. But YouTube's product team has revamped its analytics reports to help brands get a bit more insight into exactly what's driving subscriber growth.

A new "YouTube Watch Page" within Subscriber Reports will detail how many subscribers came from a specific video, and a new "Interactive Features" category will show just how effective your end screens and cards are at generating new subscribers. Tons of new details, all explained here, should get you on your way to better understanding how to drive views and subscriptions for your channel.

Indications are that Twitter's lofty ambitions of producing 16 live streamed shows and features—from Major League Baseball to Buzzfeed and LiveNation—are becoming a reality after the social network seems to have secured enough advertising to produce all 16 shows.

That's an impressive feat, considering that social networks rarely see as much success as TV networks when pitching their new slate of shows to advertisers, which could mean Twitter's offer is one they just couldn't pass up. Ultimately, though, it'll be Twitter users who decide the fate of this new live-video content.

The sky's apparently the limit for Instagram, which is fresh off the heels of reaching 800 million monthly active users, 500 million of whom use the app every, single, day. What's more? The Facebook-owned platform's growth isn't letting up, which could mean Instagram could be on its way to reaching Facebook-scale user numbers—i.e., crossing the 1 billion mark—in the not so far future.

Need any other stats to convince your superiors that Instagram's a must? Time spent by users viewing videos has increased 80% in just one year, and Instagram now has over 2 million advertisers on its network.

The numbers might also give Snapchat a scare, as Instagram's explosive growth has, by many accounts, come at the expense of Snapchat, with Instagram copying numerous features originated by Snapchat.

8. To watch: A new popular polling app integrates with Snapchat and has teens abuzz

Teens think anonymity is fun, which could explain the success of anonymous messaging apps like Sarahah. But now it's Polly's turn.

Polly, a social polling app, lets its users—99% of whom are teens—create multiple-choice polls that easily share on Snapchat, Twitter, and Facebook. Polly launched under the radar in August, but it has already amassed over 100 million votes, 5 million polls, and 20 million users in the past month.

Polly could also serve brands by helping them answer questions about perception, products, and services, particularly if the brand is looking for some insights from their youngest consumers. 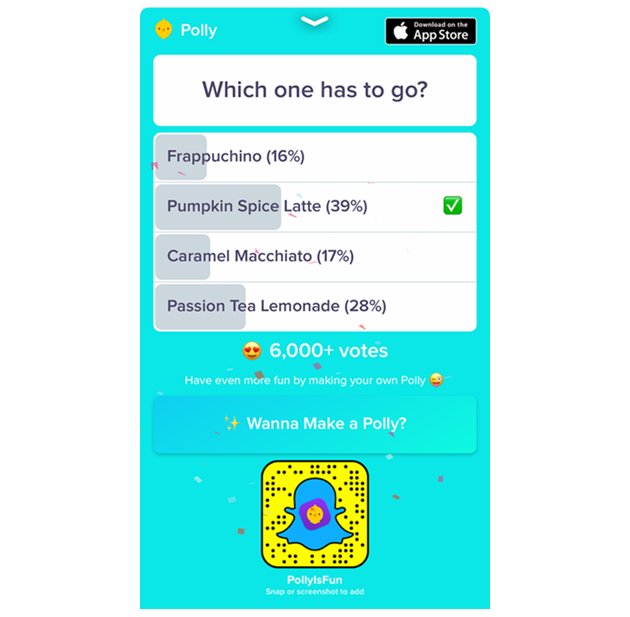 Navigating to each individual competitor's Facebook, Instagram, LinkedIn, and Twitter profiles might help you gather some broad insights about their social media strategy, but many social media marketers just don't have the time to sift through endless feeds. But don't fret, there are tools to help your brand stay on top of competitors' social media activity, and hopefully deliver the insights needed to take them on.

Social Media Examiner has some of the best online tools to see how your brand stacks up against the pack—from video marketing comparison for YouTube performance and identifying content trends and matching up audience data for competitive intelligence purposes, to finally getting the metrics you need about your Snapchat engagement... 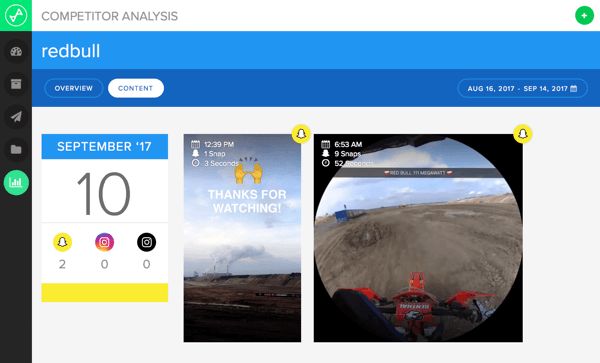 Actually, you might be surprised to know that this is nothing new. However, the Department of Homeland Security, in an effort to "be transparent" and "comply with existing regulations," will update its Privacy Act system to include references to this type of data collection.

Scrutiny of immigrants, including Green-Card holders and naturalized citizens, grew during the Obama administration, and continues its increase during President Trump's. Critics say the proposed update to the Privacy Act, due to take effect on October 18, is much too broad in wording for us to truly understand what the government will collect.

What are your thoughts on the news? Is it an overreach by government into the privacy of citizens, or a natural evolution based on the threats posed in modern society—and often exploited—on the Internet today?