This week's 'Skim: why marketers and brands should beware of Facebook's biggest algorithm change in years; LinkedIn fires up an unconventional ad campaign to get people thinking differently about the platform; Facebook unveils major new drive to compete with Amazon Echo devices and Google Home; America's love-hate relationship with social networks, and which ones they want to see gone forever; why LinkedIn has new competition in Ripple, a professional networking app spinoff from Tinder; the reason leaked Snapchat data paints a dark picture of the app's future, and why marketers would rather advertise on Instagram; how to create social campaigns that engage and get attention; the new social network dedicated to breaking the echo chamber; and much more...

Skim for a new point of view!

Over the next few weeks, Facebook is set to implement the biggest overhaul of its algorithm in years, exposing users to more content from friends and family and less from brands and publishers.

The social network will start surfacing posts that your friends have engaged with—such as a status update that many of them have reacted to or commented on—more so than posts from media companies.

The algorithm change will have far-reaching implications for businesses and publishers (hello, again, decreased reach), and will likely have brands even more dependent on paid media on the social network. But the modification also brings with it questions of whether it could amplify the echo chamber if users are exposed to content only their friends are interacting with.

Zuckerberg says a new emphasis on posts from friends rather than viral videos will benefit not only users' mental health but ultimately the company's business goals.

The professional social network is no newbie to award show spots (it launched its first TV ad campaign during the 2016 Academy Awards), but this year's took viewers by surprise with its messaging.

Under the tagline "In It Together," the spot seems to shake the social network's professional, white-collar stereotype by featuring LinkedIn users who don't necessarily fall in line with what we'd normally expect to see there. It highlights mixed-martial-arts fighters and ranchers in a black-and-white, documentary-style fashion, pushing viewers to think of LinkedIn as more than a place for corporate, sedentary professionals chained to desks.

Check it out, below!

Consumers will start seeing Facebook invade their homes in new ways if the social network has its way. In May, the company plans a formal product unveil of Portal, a video-chat device with other social features, including integration with Spotify and Netflix and recognition of users' Facebook profiles—and it will be controlled with voice commands.

The device, set to ship in the second half of 2018, should be the first brainchild to emerge from Facebook's hardware lab, Building 8. The price of Portal? $499, a hefty increase over that of Amazon's Echo Show, so we'll see whether Facebook can make further headway into Middle America with a price point like that.

4. Americans' love-hate relationship with social media is complicated but telling

Some 183 million Americans and Canadians use Facebook every single day, but that doesn't necessarily mean the social networks intertwined with their daily lives are ones they love. In fact, a recent Harris Poll finds that some of the most popular platforms are ironically the most divisive, and it provides insights about which platforms are still unknown to large segments of America.

Twitter might have 330 million monthly active users, but 46% of those surveyed would prefer to "kill it and hope it dies," in the words of the poll. The dislike softens a bit for Facebook, with only 32% hoping the social network disappears, whereas 40%, 32%, and 26% of respondents hope for the demise of Snapchat, Instagram, and Pinterest, respectively. 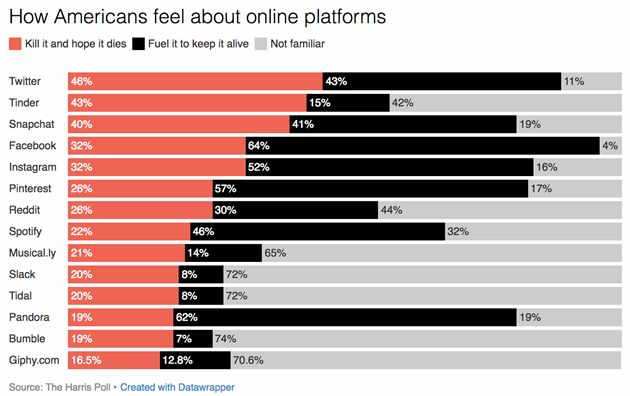 What began as an internal hackathon at dating app Tinder has become a mobile-first alternative to LinkedIn for professionals, built with psychology in mind. Its apparent aim is to emulate the success of Tinder vs. other online dating platforms.

Instead of being a business feature within Tinder itself like Bumble has done, Ripple was launched as a standalone app that still uses Tinder's swiping capability, but it also includes an algorithm that lets users flag others for inappropriate behavior to cut down on abuse and harassment.

Eager to give Ripple a whirl? It's now available in the iOS and Android app stores. Now go be... professional! 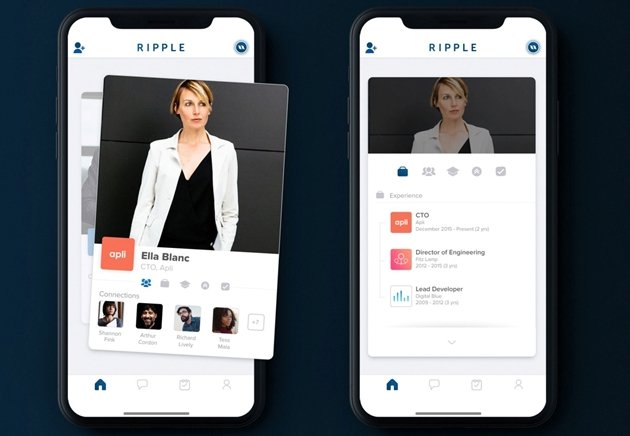 Somehow, somewhere, someone at Snapchat made public a massive quantity of usage data that does not bode well for the future of the social network. The most depressing data point? Snapchat Stories has shown zero growth. Zip. Nada. Actually worse than the app's total user growth in 2017.

That likely means Instagram's clone of Stories has sent Snapchat's original format hurtling toward a brick wall, something we've all but guessed but hadn't data to back it up.

Snapchat's new Snap Map live location sharing tool, which hit a high of 35 million daily unique viewers just after launch in June, dipped to just 19 million (or 11% of the app's users) by the end of 2017.

Unfortunately for Snap Inc., it looks like the company's woes are not nearly a thing of the past. And now everyone knows it.

7. Facebook pulls the plug on AI personal assistant on Messenger

If you hadn't heard of M, Facebook's human-powered personal digital assistant for Facebook Messenger, there's probably no reason to fret. After a long beta period that began in 2015, Facebook has decided to cut power to M, signaling the project just wasn't quite ready to provide assistant-level power to the network's 1.3 billion monthly users.

But AI-powered suggestions from M, which provide recommendations like relevant GIFs, pre-populated expressions, and the ability to save content, will remain in Messenger.

Facebook says it'll use learnings from M to power other AI endeavors, so the project wasn't a total loss of time and investment—even if you never saw it.

8. Snap shares take a slide after most brands say they'd rather advertise on Instagram

Snap Inc. shares took a tumble last week after Wall Street investment firm Cowen released insights suggesting that 96% of advertisers ranked Snapchat lowest relative to other social networks in terms of where they want to invest their budgets.

That means ad buyers find Snapchat a humblingly horrible place to buy inventory if hoping to receive the best return on investment, the most sophisticated targeting capabilities, and top-notch data, analytics, and measurement tools. 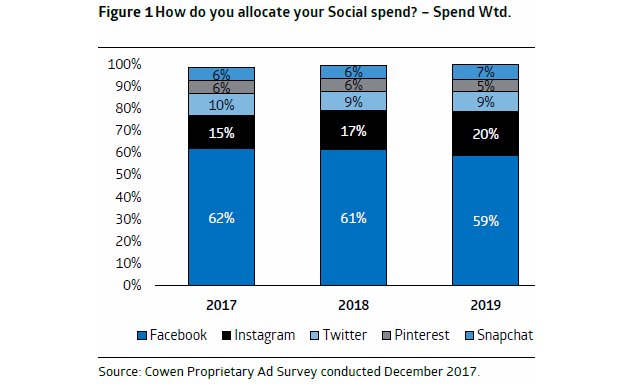 9. How to create social media campaigns that engage and get attention

In 2017, many of us learned that we're all at the mercy of Facebook's algorithm, that we don't really understand how YouTube works, and we can't keep up with all the new ad formats across platforms. All of which leads us to one conclusion: Creating great content and engaging users isn't easy, but marketers can't simply walk away from it all, because consumers will remain where they are.

A MarketingProfs article has a fantastic six-step guide to crafting killer social media marketing campaigns from start to finish. Covered in detail: how to generate truly creative concepts that connect with real audience needs, how to execute those and drive results, and how to analyze and measure your results.

What are you waiting for? Get started! 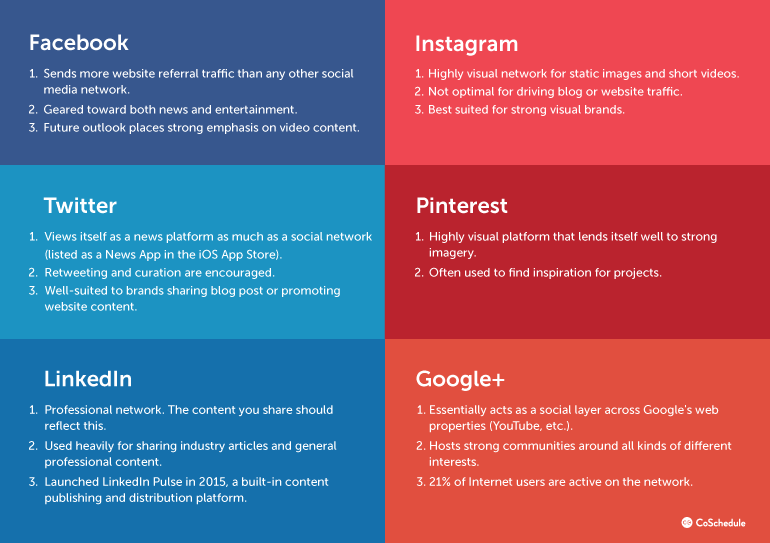 10. Neglecting your YouTube channel? Here's how to grow it.

YouTube can serve as a great platform for tutorials, testimonials, unboxing, and tons of other video content that can help generate leads and facilitate answers to customers' questions. But how can a brand create video content that works well with YouTube's algorithm to maximize performance?

It's not just enough to post videos multiple times per week, so Social Media Examiner has 15 top tactics for growing a YouTube channel.

Find out how you can begin videos with an interesting hook, why you should keep opening and closing credits short, tips to create attractive thumbnails, the best way to design a three-pronged content mix, how to use end screens to drive traffic, and much more.

11. We'll wrap with the app dedicated to breaking the echo chamber that is social media

In 2017 we heard lots of chatter about fake news, online abuse, and the fact that social media can often serve as an echo chamber in which we surround ourselves with people who think like us. Micgoat, a new social app dedicated to opposing viewpoints and facilitating cordial debate, hopes to change all that. It launched in the App Store last week

The app asks users to submit short, debate-format videos of themselves defending their positions on anything ranging from Net Neutrality to the merits of a basic universal income. Thanks to users' not being able to hide behind anonymous text, and needing to tie a Facebook profile to their accounts, so far the app reports that abuse hasn't been a problem.

That's more than a positive step in the right direction, if you ask us. 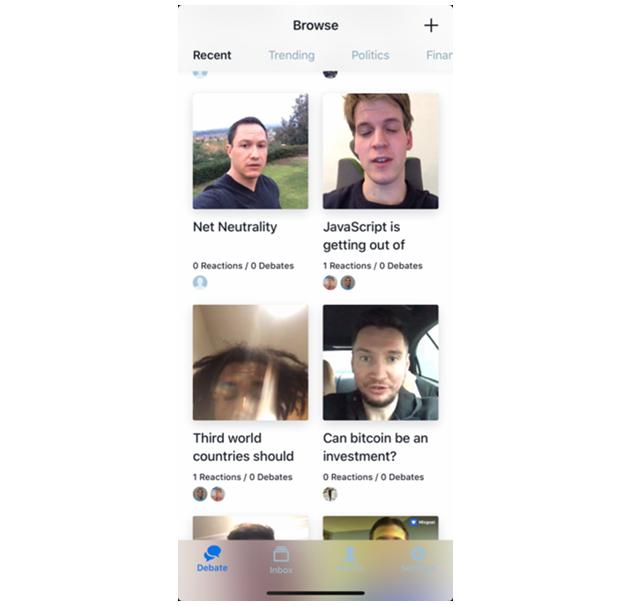