This week's 'Skim: all about miniprograms... how they'll replace apps and why they'll probably change the course of social media; Snapchat aims for more visibility by making content shareable outside its app; what we know of new app v2 from Vine's founders; Yahoo Finance launches a social media app for saving money; Snapchat ups its analytics game with app-install ad capabilities; how Foursquare took an enormous risk, and how it's started to pay off; why Rupert Murdoch thinks social networks should pay news publishers for content, and why that might not be a bad idea; and much more...

1. Will miniprograms replace apps? Yes, if WeChat has its way.

WeChat is touting the success of miniprograms—stripped down versions of apps that live within the WeChat messaging platform so users don't have to download them separately—by marking the fact that it now offers 580,000 of them. That's a big deal in more ways than one, particularly when you consider that the App Store offered only 500,000 iOS apps from 2008 until 2012.

Developers and consumers alike are warming up to the idea of an app-free world, with one million developers now looking to fulfill the needs of users who'd like one tool to access everything. WeChat users already use the app as a central hub, doing everything from texting friends and ordering groceries to booking doctor appointments and hailing cabs.

Miniprograms are likely indicative of where social will move in the future, and if we had any money to bet we'd bet big that Facebook's already knee deep in developing similar, one-app-fits-all capabilities on WhatsApp before WeChat can fill the void in Western markets, particularly the US. 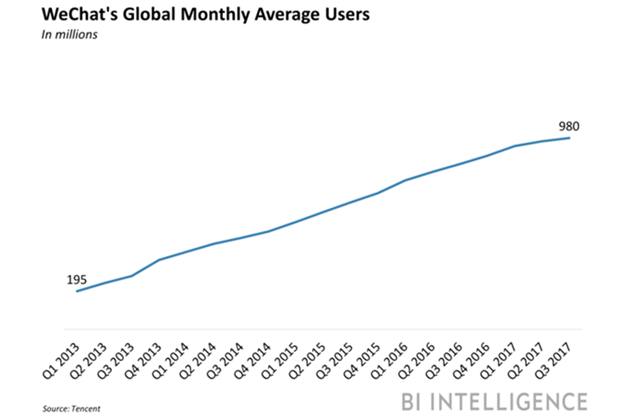 2. Snapchat opens up its walled garden, shares stories with the masses

Plain and simple, Snapchat's been struggling to grow its user base, and so the social network's latest plan lies in taking down the walls that keep its content within. That's right, soon enough stories from official accounts will be shareable outside the app via a link, meaning celebrities' ephemeral snaps can be spread further and regular users who contribute to a public group stories could see their content make it elsewhere on the Web.

The move makes sense: Content that's embeddable by publishers and others on the Web helped make YouTube the biggest video platform in the world and Twitter a common source of news commentary.

What's Snapchat to gain in all of this? More visibility outside its app, new insights as to where their content is spreading, and the possibility of monetizing that content with ads.

3. The makers of Vine are back with a new app. Here's what we know so far.

Defunct Vine might still be owned by Twitter, but that doesn't stop its founders from taking another stab at hitting it big with a video app with a logo eerily resembling its predecessor's. v2, as Vine co-founder Dom Hofmann refers to it, is probably on path for a spring or summer launch this year, and it will likely feel familiar to former Vine users while also bringing with it a fresh approach.

No word on whether the final name of the app will be v2, but the company's not wasting time building hype, and it has already opened a minimalistic Twitter account to share news.

Instagram might be taking over from Snapchat in more ways than one, but none of the major platforms is currently mastering the 6.5 second videos that made Vine famous. That's where v2 sees its advantage, but we'll have to wait to see what else the team has in store for us. 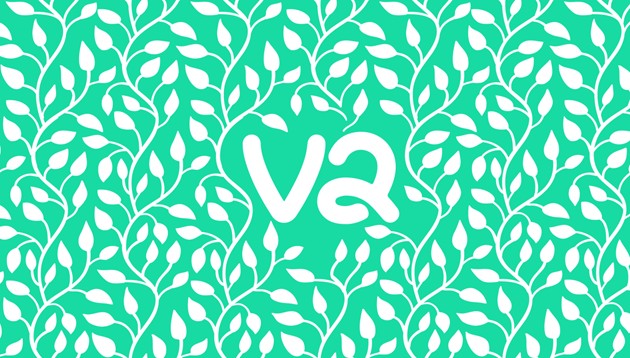 Yahoo is bringing social media to savings with its new credit card replacement app, Tanda. The app enables small groups of either five or nine people to pool funds together in one big pot, with one member taking home the full amount each month.

Built on the idea that people are more likely to save with collective peer pressure on them, Tanda users contribute a fixed amount to the group's savings account each month. Users who take the pot home at the beginning of its life are charged a small fee, whereas those who go longest without claiming their pot receive a two percent cash bonus. Tanda rates users based on how long they've been making contributions, with users gaining access to higher value savings circles as time goes on. Revolutionary? Scary? We're not sure yet.

Quite possibly the social network that provides the least insights for marketers, Snapchat is making a play for more advertiser confidence by bolstering the analytics and app-install ad capabilities on Snapchat.

Rather than opening a landing page on a browser that users then click to open a brand's app, when users swipe up on a new app-install ad, the social network will open the brand's app directly, assuming the user already has it installed.

Snapchat will also provide new insights on ad-to-install attribution windows, with marketers now able to see how many users installed their app by swiping up on an app-install ad in the past day, seven days, or 28 days. Finally, Snapchat's self-serve ad tool will also have access to in-app event tracking, which shows how users used their app.

6. Facebook to ask users to judge trustworthiness of news sources

In the continuing struggle against fake news, Facebook is set to use a survey of US users to adjust companies' rankings in the social network's news feed algorithm based on news-source trustworthiness.

Facebook last week announced that there will be less news and publisher content in users' feeds as it prioritizes content engaged with by family and friends, as well as an initiative to make news more local.

By asking users to rank news publishers' trustworthiness, the social network avoids appearing biased in its selection of media, and could undercut any whisperings of censorship that might materialize with a topic as sensitive as this one.

If the recent past is any indication, Snapchat already has plenty to worry about in competitor Instagram. Now, with a test of a text-based story format that encourages users to share more—even when they might not have an image to go along with it—Instagram fires another bullet at the heart of a Snapchat that needs to act fast to survive.

Instagram also last week introduced a feature within Direct Messages that lets users see when others were last active on the platform, and the social network is rumored to be testing a capability that alerts users when others take screenshots of their content within stories. Snapchat better have some tricks up its sleeve.

8. Foursquare took a risk, and it paid off in some big ways

We often hear about social networks' struggles to secure new revenue streams, though one player that was written off long ago seems to have rebounded in a way many of the more talked about never have. Foursquare decided to become a direct competitor to Yelp back in 2014, focusing on reviews and recommendations for places rather than check-ins.

Now, with 105 million venues globally and 25 million users who've opted to constantly share their location with the app, Foursquare claimed a third consecutive year of over 50% revenue growth, and the company now boasts over half the Ad Age 100 as advertisers.

What started off as a social network has, over the course of a decade, transformed into a powerful data company with a slew of consumer insights that the likes of Twitter could only dream of.

News Corp and 21st Century Fox chairman Rupert Murdoch has lots of feelings about how social networks should be working with professional news organizations.

Rather than having Facebook's publishing partners erupt in a frenzy each and every time the social network adjusts its algorithm, the media mogul says, the social network (and other tech giants like it) should pay trusted publishers much like cable companies do to carry news channels—with carriage fees.

Though that's certainly a departure from most mainstream conversations, we can't say Murdoch's entirely wrong in his approach. News publishers, which invest heavily to maintain professional journalistic organizations, go largely unpaid when posting their content on Facebook, and get punished when Facebook decides to switch things up. A conversation on Murdoch's views is one worth having, especially considering Facebook's intent to promote "trustworthy" publishers on the platform.

YouTube, for years, has played host to "challenges" that has users taking on tasks as nonthreatening as pouring a bucket of ice cold water on someone's head, or trying not to laugh. In the last few weeks, however, a YouTube challenge turned more sinister, a massive company went on a PR circuit to fight back, and social networks vowed to remove any content pushing it.

The Tide Pod challenge asks users to stick the colorful laundry detergent packaging into their mouths until the content within—made up of 90% chemicals and 10% water—explode. People are doing it because, well, social media... And now Tide is fighting back by informing Internet users of the grave dangers, and also working with social networks to take down any content promoting it.

What should Tide PODs be used for? DOING LAUNDRY. Nothing else.

Eating a Tide POD is a BAD IDEA, and we asked our friend @robgronkowski to help explain. pic.twitter.com/0JnFdhnsWZ