This week's 'Skim: Snapchat will bring live video to its app for the first time (but you shouldn't get excited); Facebook to ease access to Facebook Watch; Snapchat launches e-commerce store so you can buy dancing hot dog plushies, records record growth that sends stock price skyrocketing; all about the brand winners and losers of Super Bowl LII; how brands can take advantage of Instagram's new carousel ad unit for Stories; Facebook patents technology to determine socioeconomic status of users; and much more...

Skim to stay in step!

1. Snapchat announces live video integration, but you won't be able to use it

Snapchat's going to insert livestreamed video—snippets of NBC's Winter Olympics coverage—into its app this week, but that doesn't mean live video capabilities are coming to normal users, or even brands. It's the first time ever the social network will incorporate live video streams into its offering,

But Snap wants to be clear: Its users aren't asking for livestreaming, and the company sees little use cases for users to have it. Instead, the social messaging platform foresees streaming only the most important bits of live events, like the Oscar for Best Picture.

That's part a refreshing change from every social network following the livestream trend, and part a back-handed slap at Facebook, which hasn't seen much in terms of quality broadcasts.

Check out, below, how Snapchat's live video will work!

The social network is reportedly willing to make its TV-like feature, Facebook Watch, accessible to a wider number of individual creators. The move would have individual users, rather than just brands and partner video content producers, producing content for the platform, but it would also serve as a renewed affront against the power of YouTube.

According to those familiar with the matter, Facebook wouldn't buy the rights to this new content, but would instead take a YouTube approach and give a cut of ad revenue to creators. How Facebook will balance its desire to host only high-quality content alongside its wish to involve more of its community is yet to be seen, but 2018 will likely provide answers.

Users might have noticed something new within the Discover section of their Snapchat app recently, and it could cost them more than just time spent watching their friends' Snapchat Stories.

The move marks Snapchat's first foray into in-app commerce; and though it's apparently not supposed to be a revenue generator for now, it does give the app some free marketing around town among loyal Snapchatters, and could pave the path to a more robust in-app commerce operation with third party brands.

Users can keep abreast of the newest products by scanning the Snapcode here. 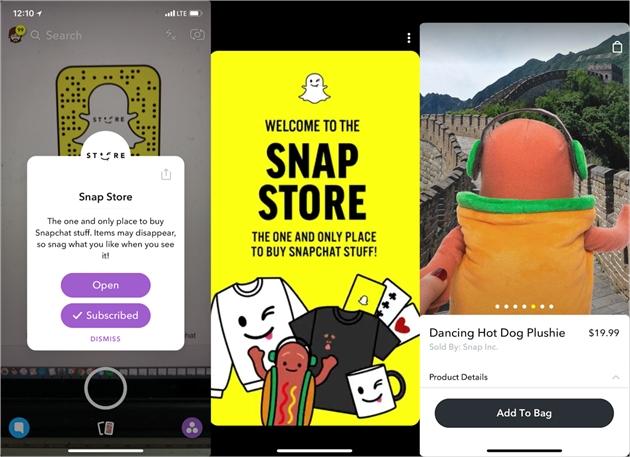 4. Here are the other winners and losers of Super Bowl LII

Philadelphia may have brought home its first Super Bowl win, but Eagles fans weren't the only ones celebrating the night. Amazon, Tide, Mountain Dew, and Doritos were among the brands celebrating victory with their (really, really expensive) ads. Meanwhile, Dodge hit the wrong note by using Martin Luther King's voice to sell cars and Kia was accused of anti-feminist rhetoric.

Some other winners weren't even present. #JanetJacksonAppreciationDay was used 77,000 times amid Justin Timberlake's halftime performance. But our personal favorite? It was a Tide ad. Or was every ad a Tide ad? Find out below!

Snapchat shares were up 35% this week after a surprise turn of events stemming from the company's shift in how it views the world outside the US.

After years of neglecting Android, CEO Evan Spiegel prioritized it to expand Snapchat's user base, and the move has paid off—for now.

Snapchat's quarterly report showed skyrocketing revenue and shrinking losses, with a growth rate jumping from 2.9% to 5%, and the app counting 187 million daily users. The source of that growth? The developing world.

A few engineering advances focused on Android, and some partnerships with wireless carriers to bring down the cost of data its app eats up later, and Snapchat's investors are signing a different tune. Can it last? 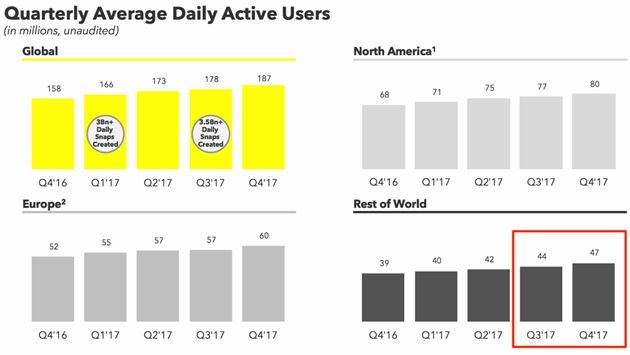 6. Instagram pleases advertisers with introduction of carousel ads for stories

The Facebook-owned social network is bringing carousel ads to Instagram Stories, meaning brands will soon be able to share up to three creatives rather than one, inserted between the Stories of accounts that users follow.

The three pieces of content can span photo and video, and brands can use some of the same tools available to regular users, such as stickers and drawing tools, to make their ads even more interactive and engaging for consumers.

The incredible organic growth of Stories on Instagram explains exactly why the social network is keen to involve advertisers more closely with the product, and we have a feeling Stories will only be getting bigger. 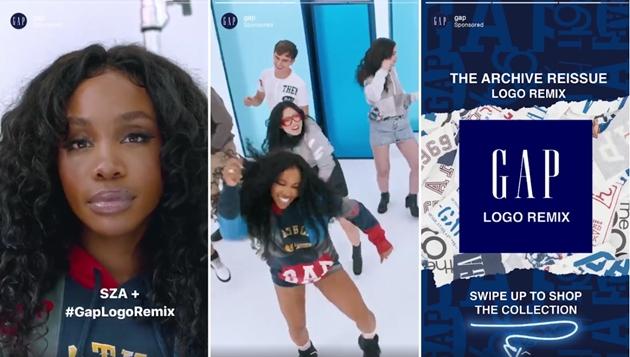 Facebook's latest data endeavor that could help it—and brands—better understand its users? A decision tree that integrates users' travel history, the number of devices they own, education level, hom eownership, and location of residence, and blends it all together to estimate their socioeconomic status.

Filed in June 2016, the patent was published just this week, and it provides some new insights into how the social network could better target ads. Facebook could very well already be using such technology to help brands reach their target audiences, and it wouldn't really surprise us, considering the immense amount of data the social giant has on its fans.

The Unicode Consortium—which sets the standard for emoji throughout the world—has finalized the list of the 157 new emoji that includes kangaroos, cupcakes, and more expressive smiley faces, that will come to iOS and Android devices in 2018, which means brands and users alike have new ways to play on social media in the year to come.

What's next? Apple and Google will look at Unicode's guidelines and design emoji for their platforms accordingly. That's why your Android-using friend's emoji look different from those you send them. Soon we'll all have 157 new ways to express ourselves without having to use words.

We could start next week with Baidu's three new red envelope, firecracker, and moon cake emoji to kick off the Chinese New Year.

In the midst of Facebook's acknowledgement that more time spent on its app might not necessarily be good for the long term, Snapchat sneakily slipped in features with similarly aimed goals to its recent redesign.

The app rolled out a Do Not Disturb capability, which allows users to temporarily mute notifications from friends rather than completely block them—a nod to the Time Well Spent movement that emphasizes improving the user experience without compromising the mental health of users.

Snapchat also quietly introduced new text styles that should help the app tread water in the light of Instagram's new fonts for Stories. The battle continues. 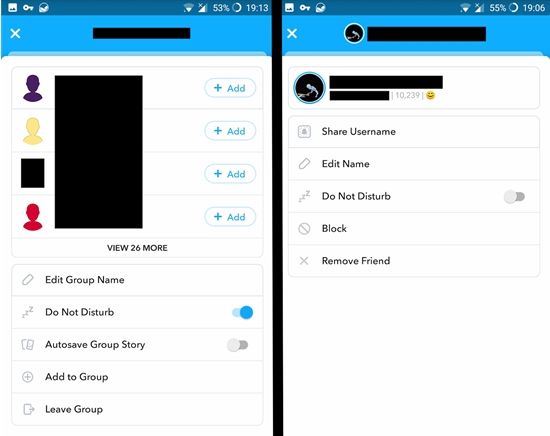 10. We'll wrap with the Instagram influencer making moves in ways no other has

Thought you only had to worry about fake followers when implementing an influencer campaign? How about fake influencers?

She's got over 500,000 Instagram followers, she had a hit single reach the number eight spot on Spotify Viral, and she sports Prada and Chanel at influencer events. The only catch? She's not real. Miquela Sousa is a virtual influencer—not the first nonhuman celebrity of sorts, but one that's making us question what we thought we knew.

Sousa does everything your typical Instagram influencer does: She gives interviews, poses in the studio with producers and artists, and dabbles in politics when there's a political issue she feels strongly about.

Nobody knows who's behind the face of Miquela, and we might never find out, but her presence—and success—raises all sorts of questions about authenticity in an increasingly online world. Thoughts? Leave them in the comments below!