In this, the last-ever issue of the 'Skim: Facebook woos business owners with new chat features on Messenger, launches jobs application feature in 40 countries; why Vero, the social media app that's part Facebook, part Pinterest, and part Instagram, is making the news; Snapchat's reviled redesign seems to have pushed downloads of the app way up; Facebook cleans up ad metrics, removes outdated ones; five tips to boost your company's LinkedIn page; and much more...

Read through for your final dose of all the social that's fit to skim!

Messenger 2.3, an update available in app stores now, brings tools that encourage a deeper level of engagement between brands and consumers on Facebook. The new tools put customization at the forefront, drawing up some new ways for communication between business and customer to operate more smoothly.

Messenger 2.3 brings customizable text colors and Messenger icons for those companies using the Messenger plugin on their websites. The update also adds a persistent menu bar and quick replies for consumers who want to immediately share their contact information already associated with their Facebook profiles.

Have you started taking advantage of these features? 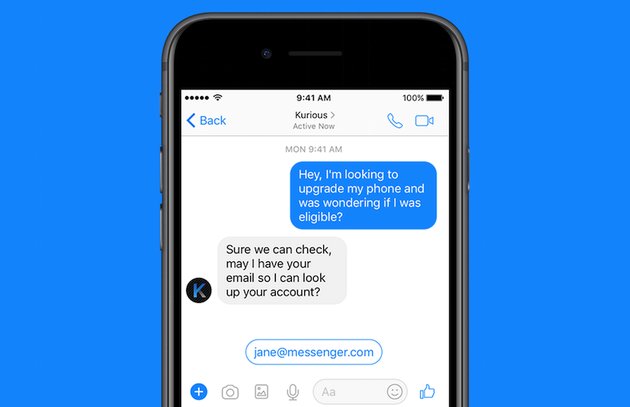 It's ad-free, its news feed is in chronological order, and it's subscription based—for any users who sign up after the first million people, that is. Vero, a social media app first launched in 2015 by a group of billionaires, movie financiers, and venture capitalists is making a lot of noise these days and attracting a lot of attention.

The app feels much cleaner and more visually pleasing than Facebook or Snapchat, and its dedication to an ad-free environment and minimal data collection on users is a breath of fresh air in today's ad-filled news feed world.

Vero, which means "true" in Esperanto, stands out with its aggregation of film, music, shopping, books, and more. It feels part Facebook, part Pinterest, part Foursquare, and part shoppable Instagram, but it's got its own set of unique features that makes it stand apart.

Brands can play already—not by sponsoring ads, but through link curation and buying "buy now" buttons. Vero's certainly unique, and you might well hear more and more about.

One year after launching its job application tool in the US and Canada, Facebook is expanding it to 40 countries.

The feature, which aggregates job listings from ZipRecruiter and incorporates a resume hosting tool of sorts, lets users apply to positions within the Jobs dashboard, the Jobs option within the Explore section, the Jobs icon in Marketplace, or the Jobs tabs located on Facebook pages themselves.

Once a user submits an application, a Messenger thread is opened between the poster and applicant automatically, enabling a direct line of communication in a much more simple fashion than traditional recruiting. Pages can post their own job postings on their pages, and even boost them like a normal Facebook post to make sure it gets in front of a wider audience.

With more than 60% of new jobs coming from local businesses, this could well be a market LinkedIn never even tried to court.

4. Snapchat's redesign might be reviled, but downloads are up?

People hated it when Snapchat introduced its redesign on February 6 that mixed Stories inside direct snap feeds: 1.2 million people signed a petition for the company to roll back the changes. Snapchat, however, is turning that frown upside down, to the tune of 55% more first-time downloads in the week following the redesign compared with the previous week.

In fact, the social messaging platform registered 322,000 more app installs from new users than in the week prior to the launch of the new look. And celebrity Kylie Jenner's eloquent complaint in a tweet about the app's redesign seemed to, ironically, result in Snapchat's jumping from No. 8 to No. 1 in the iTunes App Store.

Things could be looking up for the struggling social network despite (because of?) all the bad publicity. 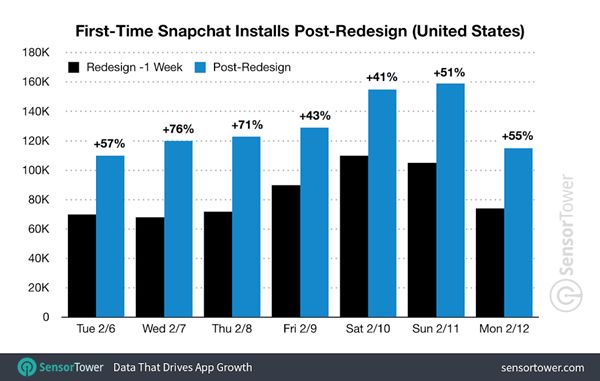 5. Facebook to clean up ad metrics, remove outdated ones for more clarity

Facebook's had to acknowledge several instances of mistakes in the ad metrics it provides to brands during or post campaign, and so now the social network is taking steps to restore advertiser confidence. New labels that show how metrics are calculated will appear next to figures in Ads Manager, and the social network will remove roughly 20 metrics considered redundant or outdated.

The list of metrics to be removed has not yet been published, but we're sure it'll come to light before the social network's deadline of July 2018. Keep your eye on this one! 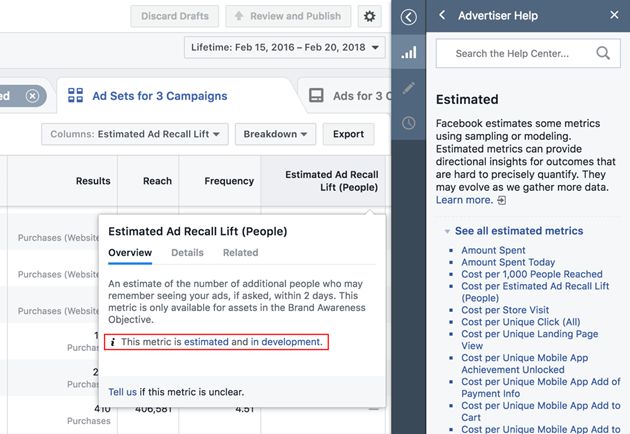 Previous rate controls meant businesses that received tons and tons of direct messages from users via Twitter didn't always have the ability to respond to every one of them. Now, citing periods of high volume for customer service, the social network is deploying a new feature that lets accounts send up to five responses via Twitter's API over a 24-hour period in response to direct messages they've received.

The adaptive rate limit resets each time a message is sent by the account, meaning brands no longer have to worry about not being able to respond to everyone. The new feature is now available to all using third-party tools using the POST direct_messages/event/new endpoint.

Facebook is testing an expansion of its Messenger feature that lets brands mass-message users on the platform. It's called Broadcast Composer, and the social network introduced it in November as an internal test that is now being expanded to a very small percentage of small businesses in the US, Thailand, and Mexico.

The tool lets small businesses mass-message either a segment of, or all of, the users who have initiated Messenger conversations with them already, but Facebook will cap the total number of messages that can be sent.

With 330 million people having started a message thread with small or midsized businesses in 2017, Broadcast Composer could be a new, mass reach tool for small brands not yet ready for chatbots. 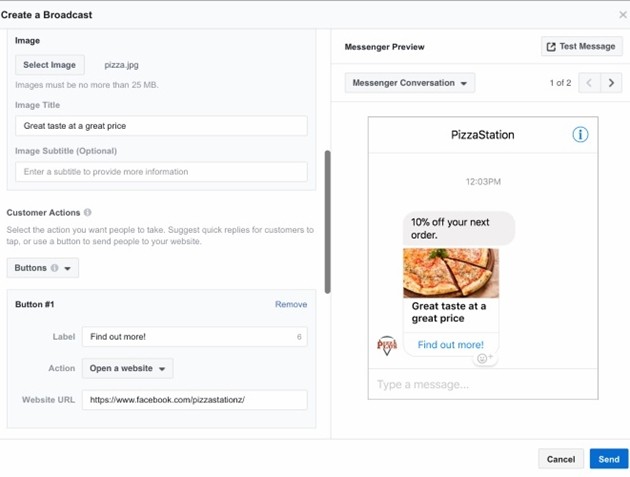 Whether you use it for recruiting or reaching decision-makers at companies for potential sales opportunities, LinkedIn is a powerful tool for marketers—for anything from initial brand awareness to deeper, more meaningful engagement.

But not all brands know how to maximize the social network in a way that not only provides their audience with valuable insights and information but also secures their credibility in their industry.

Forbes has a list of five great ways to take hold of these opportunities on LinkedIn. Covered in detail: increasing your Google page rank by using keywords on LinkedIn, sharing professional news and creating unique content, using LinkedIn's built-in analytics tools, and more.

9. Publishers who were previously paid for it decrease Facebook Live use by over 50%

In 2017, Facebook all but forced publishers to give livestreaming a shot on the platform, prioritizing it in its algorithm and advertising its capabilities front and center to the world. But was it a fad of the times, or the future of social?

If we were to base our answer on the continued adoption of Facebook Live by brands that were previously paid by the social network to produce them, we might say we were scammed to the tune of a (very costly) temporary trend.

It turns out those publishers might have just been following the money, as those who were originally paid big bucks to produce livestreams have decreased their output by over 50% since Facebook's funding stream moved to longform original content instead.

Facebook Live had many publishers struggling to monetize as easily as they can with other forms of video on the social network, and so we could likely be on the cusp of the first new Facebook video trend of 2018.

Social media is already sometimes a dark place filled with misinformation and slander, but it can quickly take an even more somber turn after tragic events like that of the Parkland high school massacre in Florida.

Twitter, in an effort to provide credibility to some of the most outspoken survivors of the mass shooting—and protect them from targeted abuse and harassment—not only decided to verify their profiles with the social network's famous blue checkmark but also did so despite the checkmark verification process's having been on hold since last fall.

The move illustrates just how profound the discussion around gun violence and second amendment rights has become in the US in the aftermath of Parkland, and it also proves what a difference social media can make in the organization of and conversation around issues that have divided a nation for decades.

The students of Columbine didn't have access to tools of mass media that social media has become today, and so this time—this time right here in 2018—could be different.

Editor's note: Today's issue of #SocialSkim is the final one. More than five years ago, we launched it, with the multitalented Angela Natividad at its helm, because marketers needed a single source of information for what had fast become a useful marketing channel. Though over time the 'Skim has become a popular feature, social media is no longer so new, and other resources that provide social media news have proliferated. Also, #SocialSkim doesn't fit neatly into the training and education focus that MarketingProfs has come to embrace more fully.

The 'Skim has had a great run, with more than 250 issues, also in large part due to the hard work of Christian Neri, who took over from Angela more than two years ago. So thank you, Angela and Christian.

And thank you, readers, for your continued interest in all that MarketingProfs offers.