This week is filled with drama and big changes at the biggest social networks. Get the scoop on Twitter's half-billion-dollar executive exodus, and find out all about Facebook's Like button alternatives and when to expect them.

We'll also dig into the benefits of Facebook's newly expanded ad network, and share how to figure out what kind of content you should create. Skim to stay social-savvy!

Twitter loses four senior execs... to the tune of a half-billion dollars

The heads of engineering, media, product, and Vine are officially out at Twitter, and Wall Street took notice. The company's market value plummeted $560 million following the news, even as CEO Jack Dorsey said the execs chose to leave the company.

Whether the social network's disappointing performance in investors' eyes sparked the change, at least one source cites the departures as a part of a long-planned restructuring since Dorsey jumped back into the CEO seat last October.

One thing is for certain: Shakeups at Twitter are nothing new, and only 5 of 13 executives who presented at its conference in November 2014 remain today. How's that for job security?

Was really hoping to talk to Twitter employees about this later this week, but want to set the record straight now: pic.twitter.com/PcpRyTzOlW

1. Facebook's new Like button alternatives are coming in next few weeks

After making headlines the world over last year regarding the creation of an alternative to the Like button on Facebook, Zuckerberg and crew are ready to launch. The company announced the final six emotions—angry, sad, wow, haha, like, and love—that will comprise "Reactions," the new name given to the options.

The hope is the addition will not only let users express themselves more accurately but also help Facebook gather a range of new metrics to improve the News Feed algorithm and better serve ads.

Reactions will begin to roll out to US users in the next few weeks. Finally!

The 2.5 million advertisers using Facebook's Audience Network have a new reason to celebrate: their ads are no longer limited to third-party mobile applications and can now take advantage of the 2.5 times more reach generated by mobile websites.

The unknown for brands? They could be placing ads blindly: Much like its third-party app ad serving, Facebook has refused to publish a list of mobile websites where the ads could be shown. 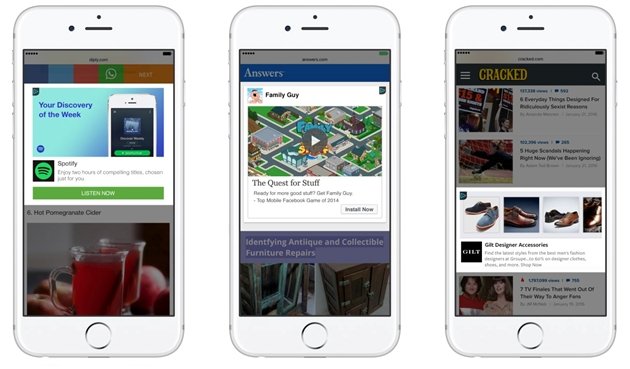 Twitter's character limit isn't the only thing increasing, with the company launching 15-30-second pre-roll ads as a part of its Twitter for Business Amplify Program.

That's a significant increase from the six-second standard it adopted for its video-only platform, Vine. The move is a win-win: for users, because they can skip the ads after six seconds; and for marketers, because creative messaging is no longer limited to six seconds. Lots of long-form ch-ch-ch-changes over at Twitter!

The 'book recently made quite a push, asking page owners to make use of its call-to-action buttons. Now, it's providing a new tab on Facebook Insights to show businesses just how helpful those buttons are in making an impact—driving traffic back to your website, calling attention to a whitepaper, or simply asking visitors to join an email list.

Facebook has added a new section on Insights for Page Admins - 'Actions on Page' pic.twitter.com/RzBjhHyxAU

Nearly a year after announcing its original plans, the music streaming social network launched its mobile video product in the US, the UK, Germany, and Sweden, with content from BBC, Maker Studios, Comedy Central, ESPN, and more.

A year of testing allowed the company to see what works with users, many of whom will have to be trained to think of the platform as a source for video. Most content will be short clips, but other publishers, such as Tastemade, are developing original, music-themed series directly for Spotify.

The feature, found under the "browse" tap, launched on iOS and Android devices this week. 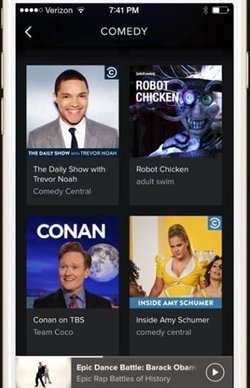 Leaked photos suggest the company might bring a major facelift to the app's chat interface, providing easier navigation buttons for existing (but hard to find) features such as sending photos and starting a video chat, as well as incorporating new capabilities such as voice calls and stickers.

The interface was discovered by developers behind Snapprefs. What they uncovered may not be final, nor make it to market, but they've likely stumbled upon features Snapchat plans to introduce in at least some capacity. 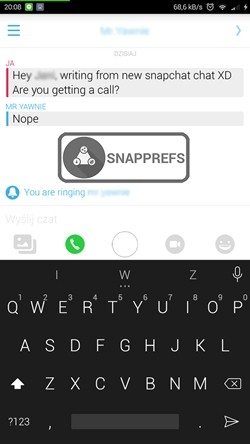 Vine is a where trends often start; so, to celebrate its third birthday, the video platform launched its Trends Page, which lets users explore popular trends and see how they got their start. (Warning: we spent half an hour glued to our screens for "research purposes.") 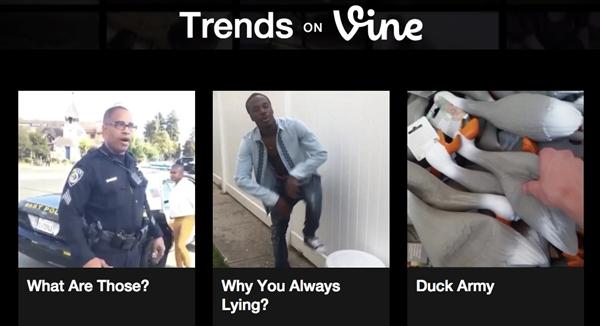 Periscope streams just got a whole lot more interesting. Adrenaline-seeking, iPhone-yielding GoPro users can now stream directly on Periscope from their GoPro HERO4 Black or Silver. The video streaming app will now recognize a connected GoPro device and give the option to broadcast from it rather than the iPhone.

There are no immediate plans to extend the capability to Android, but the incorporation opens doors to more than just extreme sports addicts—perhaps paving the way to more interesting and engaging behind-the-scenes and real-time video streams for your business.

The latest update of Facebook's flagship app allows some iPhone 6 and 6s users to access quick action menus from the app's News Feed—enabling easy preview of content when pressing lightly on Timelines, links, pages, groups, and photos—while increasing pressure will open the links. The rollout began last week and will expand in the coming months. 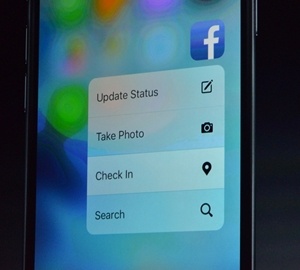 10. Snapchat gets in the game with Super Bowl ads

The video ads will run alongside the platform's Super Bowl Live Story, and the revenue will be split between the messaging app and the National Football League. The news comes one year after Snapchat asked $1.77 million for a single brand to sponsor 2015's Super Bowl, a Live Story that never ended up being told.

11. Viacom and the future of measuring social media sentiment

Measuring consumer sentiment toward ads and content on social media is no easy task, and it's even harder to do in a quantitative way. After much testing, media giant Viacom thinks it's found its buzz-monitoring tool in Canvs, a tech startup that categorizes social media chatter into 56 emotional categories while taking into account slang, deliberate misspellings, and words with double meanings. Hello "on fleek" and "bae".

As the methodology of measuring social sentiment continue to evolve, even Canvs' CEO acknowledges the need for human involvement in the analysis process at some point. Canvs' tool, which it claims can find "love" expressed in 30,000 different ways on social media, can help in the meantime.

12. Five awesome direct messages, and why you should use them more often

From personalized support and event planning, to checking in with your VIPs, here are five great types of value-adding, brand-building DMs that don't come off as spammy.

13. What types of content play to your strengths? Find out with this infographic

Companies are fleshing out their content marketing strategies like never before, with 76% of B2Bs and 77% of B2Cs creating more content this year than last. They publish an average of a dozen types of content for their audiences, a surprisingly high number that might have you wondering why you stick with the same 4-5.

Don't worry, we've got an infographic to quell your fears. Click to discover the top tactics! 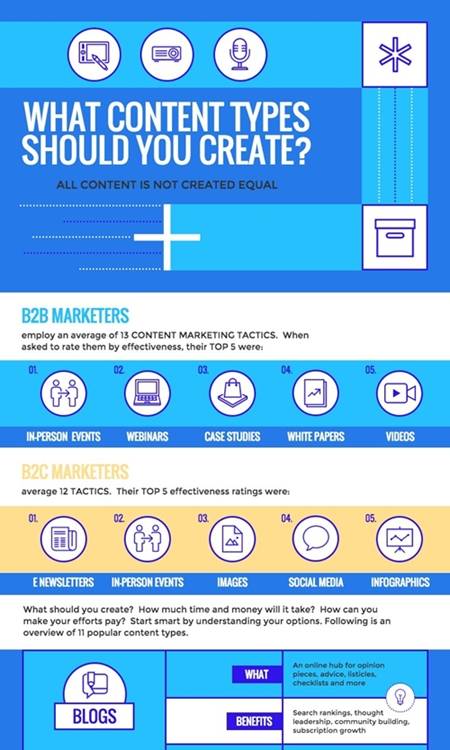 14. We'll wrap with the igloo that took social media by (snow) storm

When life gives you snow, what else to do other than build an igloo and list it on Airbnb? That's what a Brooklyn-based art director did during this week's historic blizzard, generating social media buzz and news coverage across the globe.

The listing was subsequently taken down by the company, citing the building's failure to meet occupancy standards, but not before the Airbnb team responded in a way that entertained social media users, humanized the brand, and... went viral. 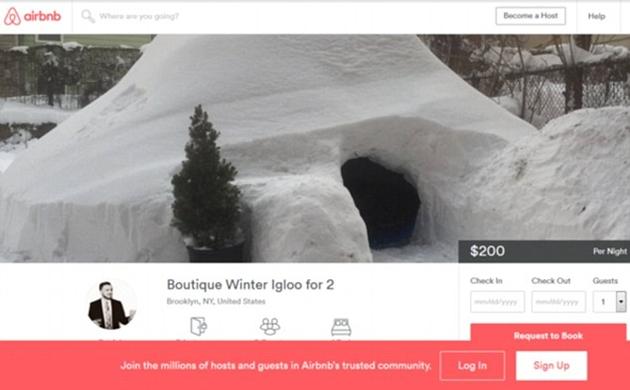