The Most (and Least) Innovative Cities in America [Infographic]

Seattle is most innovative city in America, according to recent research from The Fabricator.

The list was based on an analysis of which major metropolitan areas provide the most and least opportunities for workers in STEM (science, technology, engineering, and mathematics) fields.

An infographic (below) covers the rankings.

To compile the list, the researchers looked at the number of STEM workers standardized by population, the average salary of STEM workers, the percentage of degrees earned in the science and engineering fields, the percentage of women employed in STEM, and Google search volume for "STEM jobs". Each of the 35 most populous cities in the United States was then assigned a score between 1-100.

Seattle topped the list with a score of 89. Nashville and Indiannapolis ranked last, both with scores of 19.

Check out the infographic: 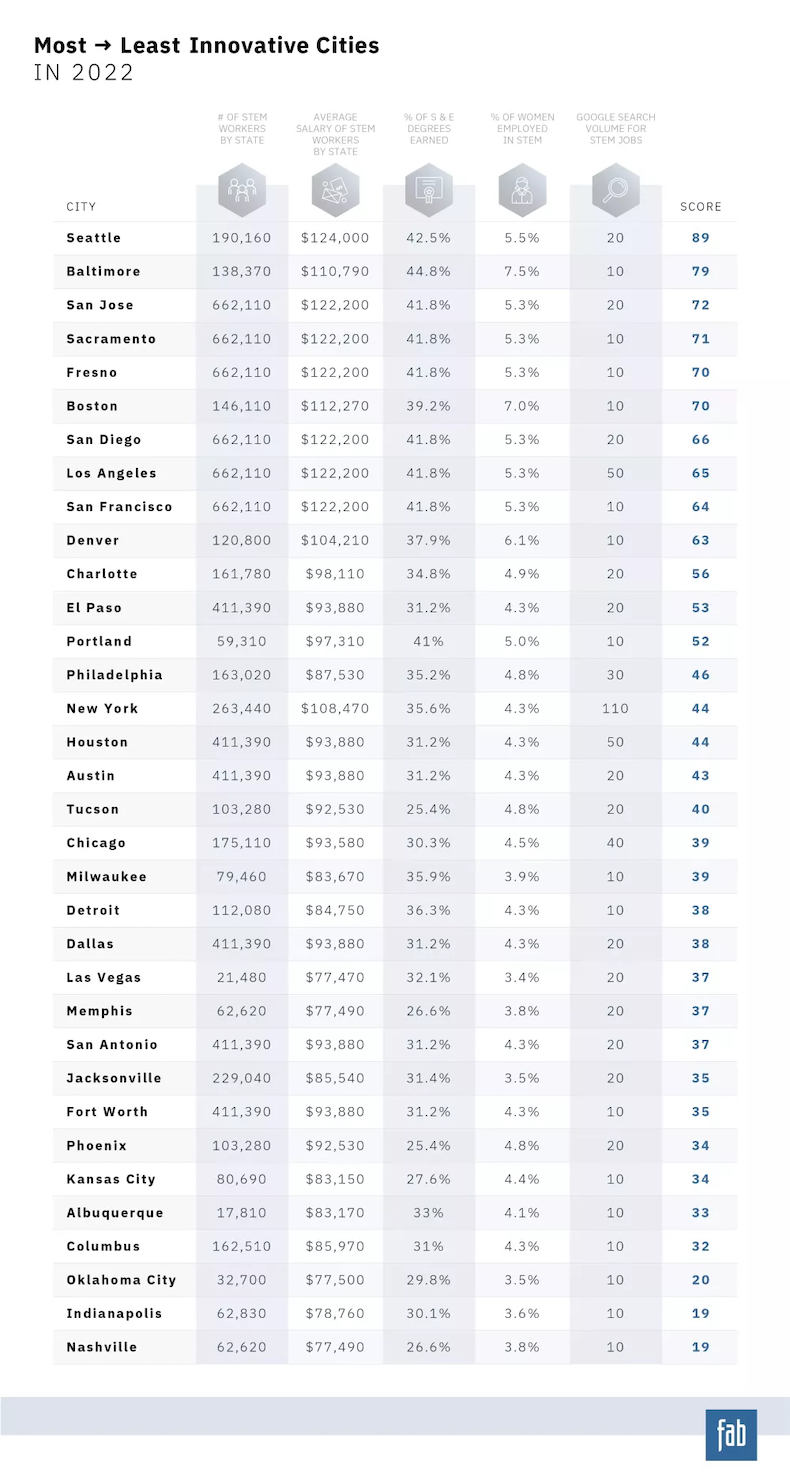