You religiously compose posts for your Twitter account and follow the advice of experts to the T, expecting a surge of engaged and active followers. After all, how hard can it be to write 140 characters to draw people's attention, right?

But you and I know it doesn't work that way. Instead of bringing you (or your clients) new leads, Twitter can become a huge time-suck if you fail to apply method to social media madness.

So how can you make sense of Twitter, gain more followers, and tick off your marketing goals?

Here are six simple yet effective ways to do exactly that.

Readers are drowning in an ocean of text online—at a time when humans reportedly have a shorter attention span than that of goldfish.

We think of Instagram, and to a lesser degree Facebook, as a highly visual platform. But don't ignore Twitter as a visual platform—especially when tweets that contain images get double the engagement of those without.

And tweets with pictures are 94% more likely to be retweeted, according to Dan Zarella's research: 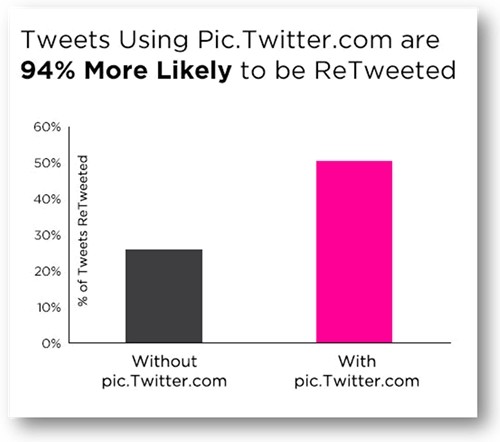 Long story short: Images get shared heavily on Twitter, and they are showcased in the Twitter feed. So if you want to simply boost your engagement rate for your posts, why not try adding some visual candy—images and video—to your content?

*THIS* is how to introduce a speaker! Fantastic job @wistia #wistiafest yesterday! https://t.co/gchuqeZdOX [this was a total surprise btw]

In "i marketing," you identify then reach out to specific influencers in your niche, enlisting them to market to your common audience.

Think of it this way: Influencers have a large and already engaged audience in your niche, and once you're on their radar you're more likely to attract more Twitter followers and reach your ideal customers and clients through those influencers.

The first step is to identify influencers in your industry, and thankfully there are tools to do just that: Simply Measured, Twtrland, Followerwonk, Twellow, among others.

Here's an example how you can use Followerwonk's "Search bios" feature to find top influencers for a particular keyword. In this case, I've searched for "twitter tips." You can then extract the data, sorted by Social Authority or Followers, into a spreadsheet. 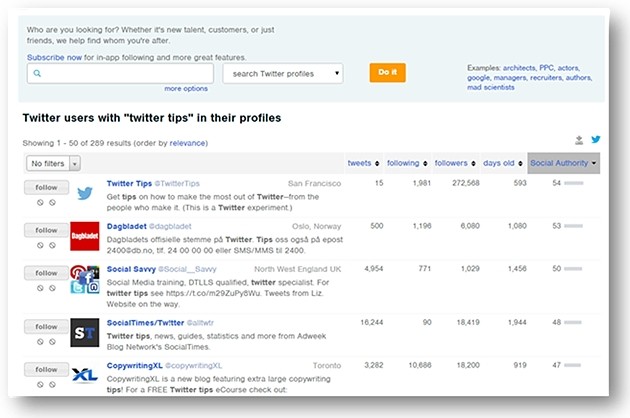 Once you have the list of influencers ready, start by engaging them. They are humans, so be considerate: Stick to the golden rule of "give before you ask."

You can breathe life into your old posts by reposting them if the content is still relevant. It's polite to use a simple #retropost hashtag to be transparent. Or you could say something like "Still true" or "Re-post" at the start of the tweet.

A lot of times, you need more than 140 characters to express yourself in front of an audience.

Not too long ago, Twitter brought in a new ad product called Twitter Cards, which allow you to drive traffic to your website by embedding rich media in your posts and don't limit you to 140 characters.

Use a Twitter Card to engage your followers with a strong call to action, such as visiting a landing page, downloading an app, downloading a freebie, etc.

In short, Cards can help your brand stand out from the crowd and attract new followers. It's a neat tool to draw visitors to your website or landing page, or even introduce a new product.

You don't have to use Twitter Cards to draw traffic to your website or, ideally, a landing page that uses strong CTA copy, buttons, design, and other visuals. A landing page serves a specific purpose.

If you're asking for feedback via a poll, for example, you can schedule a simple post such as this: "POLL: Tell us where you bought your fav pair of [BRAND] denims and win a new pair! [LINK TO POLL]."

Then, as promised, publish the results and the winner's name at a set time. It's always good to have a "Thank You" page at the end of the poll to engage them further.

Here are a few more tricks to draw traffic to your blog or site via Twitter:

Especially on social media, no man is an island. As a marketer, you can't just keep pushing new content without gauging its impact on the world around you. That's where feedback and analysis come into picture. Feedback helps you understand why your customers do what they do: Why would they abandon the cart at the last step; why did they download one freebie over another or what makes them follow you on social media.

Here are a few ways to ask for feedback on Twitter:

Twitter's Promoted Tweets work on an auction-based model, much like Google AdWords. Twitter has a real-time dashboard to help you analyze how much you're spending and gauge the effectiveness of your campaigns.

By the way, you pay only when there is an engagement—when someone retweets, favorites, clicks on, expands, replies to, or follows you via a Promoted Tweet.

Tweets can be modified quickly to optimize them and boost ROI.

According to Twitter, Promoted Tweets that have multimedia embedded in them have 313% higher engagement and 52% more retweets than their text-only counterparts.

Promoted Tweets with hashtags lead to 122% higher engagement rates, whereas those with an @mention get a cool 51% boost.

Aside from Promoted Tweets, you can also try Twitter's Promoted Accounts if you want to boost the number of Twitter followers. These accounts show up as ad units under the "Who to Follow" tab on your Twitter page. 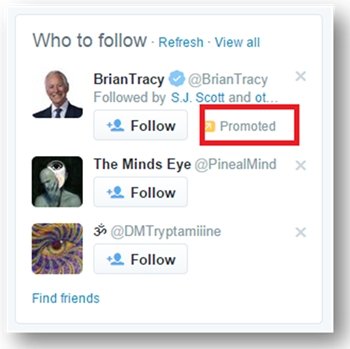 How do you use Twitter to boost your marketing efforts? Are your tweets paying off, or are they getting lost in the sea of noise? Do you have more tips to add? Talk to us in the comments section!

Pooja Lohana simplifies content marketing for her clients so they can get found online, make more sales, and live the Un-9-5 life. She is a freelance writer, ghostwriter, and editor. Reach her at Damn Fine Writing.