Most Business-Blog Traffic From First-Time Visitors

Nearly two-thirds (63%) of businesses that publish a blog say first-time visitors account for more than 80% of the traffic to their blogs, according to a survey from Compendium. 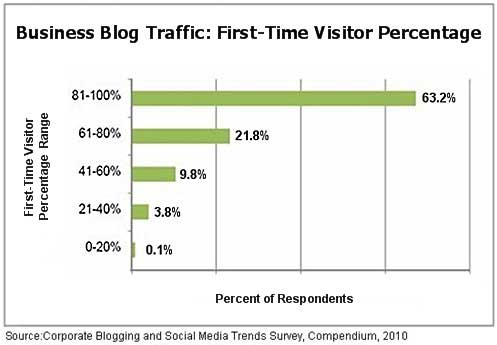 Below, other findings from The Corporate Blogging and Social Media Trends Survey, which polled 266 companies about blogging traffic, visitor trends, and Twitter use. 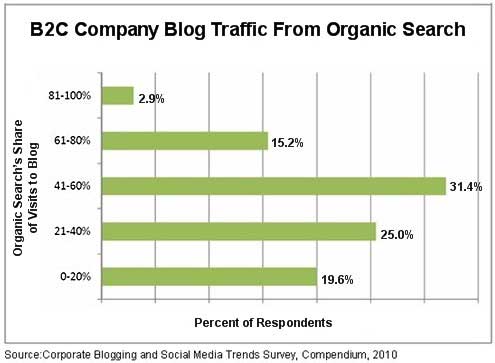 In addition, nearly three-quarters (72%) of B2C companies say first-time visitors account for more than 80% of the traffic to their blogs.

Overall, less than one-half (43%) of all companies surveyed say they use Twitter. However, 87% of B2B companies use Twitter, compared with just 28% of B2C companies. 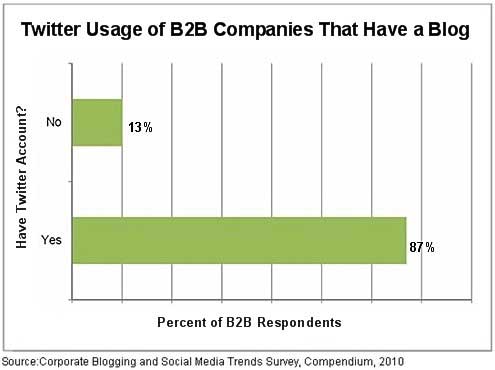 "As more traffic is being driven to corporate blogs through organic searches and more first-time visitors are landing on blogs, companies need to develop blog and social media content that is appropriate for this audience in order to be effective," said Chris Baggott, CEO and co-founder of Compendium.

"A keyword-optimized blogging and social media content strategy geared towards first-time visitors is a valuable tool for marketers to increase conversions."

About the data: Findings are from The Corporate Blogging and Social Media Trends Survey, conducted by Compendium among 266 B2B (30%) and B2C (70%) companies that publish a blog. The survey was conducted online from December 19, 2009 to January 19, 2010.