The recession continues to ravage retailers: The downward trend of fewer shopping trips by consumers hit a new low in February 2010 with a 4% year-over-year decline in monthly all-outlet shopping trips, according to the Nielsen Company. 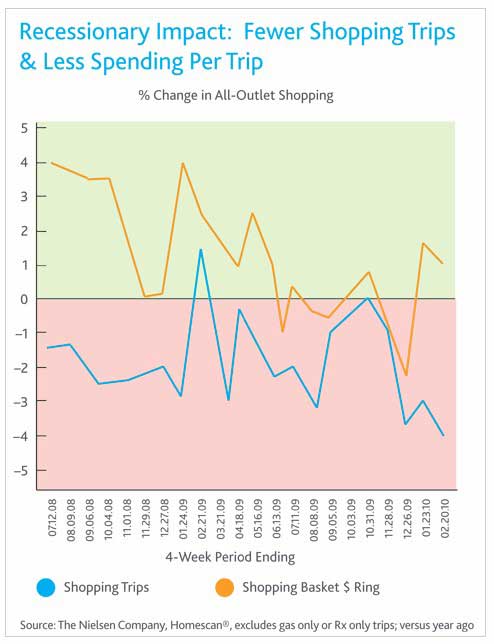 Although per-trip shopping basket rings began to pick up during and after the holidays, February remained static, up just 1% from the previous year.

Across all major retail channels, levels of monthly shopping trips have remained flat over the past year, while grocery stores have been shopped more than two times more often than competitive retail channels: 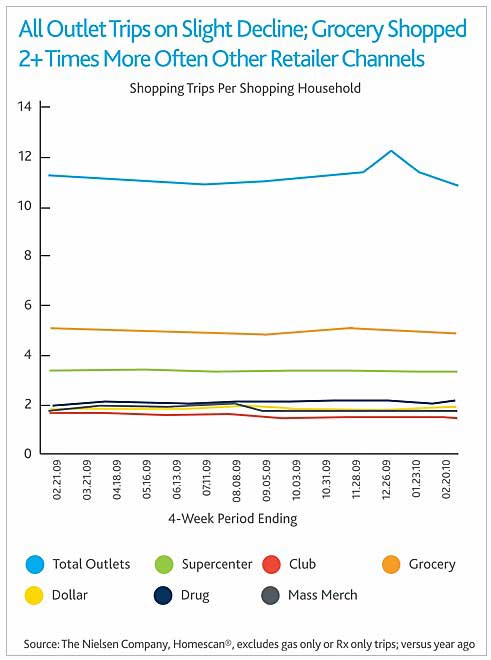 As consumers are eating in more, retailers are converting lost restaurant trips into grocery trips. However, although grocery trip levels increased in eight out of the 12 periods ended February 2010, trips in the previous four months were down. 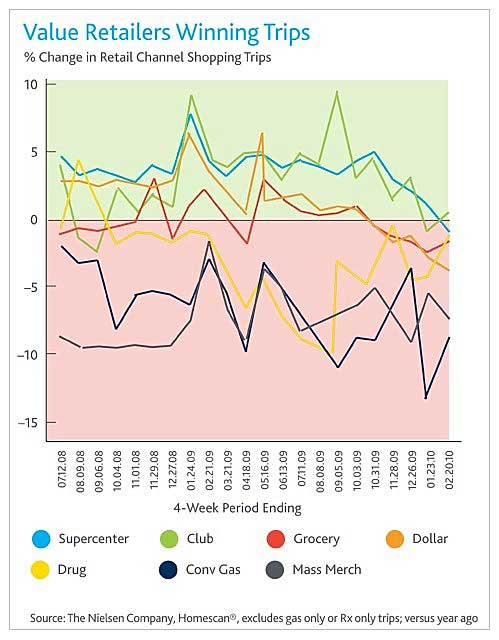 Value channels such as dollar stores, warehouse clubs, and supercenters have fared the best, showing growth in most periods in the past 18 months.

Only supercenters and club stores had positive trip growth in 2009. Both, however, declined slightly in 2010 as consumer confidence remained low and poor weather conditions plagued major population centers.

Drug, convenience, and regular mass merchandiser formats continued to suffer. However, trips to drugstores showed some improvement in January and February as consumers stocked up on meds to combat the effects of the cold and flu season.

Shopping trips to discretionary retailers such as electronic, toy, and department stores have been hit especially hard, with year-over-year shopping trip declines, in the four-weeks ended February 2010, of 33%, 18%, and 7%, respectively.