Location-based services such as Foursquare and Facebook Places haven't yet reached a tipping point: Although 56% of smartphone users are aware of geolocation apps, only 39% use at least one, according to a survey from White Horse.

Among surveyed smartphone owners who use location-based apps, Facebook Places is the most popular (42%), followed by Google Latitude (27%) and Foursquare (25%). 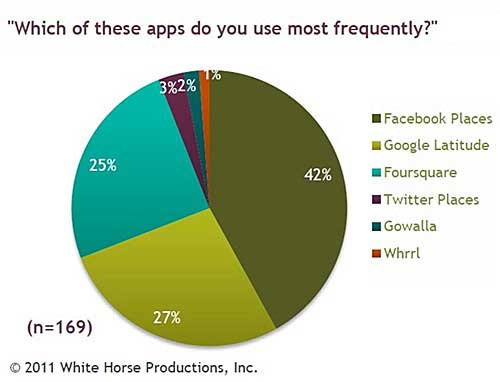 The high adoption level of Facebook Places is likely due to the incidental lift driven by the huge success of the Facebook mobile app, White Horse notes.

Below, other findings from the report titled Lost in Geolocation, based on survey of 437 smartphone users, by White Horse Productions.

Users of location-based apps are drawn to such services for personal connections (41%) and to find information on places from people they trust (21%). 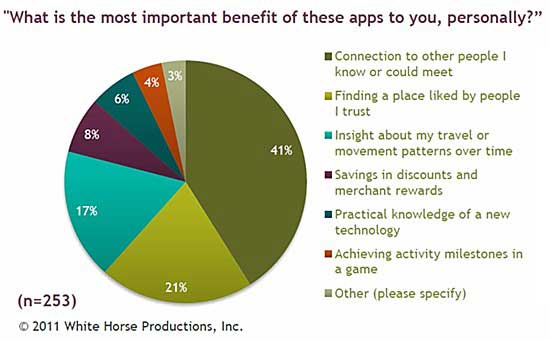 Only 8% of location-based apps users cite discounts and deals as the primary benefit of using such apps.

Among smarphone owners aware of location-based apps, but not using them, most cite unfavorable reasons for not doing so, with privacy issues topping the list: 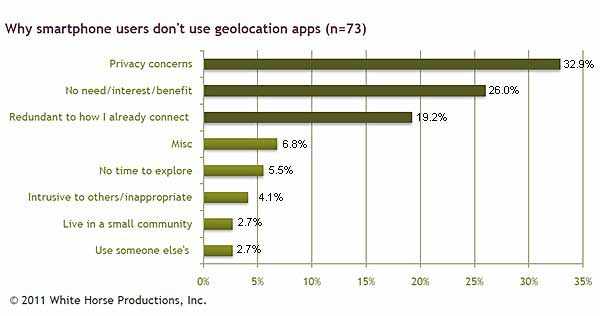 Moreover, roughly 12% of surveyed location-based apps users say they no longer use such services, but virtually none have stopped using social networking sites.