Ad agency executives say online video is an increasingly powerful tool to reach audiences and, largely because of video's targeting capabilities, fully six in ten say online video ads are more effective than (30%) or as effective as (31%) ads delivered via television, according to a survey from BrightRoll. 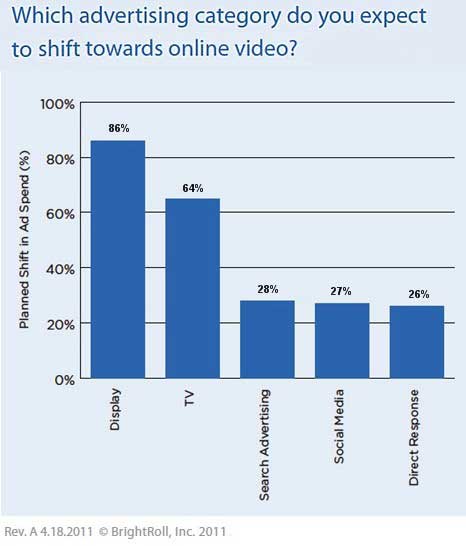 Ad dollars are also shifting from search, social media and direct response, though in slightly more modest numbers (28%, 27%, and 26%, respectively).

Below, other findings from the third annual Online Video Advertising Report, which surveyed 100 ad agency executives and media buyers on their spending patterns and sentiments toward online video advertising.

Nearly three in ten (28%) ad execs expect the largest increases in ad spending in the online video category for 2011, followed by mobile video (27%) and social media (25%).

More than two in five ad execs (41%) cite online video's targeting capabilities as the medium's greatest value, up 9 percentage points from 32% in 2010. 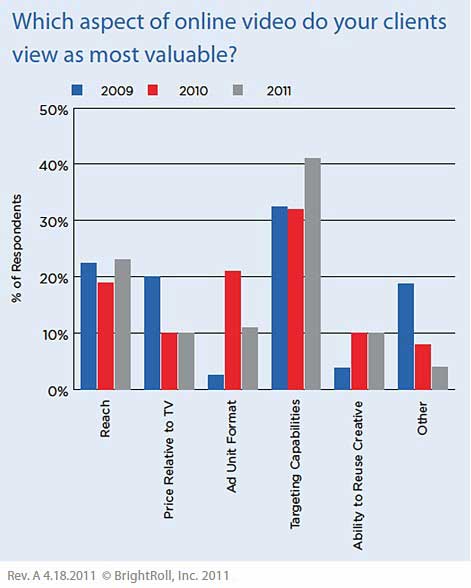 Among all forms of targeting, ad execs say behavioral targeting is the most valuable (28%), followed by contextual (24%) and demographic (21%) targeting. 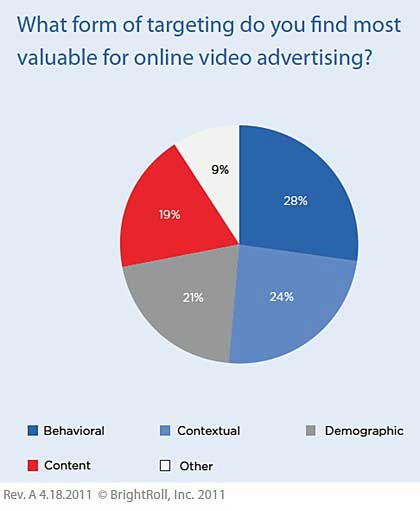 On average, ad execs buy more than one-half (52%) of their online video via ad networks, 31% of their video directly through publishers, 10% through broadcasters, and 6% through portals.

About the data: BrightRoll conducted the survey among 100 executives and media buyers at advertising agencies across the US from March 23 to April 10, 2011.