Facebook, the top US social networking site since May 2009, attracted roughly 151 million unique US visitors in April 2011, reaching three out of four visitors to the social networking category during the month, according to new data from the comScore Media Metrix.

Overall, social networks attracted more than 200 million unique visitors in April, up 61% from two years earlier, while traffic to Facebook surged 332% over the same period, from roughly 35 million visitors in April 2008. 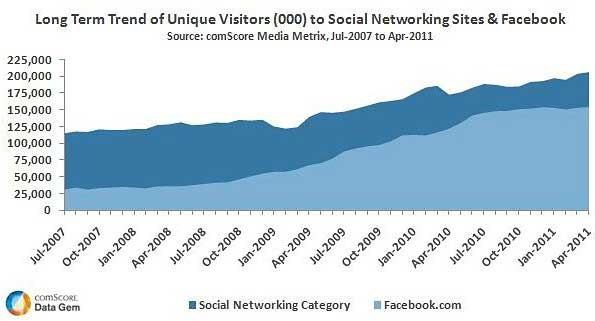 Although penetration of social networking sites is consistently high across the globe, visitor engagement varies by country, according to separate research from comScore.

In April 2011, Israel ranked highest in time spent per visitor on social networking sites, averaging 10.7 hours for the month. Russia was second with 10.3 hours of social networking per visitor, followed by Argentina with 8.4 hours, Philippines with 7.9 hours, and Turkey with 7.8 hours. 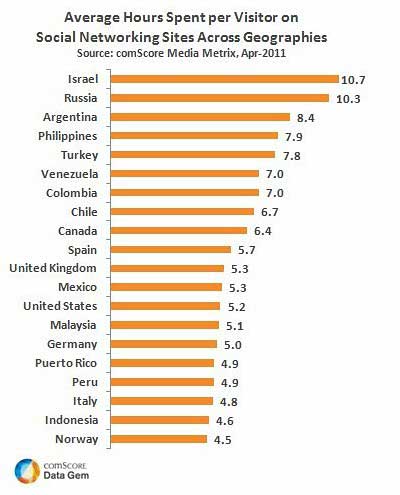 Canadians spent on average of 6.4 hours using social networking sites in April, while US visitors spent 5.2 hours with social sites.