More than one-half (55%) of US consumers who purchased a new handset in the three-month period ended May 2011 bought a smartphone instead of a feature phone, up from the 34% who did so during the same period one year earlier, according to a survey from Nielsen. 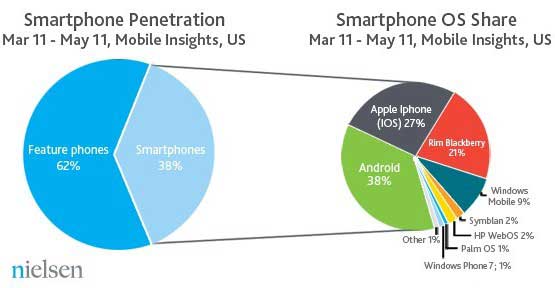 Google Android continued to be the most popular smartphone operating system (OS) as of May, with 38% of smartphone consumers owning Android devices.

Although Android OS leads among those who have recently purchased a new smartphone, Android's momentum has slowed since February 2011, giving way to Apple's iOS, which has registered the highest growth since February. 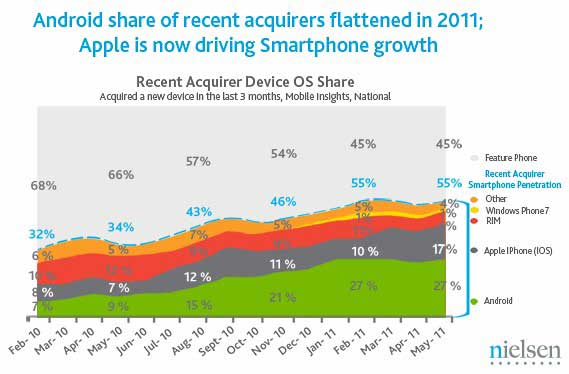 About the data: Findigns are from Nielsen’s May 2011 survey of mobile consumers in the US.