Google Android strengthened its lead in the US smartphone market in August 2011, accounting for 43.7% of smartphone subscribers, up 5.6 percentage points (PPs) from the previous three-month period, according to data from the comScore MobiLens service.

Apple strengthened its No. 2 position slightly with 27.3% of the smartphone market as of August, up 0.7 PPs from the three-month period ended May. RIM fell 5.0 PPs to 19.7% of market share, followed by Microsoft with 5.7% and Symbian with 1.8%. 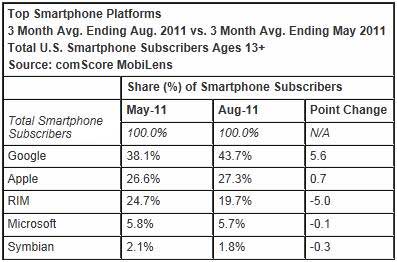 Some 84.5 million people in the US owned a smartphone as of August, up 10% from the preceding three-month period. 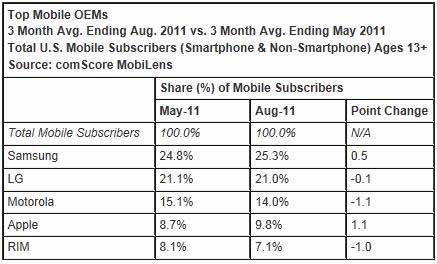 Overall, some 234 million Americans age 13 and older used mobile devices as of August.

Among US mobile consumers, mobile content use continued to grow in August across all types measured: 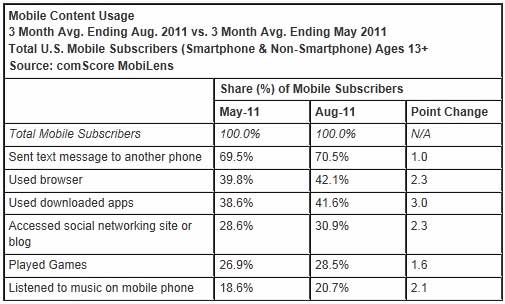 Downloaded apps were used by 41.6% of the mobile audience in August, up 3.0 PPs from the three-month period ended March, while 28.5% played games and 20.7% listened to music via smartphone.