Half of Tablet Owners Made a Purchase via Device in September

Tablet devices are becoming an increasingly important channel for e-commerce: Nearly one-half of tablet owners (48%) completed a purchase via their device in September 2011, according to a report by comScore. 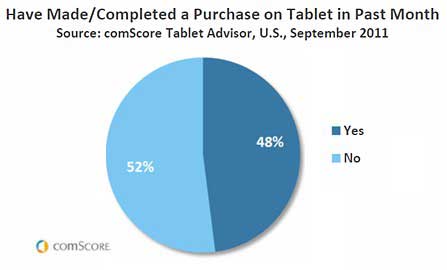 Tablets are being used throughout the entire purchasing process: 56% of tablet owners looked up product or price information for a specific store in September, while 54% read customer ratings and reviews. 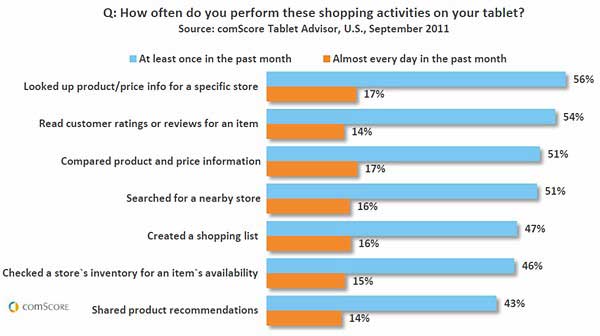 Notably, 51% of the tablet audience compared product and price information while on their device, with the same percentage searched for a nearby store.

Coupons and daily deal offerings continue to play a key role in e-commerce: In September, nearly one-half of tablet owners reported seeking coupons (49%), downloading such offers (48%), and redeeming coupons or coupon codes (46%) while on their devices.

US tablet users largely display the demographic characteristics of early technology adopters: Younger males with above average income. As of August 2011, some 54.7% of all tablet owners were male. 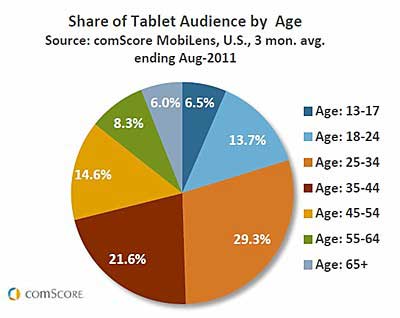 About the data: Findings are based on September 2011 comScore data, issued in the report titled "Digital Omnivores: How Tablets, Smartphones and Connected Devices are Changing US Digital Media Consumption Habits, October 2011.