How Americans Use Social Media, and Why They 'Friend'

Americans are using social media—online forums, blogs, and social networks—to conduct a huge variety of every-day activities, from professional networking and consumer products research to entertainment and dating, according to a survey from NM Incite.

Most (89%) socially networked adults use social media* to stay in touch with friends and family, but nearly two-thirds use social channels to read consumer feedback and find product information, and nearly one-half use such channels for professional networking: 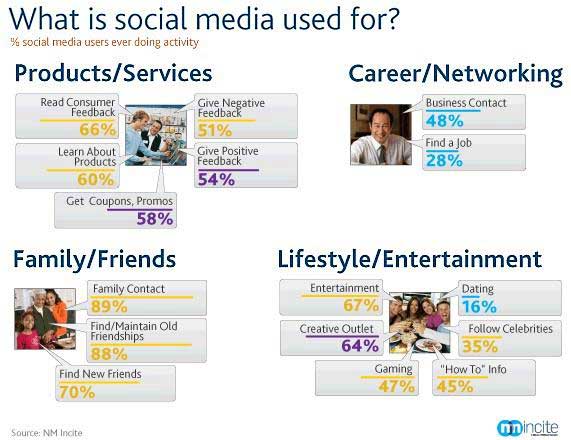 More than two-thirds of socially networked adults (67%) use social media for entertainment and 64% do so as a creative outlet.

Below, additional findings from NM Incite's report titled "The State of Social Media." 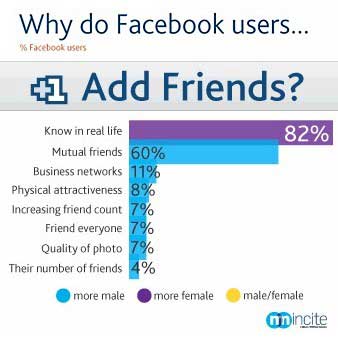 Some Facebook users add friends because they are physically attractive (8%) and others simply want to increase friend-count (7%).

Offensive content is the top reason Facebook users remove friends from their network on Facebook (55%), followed by not knowing a person well enough (41%), sales soliciting (39%), and various other breaches of social media etiquette. 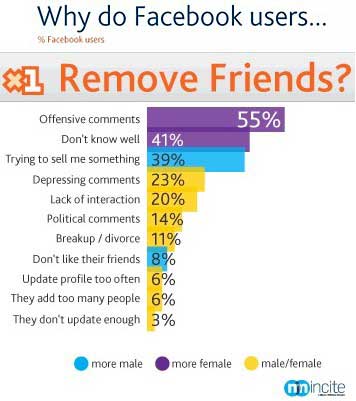 Other key findings from NM Incite:

About the data: The "State of Social Media Survey" polled 1,895 social media using adults (age 18+), recruited online from March 31 to April 14, 2011, via online forums, blogs and other social networking platforms.