Age, Not Gender, Drives Most Social Media Use

Though Facebook enjoys broad adoption among users of all age groups and genders, other social media sites do not have such ubiquitous appeal, according to a survey from Netpop Research.

Facebook, in other words, is not the norm, Netpop found.

By contrast, YouTube's penetration among socially networked adults is 56%, but the video sharing site is far more popular among younger, social women (66%) and men (83%). 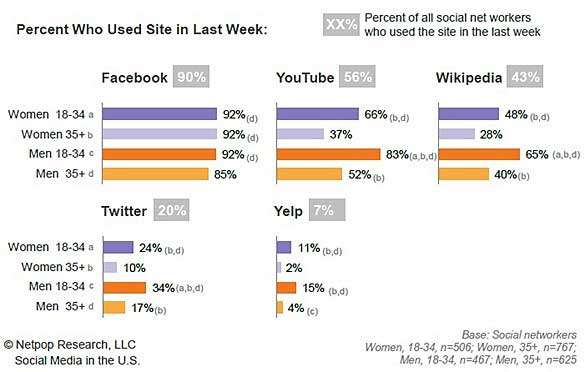 The use of Wikipedia and Twitter is also higher among younger, socially networked adults:

Below, additional findings from the report titled "Social Media Madness," by Netpop Research.

On average, younger Facebook users have two times more friends than older users, but there's virtually no difference between men and women: Younger women have roughly the same number of Facebook friends as younger men (305 vs. 304).

Some 146.5 million people in the US, or 79% of online adults, now use social networks, according to the report.

Among all socially networked adults, social media now accounts for 18% of time spent online, after entertainment (22%) and email (27%). However, those levels vary by age: 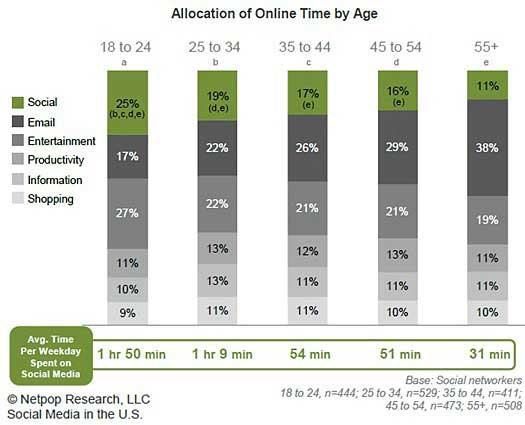 A breakdown by age and gender accentuates the interest among older users, particularly women, in using social media to stay connected with others: 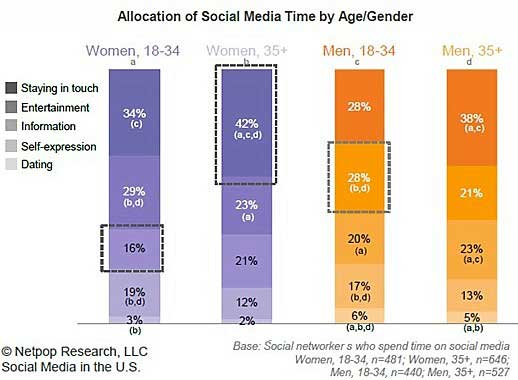 About the study: Findings from the Netpop Research study are based on an online survey of 2,365 socially networked adults in the US conducted in January 2012.