Brands of all sizes are missing out on the business benefits of customer loyalty programs, according to a survey from Satmetrix: Fully two-thirds of those surveyed say they cannot prove or cannot measure the return on investment (ROI) from customer experience management (CEM) initiatives.

Among the companies surveyed, 40% say their CEM initiatives are unproven, and 27% say they do not know or cannot measure the ROI of CEM programs. By contrast, nearly one in five say their efforts have been strong (16%) or transformative (3%): 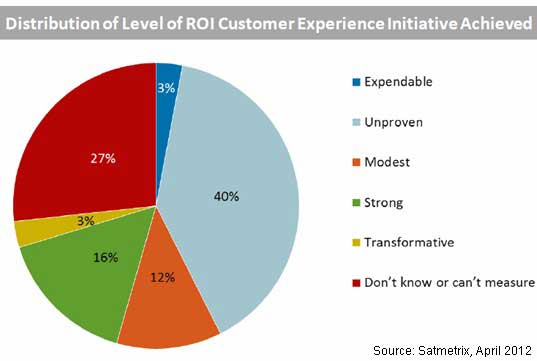 Below, additional findings from the Satmetrix Customer Experience Industry Survey 2012.

Among the companies surveyed, large organizations (those with annual revenues over $500 million) have the highest adoption of CEM initiatives, at 63%, whereas smaller companies (less than $10 million in annual revenue) have far lower adoption rates: 34%, on average. 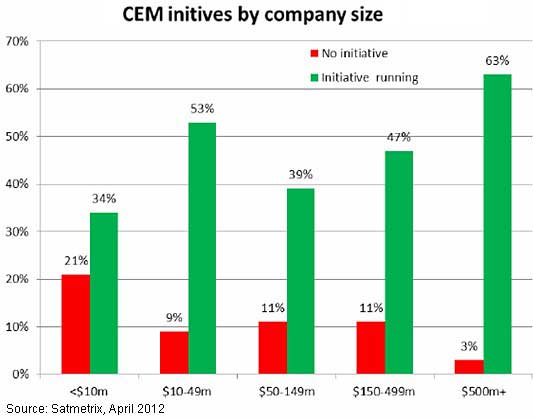 Some 20% of smaller companies have no CEM initiatives in place at all.

Most CEM systems are developed in-house: Among those with CEM initiatives in place, 58% of large companies have built their systems in-house, as have 73% of small companies.

Asked to identify the biggest challenges in running customer experience initiatives, companies identified a range of issues including:

Companies were also asked about their social media use: More than one-half are already using Twitter (55%), Facebook (59%) and LinkedIn (52%) to communicate with clients and prospects. In addition, fully 10% of companies are planning to adopt social media channels in 2012. 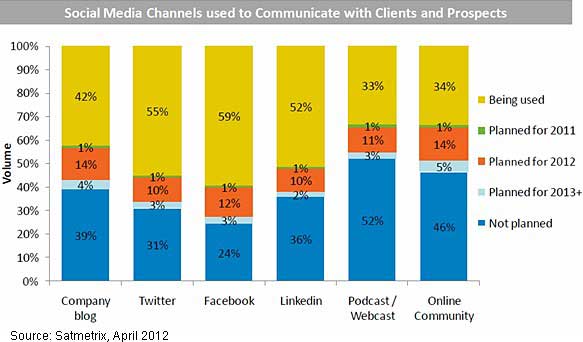 About the data: Findings are based on a survey of 1,000 companies of all sizes, conducted in March 2012.