Online consumers tend to be far more positive about brands that respond to their comments or complaints via public forums or social media channels rather than direct feedback methods such as email or phone calls, according to a report by Maritz Research. 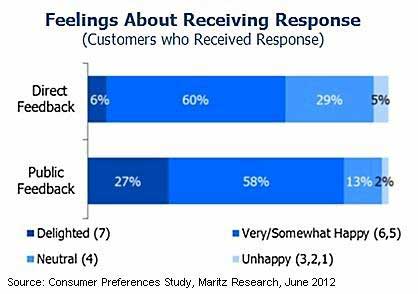 Only 2% of online consumers said they were "unhappy" with the public response they received to their publicly-voiced comments.

However, that sentiment was not shared for direct responses such as a phone calls, emails, and letters. Among the consumers who made direct inquiries or complaints, only 6% said they were delighted to receive a similar response from a brand.

Below, additional findings from the Consumer Preference Study by Maritz Research.

Preferences for public feedback are stronger among younger audiences. 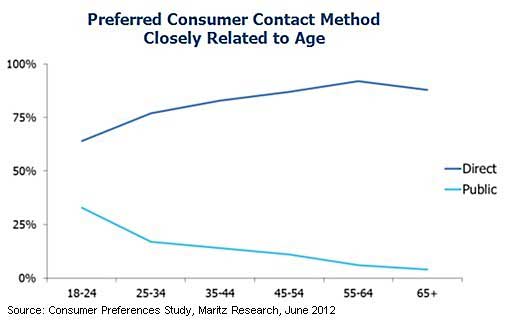 The report also explored consumer awareness and favorability toward various uses of online information by companies.

About the data: Finding for the Consumer Preferences Study are based on a survey of 1,400 online consumers, conducted by Maritz Research, April 18-22, 2012.