As might be expected, the best day and time of day to share content via social media depends on your target audience (business or consumer) and the specific social platform you're using, according to research by Compendium.

Based on social sharing data from 300 companies using the Compendium content marketing platform, the research found the following: 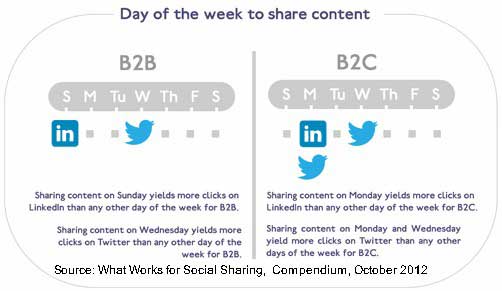 Below, other findings from Compendium.

Timing is important, too. The best time of the day to post content similarly varies by business type and social channel: 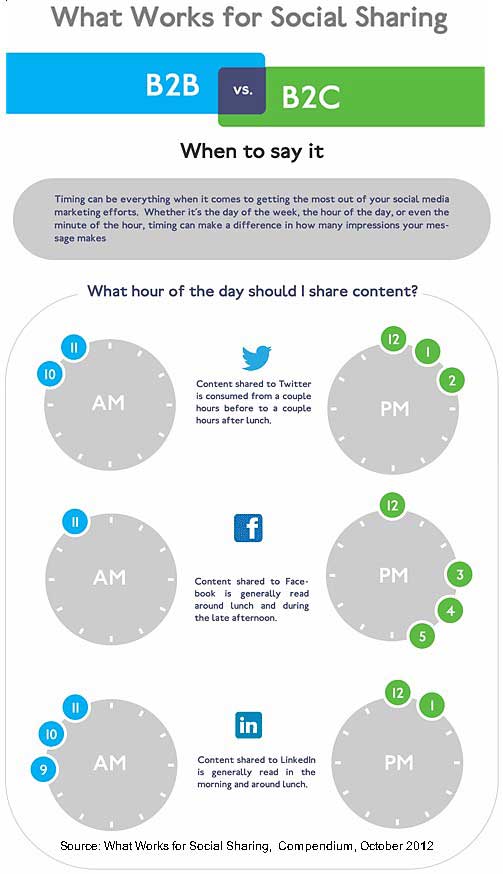 Use of question marks and exclamation points

Various social-sharing practices, such as including question marks and exclamation points tend to impact click levels, the study found.

Neither business nor consumer audiences care much for question marks in social content: 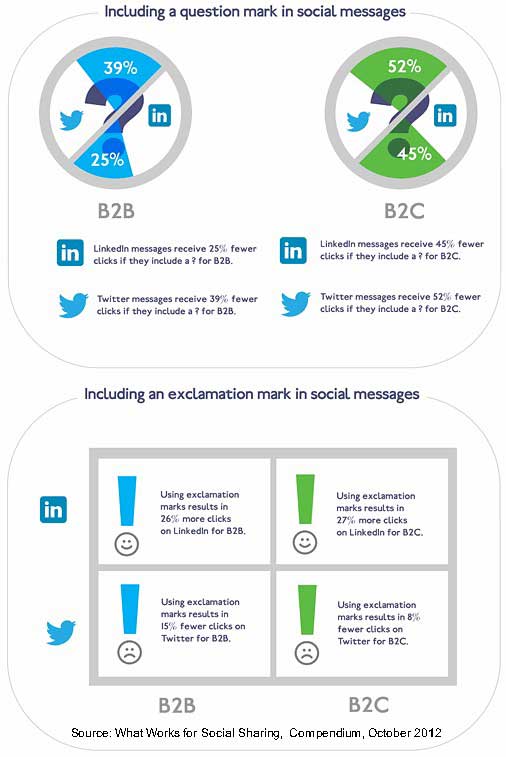 The results are mixed regarding the use of exclamation marks. 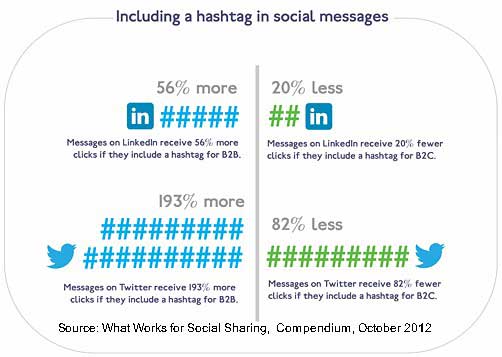 Using numbers in LinkedIn content (to business or consumer audiences) has no real impact on click rates, Compendium found.

About the data: Findings are based on social media data from more than 300 companies on the Compendium platform in 2012. Compendium examined Web analytics and Bitly data for content shared to Twitter and LinkedIn via the Compendium Platform, and it surveyed blog administrators.