Moms More Likely to Use Social Media and Mobile, and to Shop Online

Moms are 20% more likely than the general population to use social media, and 91% now use social media regularly—a 20% increase since 2010—according to a study of moms' online social habits by BabyCenter and comScore.

Moreover, moms expect others to be social as well... so much so, that 22% of moms say if friends or family don't participate in social media, those friends and family members are not as much a part of those moms' lives. 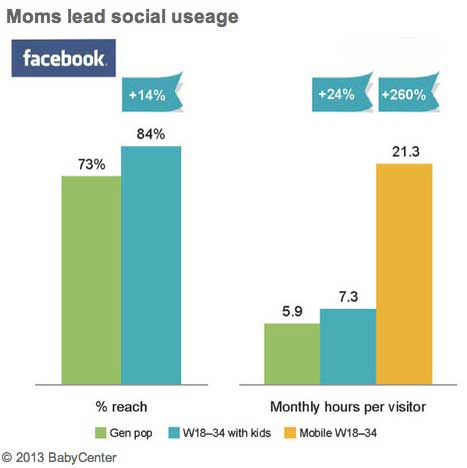 Moms are also more likely than the general population to own smartphones and to shop online.

Below, more findings from the 2013 Social Mom Report. 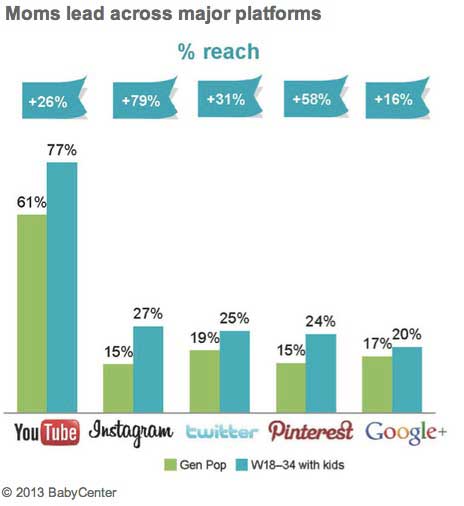 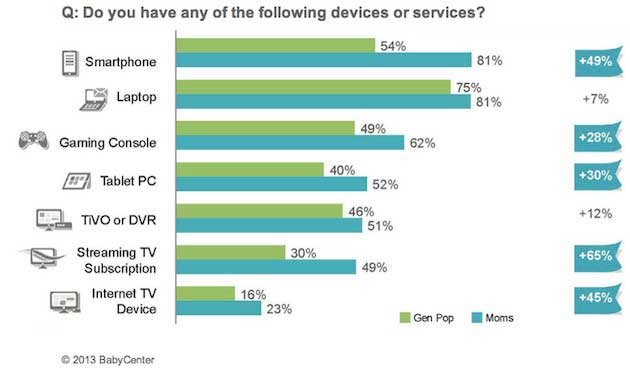 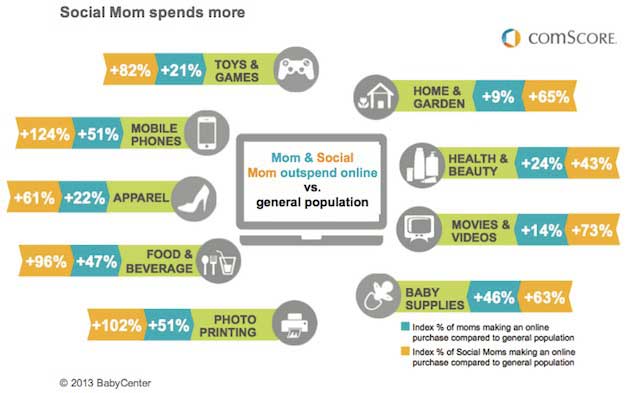 About the research: The findings of the 2013 Social Mom Report (PDF) were based on an in-depth survey of 1,480 moms and other online adults, social media diaries from 14 new and expectant moms, and behavioral and secondary analysis by comScore of e-commerce habits and social analytics.

Continue reading "Moms More Likely to Use Social Media and Mobile, and to Shop Online" ... Read the full article