Social media is lagging as a traffic source to e-commerce websites and as a driver of online purchases, despite increased brand investment, according to a recent report by Monetate.

The Ecommerce Quarterly (EQ) report, which analyzed a random sample of more than 500 million online shopping experiences in 1Q13, found that social media represented just 1.55% of all e-commerce traffic to top sites, far behind search (31.43%) and trailing email (2.82%). Moreover, social media platforms overall had a conversion rate of less than three-quarters of one percent (.71%), though this number varied by network.

Compared with 4Q12, e-commerce traffic generated in 1Q13 by the collection of social networks evaluated either declined or remained flat.

However, the outlier was Pinterest, which sent more traffic to e-commerce websites in the first quarter than it did in the retail-heavy fourth quarter. Pinterest also had the highest average order value ($80.54) among social networks. 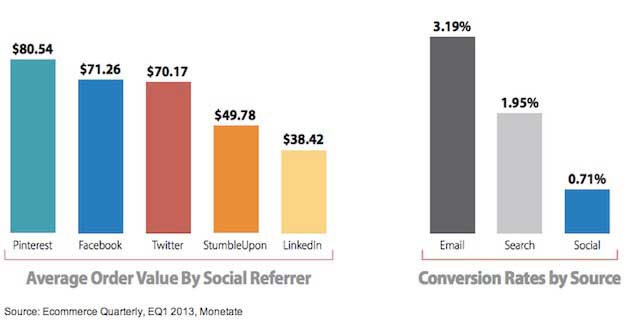 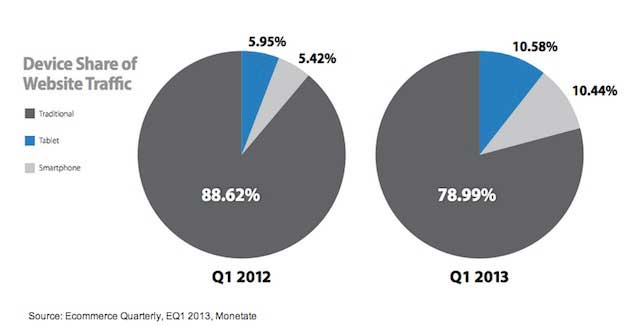 Although they represented a small percentage of overall traffic to leading e-commerce websites in 1Q13, conversion rates among military personnel in the US (5.15%), Europe (4.30%) and Asia (3.57%) were significantly higher than the overall US consumer segment (2.53%). In addition, the average order value of military personnel was 23.39% higher than shoppers across the US. 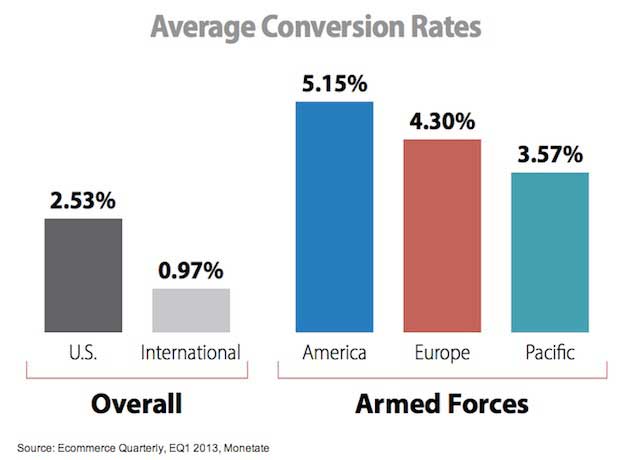 About the research: The report was based on an analysis of a random sample of more than 500 million online shopping experiences using “same store” data across each calendar quarter. Averages were calculated across the entire sample.