Web Traffic From Mobile Devices Up 78% Year Over Year

The Quarterly Mobile Traffic Report, based on data from a sample of Walker Sands' B2B and B2C clients in multiple industries, also found that mobile traffic to websites increased less than one percentage point between 4Q12 and 1Q13.

That finding was in line with traffic patterns from previous years: Growth is typically flat in the first quarter following a spike in the late fourth quarter that coincides with an increase in mobile phone purchases during the holidays. 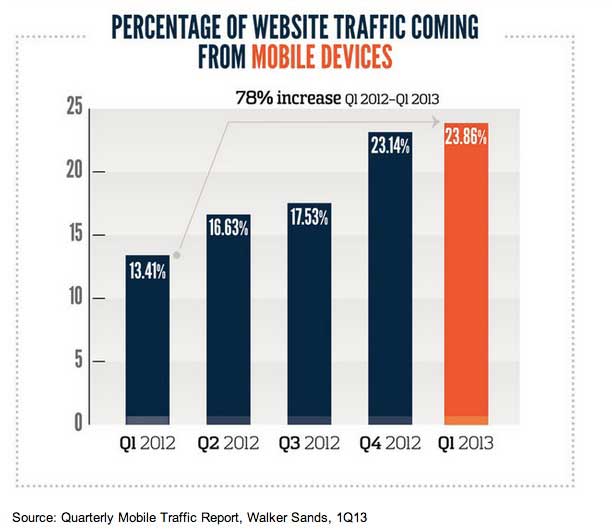 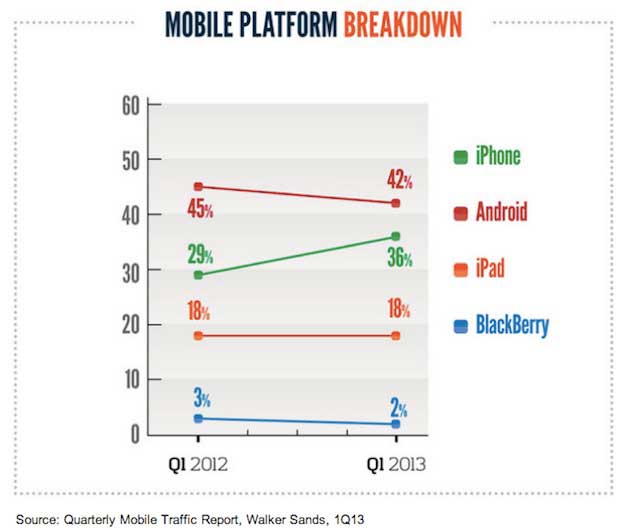 About the research: The report was based on data from a sample of a dozen of Walker Sands' B2B and B2C clients in multiple industries. The websites are US based, but the traffic analyzed was for all visitors, US and non-US. Mobile platform percentage breakdown did not equal 100% because devices such as Windows Mobile and Symbian were not displayed due to low volume.