Taken together, the total share of global online video viewership on tablet and mobile devices grew 19% in 1Q13, according to a recent report by Ooyala.

Mobile and tablet viewership now accounts for more than 10% of all online video plays, the most ever recorded in the quarterly Global Video Index, which is based on data from Ooyala’s customer base.

Tablet viewership in particular increased in the quarter, growing 33%.

Live vs. VOD Time Per Play 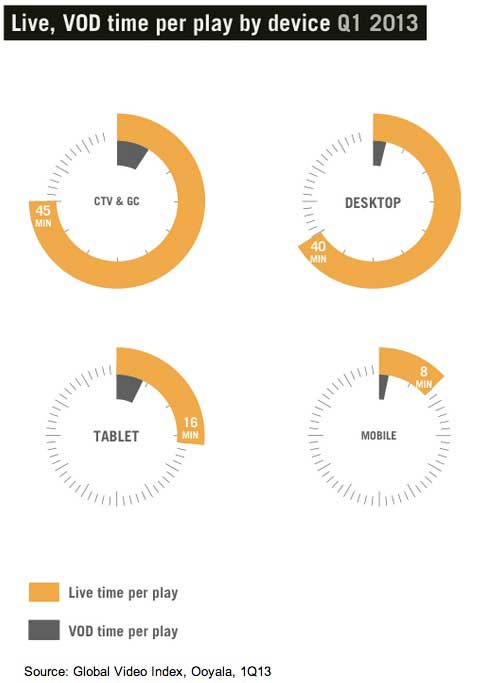 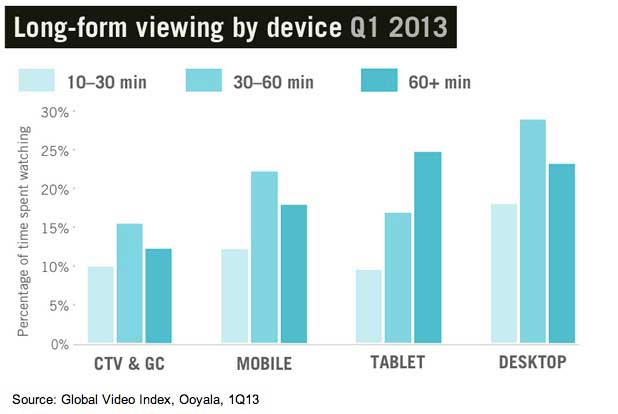 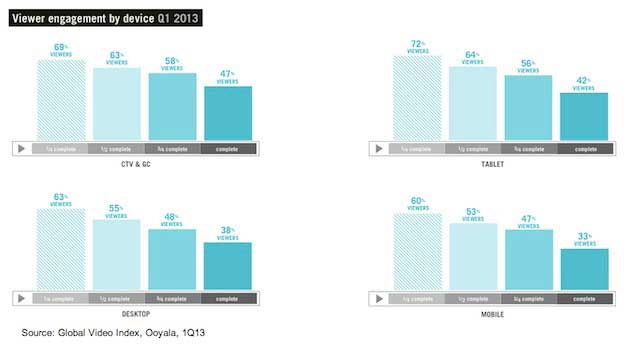 About the research: The report was based on data taken in 1Q13 from an anonymous cross-section of Ooyala’s global customer and partner database. These firms broadcast video to 200 million unique viewers in 130 different countries across more than 6,000 unique domains.