Pinterest is the social network most likely to drive spontaneous purchasing, whereas Twitter and Facebook users are more likely to make social media-related purchases of products they were already considering, according to a recent report by Vision Critical.

Asked whether they were already thinking of buying an item when they favorited it, 29% of surveyed Pinterest purchasers said no, compared with just 16% for Facebook and 9% for Twitter. 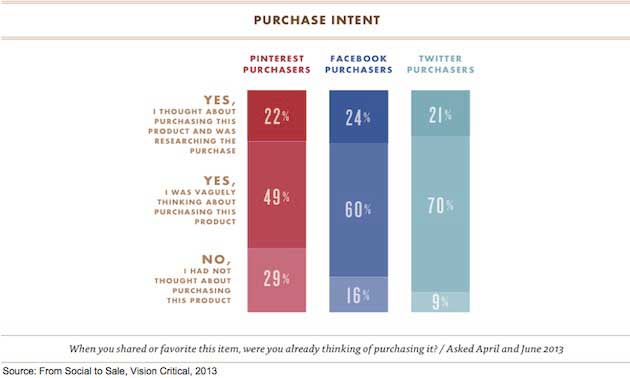 Below, additional key findings from the report, From Social to Sale, which was based on a survey of 5,657 consumers in the US, Canada, and the UK.

Overall, four in 10 social media users  have purchased an item after sharing or favoriting it, with roughly equal amounts of online and in-store purchasing across Facebook, Twitter, and Pinterest. 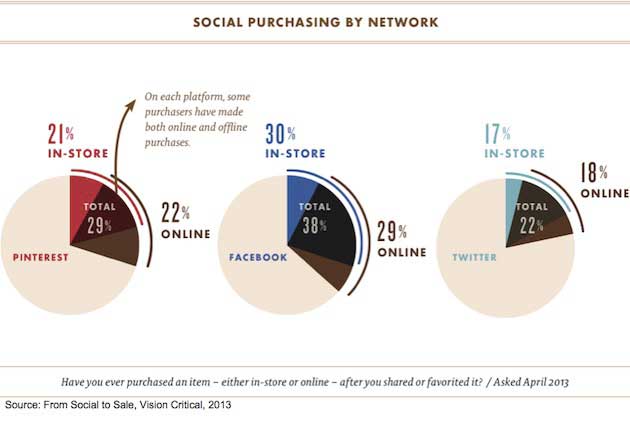 Time Between Favoriting and Purchase 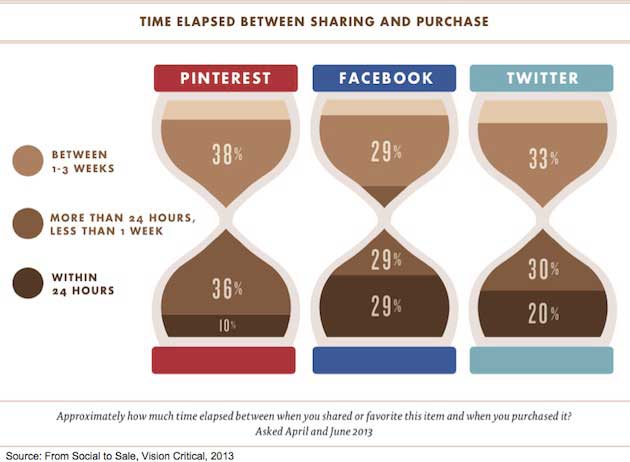 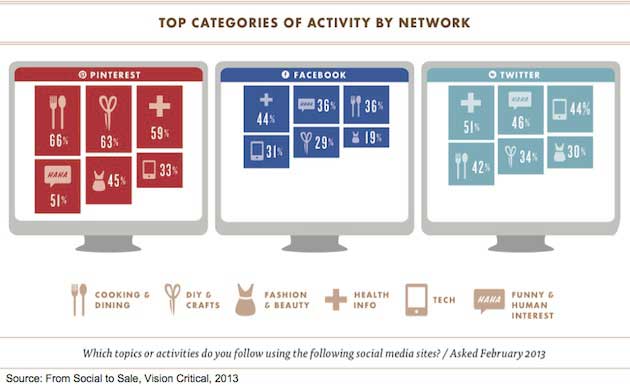 About the Research: The data in the report was drawn from online surveys conducted over 17 months (February 2012 to June 2013). In total, 5,657 interviews about social media purchasing were conducted across the US, Canada, and the UK.