What's the Secret to Success on Kickstarter? [Infographic]

Projects on Kickstarter that have videos are 85% more likely to achieve their funding goals, according to a recent report by MWP.

Overall, 48% of the projects examined on the crowdfunding site that were accompanied by videos achieved their goals, compared with 26% of projects that did not have videos.

The report was based on an analysis of 7,196 projects on Kickstarter; 3,166 successfully received funding and 4,030 failed to get funding (this matches Kickstarter's overall 56/44 ratio of funded projects to unfunded projects). 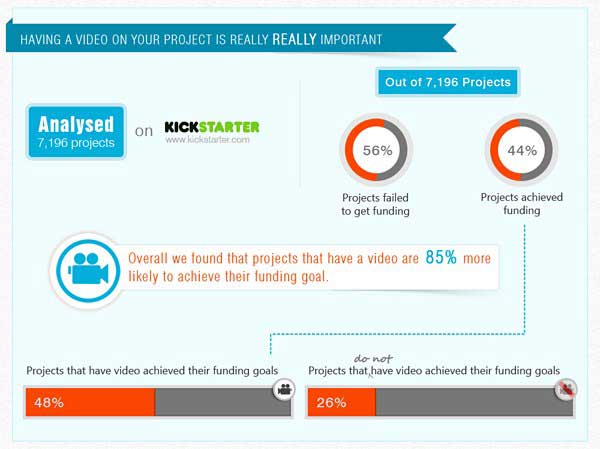 Which Categories Benefit Most?

Where Are Successful Kickstarter Projects Based?

For more from the report, check out the following infographic:

About the research: The report was based on an analysis of 7,196 projects on Kickstarter; 3,166 successfully received funding, and 4,030 failed to get funding.