Mobile Sites of Most Top Brands Are Slow to Load, Not Optimized

Pages on the mobile websites of Fortune 100 companies take five seconds on average to load, much longer than Google's recommendation of one second or less, according to a recent report by The Search Agency.

The agency examined the mobile sites of the Fortune 100 and gave each a score based on five factors: load speed, site format, calculated download speed, social media presence, and app presence.

Site speed in particular was emphasized because of Google's recent mobile best-practices guidelines.

Out of a possible five points—one being the lowest and five being the highest—the average score for the companies in the study was just 2.31. 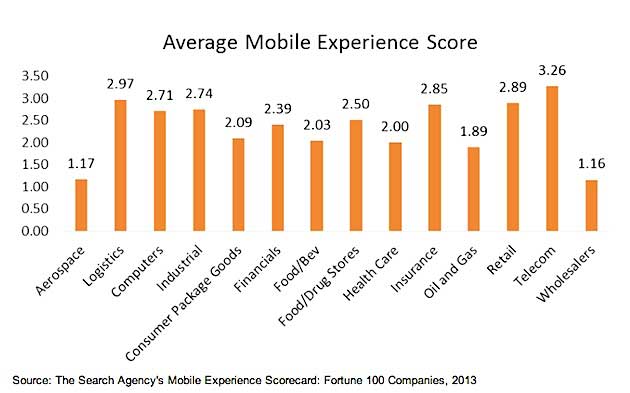 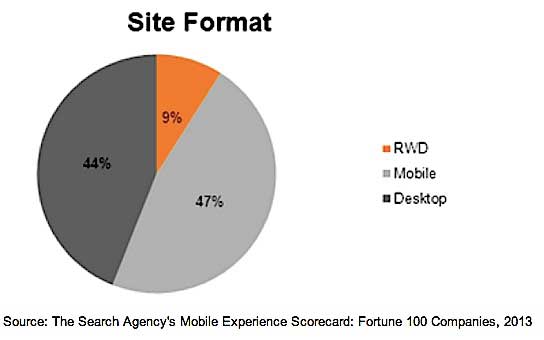 About the research: The report was based on an analysis of the mobile sites of Fortune 100 companies. Each site was assigned a score based on load speed, site format, calculated download speed, social media presence, and app presence.