Email open rates decreased 8.3% in 2Q13 from 1Q13 levels, but increased 11.5% over the equivalent period in 2012, resulting in an overall average open rate of 28.5%, according to Epsilon's quarterly email trends and benchmark report.

The average click rate in 2Q13 was 4.3%, down both quarter over quarter and year over year.

However, the average non-bounce rate (the percentage of emails that were not returned as undelivered) remained strong at 96.1%. 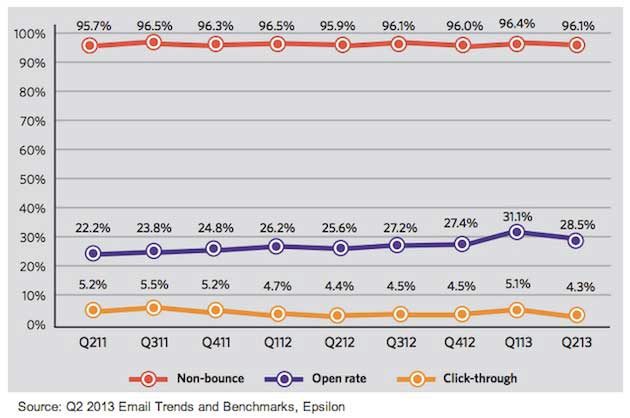 Below, additional key findings from the report, which was based on data from Epsilon’s proprietary email platform. 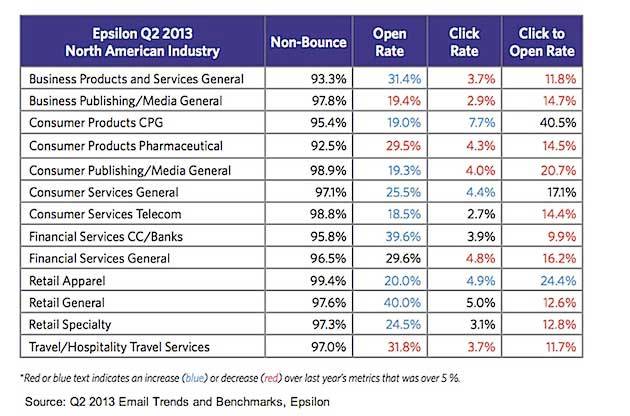 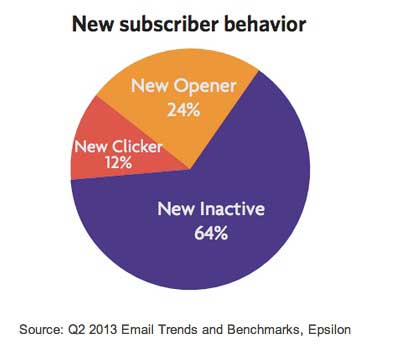 About the research: The report was based on data from from 6.1 billion emails sent by Epsilon in April, May, and June 2013 across multiple industries on behalf of approximately 150 participating clients.