Do Tweets With Hashtags, Quotes, and Images Get More Retweets?

Tweets that contain one or more hashtags are 55% more likely to be retweeted than those that do not, according to a recent analysis Dan Zarrella of HubSpot.

Zarella examined a dataset of more than 1.2 million random tweets to find correlations between the use of non-alphanumerical characters and the number of retweets. His analysis found two characters with particularly strong correlations: hashtags and quotation marks. 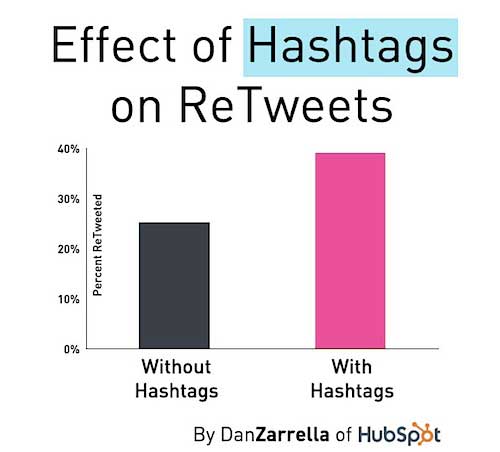 While not quite as impactful as hashtags, quotation marks also dramatically improved a tweet's chances of getting retweeted.

Zarella found tweets that included quotation marks were 30% more likely to be retweeted than those that did not. 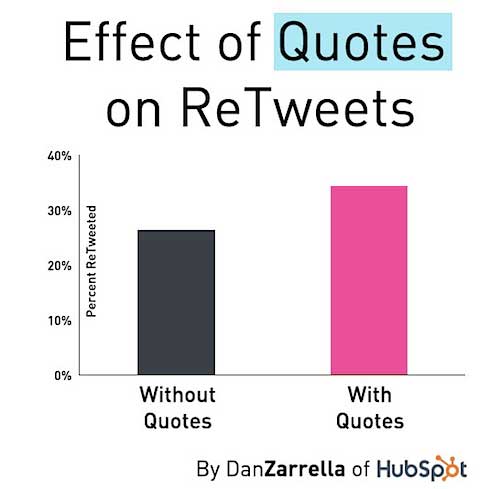 In a separate analysis, Zarella examined a dataset of more than 450,000 randomly selected tweets to see how using each of the four most popular ways to post images to Twitter affected retweets: 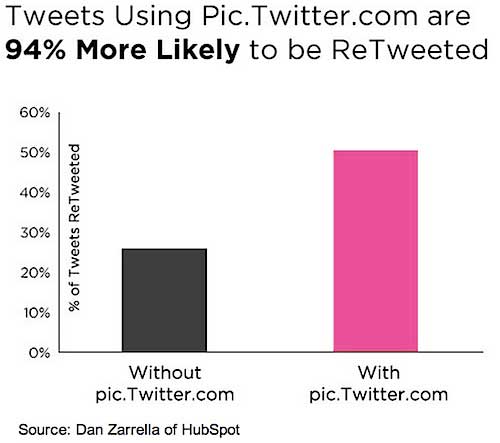