The Most Effective Retailers on Social Media

AutoZone is the US retailer using social media most effectively, followed by BJ's Wholesale Club, Wal-Mart, Costco, and Walgreens, according to a recent analysis by Blueocean Market Intelligence.

The rest of retailers ranking in the report's top 10 for social media effectiveness are IKEA, Bed Bath & Beyond, Amazon.com, Ralphs, and Dollar Tree.

The group compiled its rankings by examining six factors:

The following is the report's list of the top 40 most effective US retailers on social media, as well as rankings by industry category: 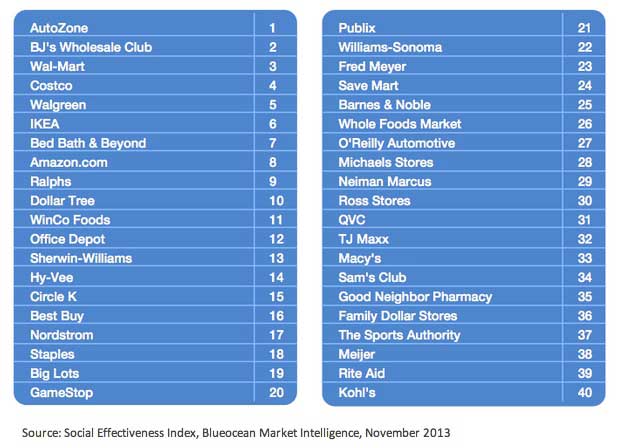 Most Effective Retailers on Social Media by Industry Category 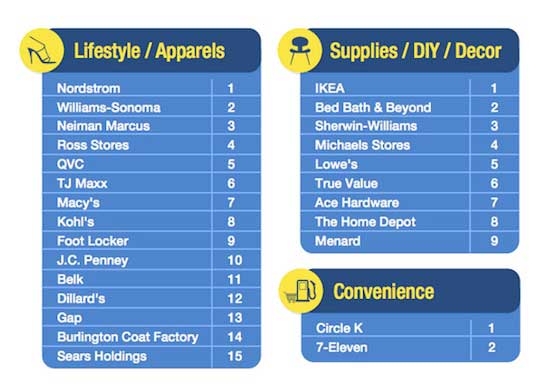 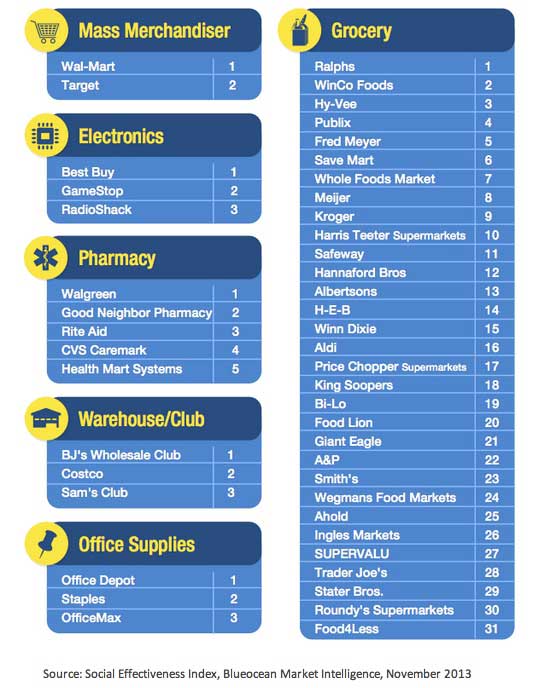 About the research: The report ranked US retailers' effectiveness on social media based on six factors: Share of voice, engagement rate, customer touch rate, number of influencers, number of advocates, and net sentiment.

Continue reading "The Most Effective Retailers on Social Media" ... Read the full article