How Tech Tastes Have Changed Since 2005

Fewer Americans today have desktop computers, VCRs, and basic cellphones than they did in 2005, and more now own MP3 players, smartphones, and laptops, according to recent report by Gallup.

The survey of 1,031 US adults found ownership of laptops (64% own) and iPods/MP3 players (45%) is up most dramatically since 2005, when Gallup last conducted a similar poll.

Smartphones, which were not included in the earlier survey, have become common, with 62% of respondents saying they have one. Most respondents report that they now have Internet access, either at home through Wi-Fi (73%) or via smartphones.

Ownership of cable TV (68%) has not changed since 2005, and essentially the same share of Americans own DVD or Blu-ray players (80%). 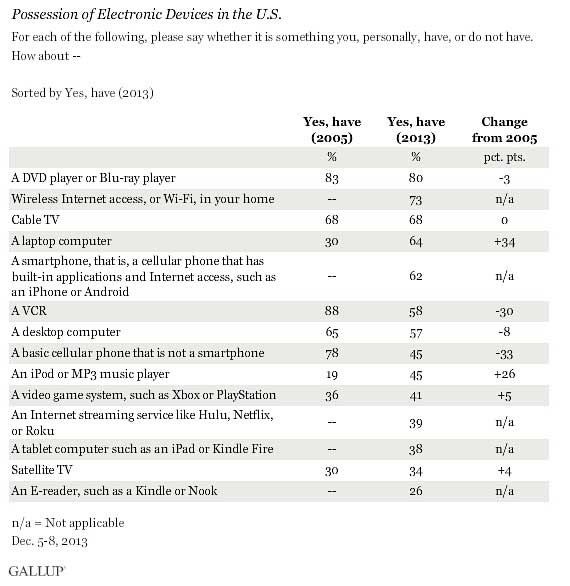 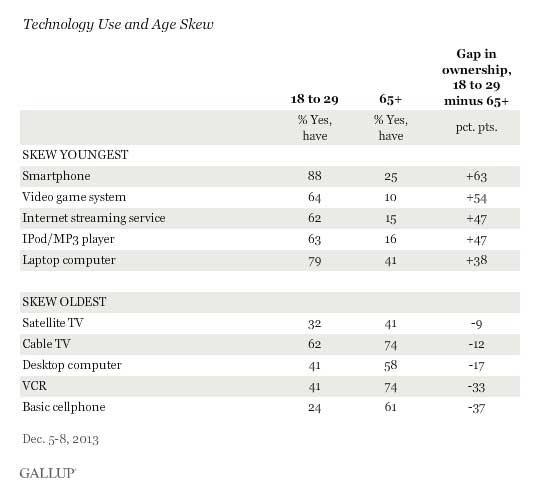 About the research: The report was based on data from a telephone survey conducted in December 2013 of 1,031 US adults. Roughly half of the respondents were reached on cellphones and half on landlines.