Which Devices Are B2C Marketing Emails Opened On?

Nearly two-thirds (65%) of B2C marketing emails were opened on either a smartphone or a tablet in 4Q13, up from 61% in 3Q13, according to recent data from Movable Ink.

Although Android tablets accounted for only 1.8% of opens in 4Q13, that figure was twice as high as in the previous quarter, when they accounted for 0.9% of total email opens.

Desktops accounted for just 35% of email opens, down from 39% in the previous quarter. 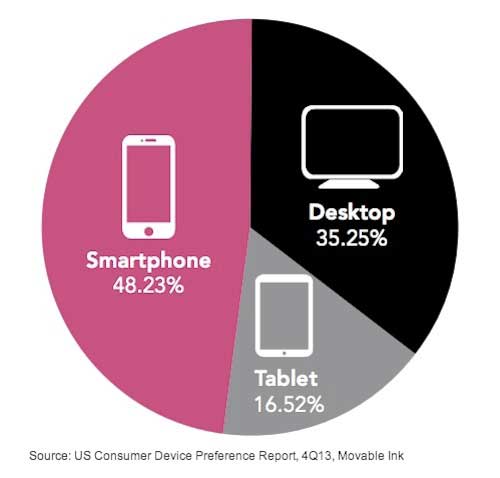 Below, additional key findings from the report, which was based on data from Movable Ink's customer base of more than 100 enterprise B2C marketers from the retail, travel, financial, media, and telecommunications industries. 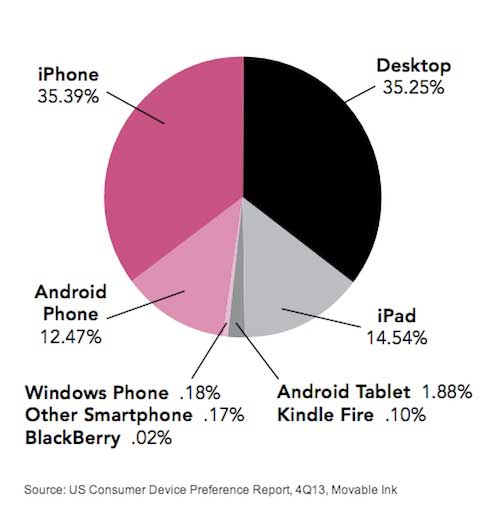 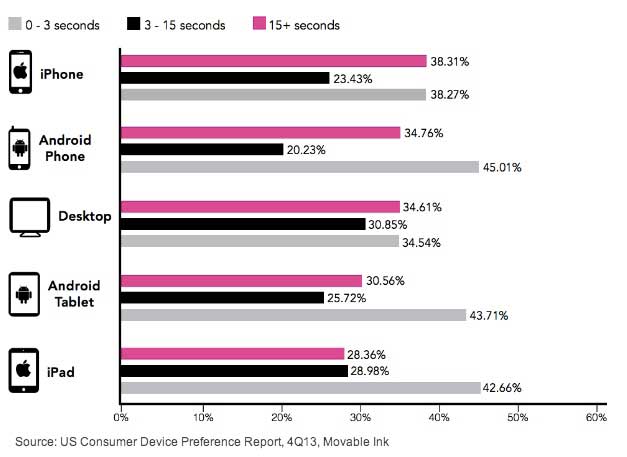 About the research: The report was based on 4Q13 data from Movable Ink's customer base of more than 100 enterprise B2C marketers from the retail, travel, financial, media, and telecommunications industries.