Tablet Usage by Time of Day

North Americans use their tablets most in the late evening and least in the early hours of the morning, according to a recent report from Chitika.

Tablet web browsing is at its lowest between 4 AM and 5 AM ET, with a steady increase throughout the day from there, the analysis found. Usage is highest between 7 PM and 11PM ET, with the peak coming around 9 PM ET.

After midnight there is a predictable drop off in tablet usage as people head to bed. 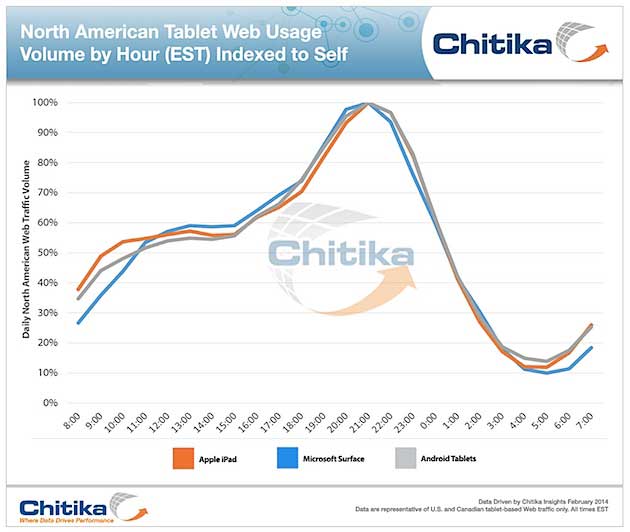 Below, additional key findings from the report, which was based on data from tens of millions of US and Canadian online ad impressions originating from tablets.

Tablet Use by OS Type 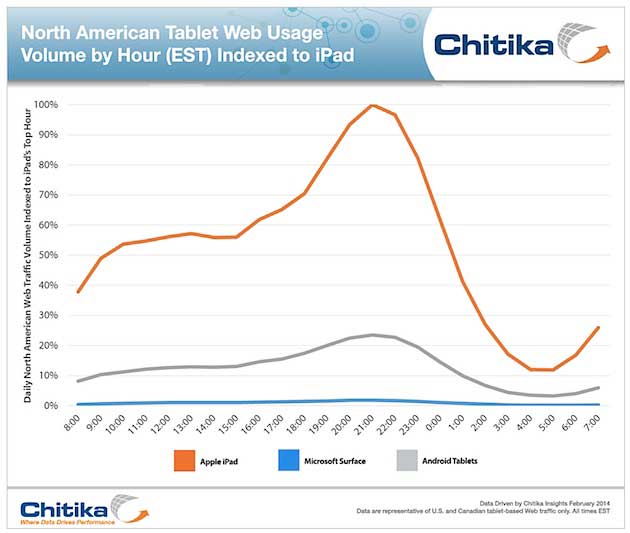 About the research: The report was based on tens of millions of North American online ad impressions originating from tablets between January 20 and February 2, 2014.