Nearly two-thirds (61%) of marketers say one the biggest challenges of influencer marketing is identifying the relevant persons who can truly help their brand or campaigns, according to a recent report from Augure.

More than half (56%) of marketers say another major challenge is getting the attention of influencers and building interest with them via direct interactions.

Accurately measuring the ROI of influencer campaigns is an additional headache, with 44% of marketers citing it as a significant challenge. 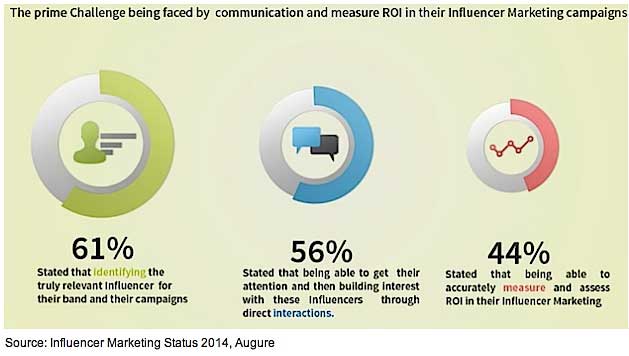 Below, additional key findings from the report, Influencer Marketing Status 2014, which was based on data from a survey of 649 European and US marketers.

What Makes Someone an Influencer?

How Influencers Are Contacted 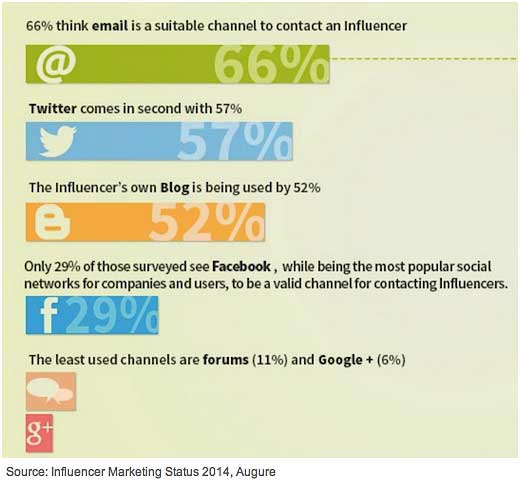 When to Deploy Influencers