Half of Older Mobile Users Now Own Smartphones

Just over half (51%) of mobile phone owners over the age of 55 now have smartphones, up 10% from 1Q13, according to a recent report from Nielsen.

Overall, 70% of American mobile subscribers of all ages are smartphone owners, the analysis of 1Q14 survey data found. Moreover, smartphone penetration continues to grow, with 85% of recent buyers having selected a smartphone when purchasing their new handset.

The most popular operating system for US smartphones is Android (52% of all phones). Apple's iOS is the second most popular platform (42%), followed far behind by Windows Phone (3%), and Blackberry (2%). 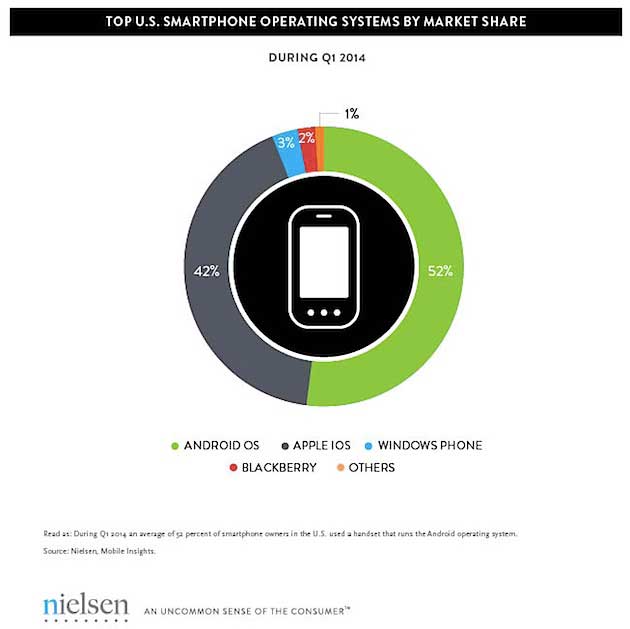 Apple remains the largest smartphone manufacturer in the US, with 42.5% of smartphone owners using its devices.

Samsung is the second largest manufacturer (28.7% of all US smartphone handsets), and the most popular company that uses the Android platform. LG is the next most popular manufacturer (7%), followed by Motorola (6.8%) and HTC (5.7%).

Nokia's phones, which primarily use the Windows Phone platform, doubled market share over the past year (to 2% of all US smartphone handsets), surpassing Blackberry. 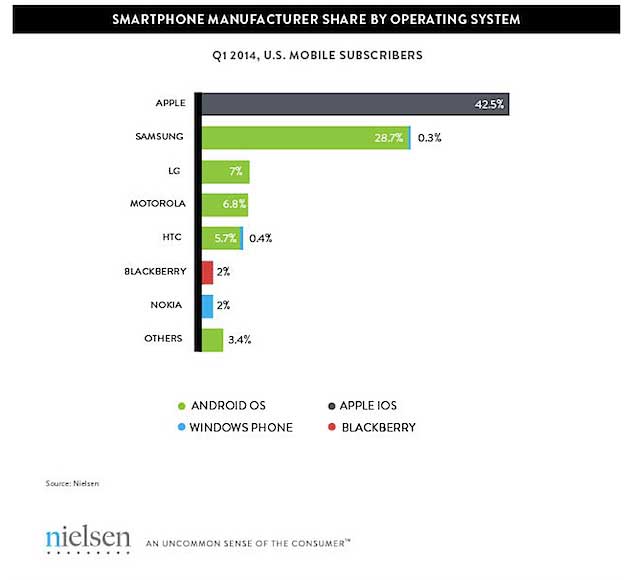 About the research: The report was based on data from Nielsen’s monthly survey of 20,000+ mobile subscribers aged 13+ in the United States.