The Video Consumption Habits of US Consumers

More than half of US consumers (59%) say their television set is being transformed into an overgrown monitor for viewing content they select from an online device, according to a recent report from Adroit Digital.

Men and young adults are significantly more likely to say so than women or older adults: 69% of men surveyed agree that their TV set is becoming a big monitor to display digital on-demand content, compared with 51% of women. Also, 63% of people age 18-24 agree, compared with only 47% of people age 45+. 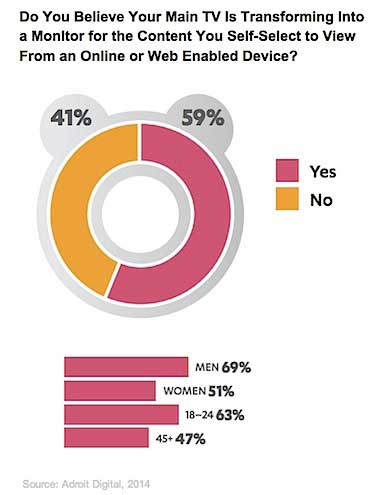 Below, additional key findings from the report, which was based on data from a survey of 2,000 consumers from the United States age 18 and older. 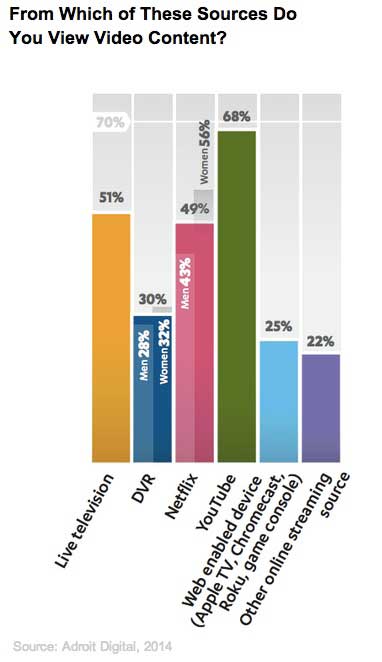 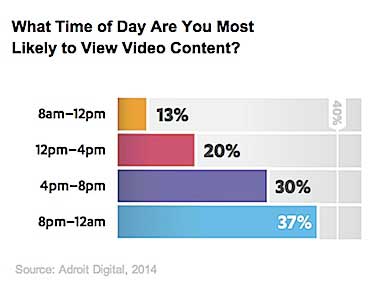 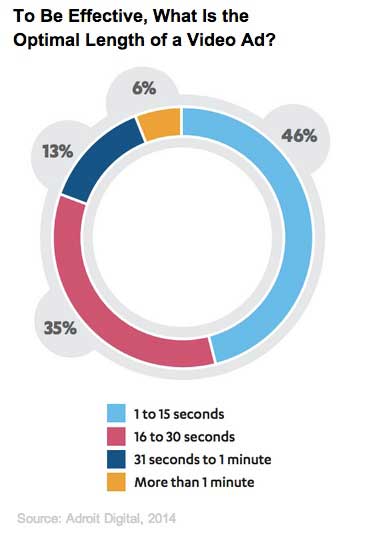 About the research: The report was based on data from a survey conducted in April 2014 of 2,000 consumers from the United States age 18 and older.

Continue reading "The Video Consumption Habits of US Consumers" ... Read the full article