The Work Expectations of Generations Y and Z

Generation Z is more entrepreneurial and less motivated by money than Generation Y, according to a recent report from Millennial Branding and Randstad.

Moreover, only 28% of Generation Z say money would motivate them to work harder and stay with their employer longer, as opposed to 42% of Generation Y.

How They View Themselves (and the Other Generation) 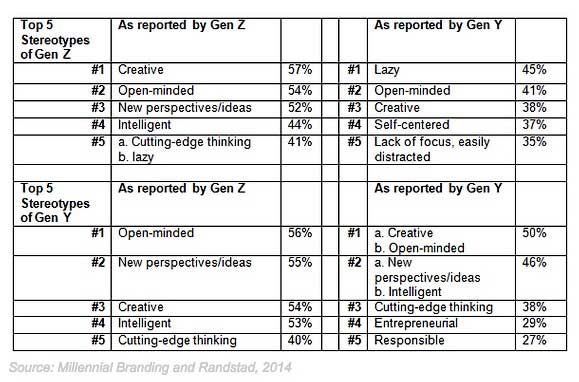