Currently, 157 companies on the Fortune 500 list (31%) have public-facing corporate blogs, a decrease of 3% in the number of blogging companies from 2013 levels, according to according to recent research conducted by Nora Ganim Barnes, PhD, at The Center for Marketing Research, University of Massachusetts, Dartmouth.

Companies that blog include two of the top five corporations on the 2014 Fortune 500 list (Wal-Mart and ExxonMobil), leaving the other three (Chevron, Apple, and Berkshire Hathaway) without a public-facing blog. 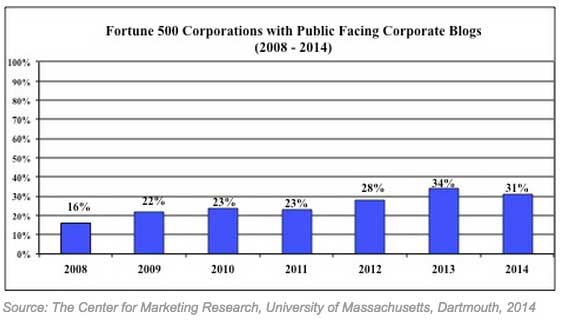 Most companies that choose to blog do so regularly and effectively: 78% of the public-facing blogs from Fortune 500 companies are kept current, take comments, have RSS feeds, and take subscriptions, the analysis found.

Blog use varies widely by industry: For example, 44% of specialty retail companies have a corporate blog, whereas only 7% of companies in the mining/crude-oil production vertical have a blog. Industries with no public-facing blogs include tobacco, pipelines, and railroads. 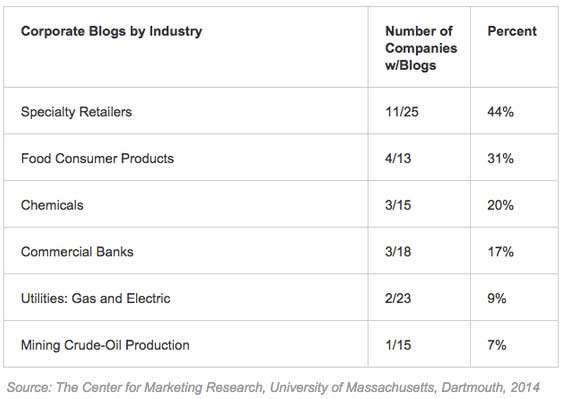 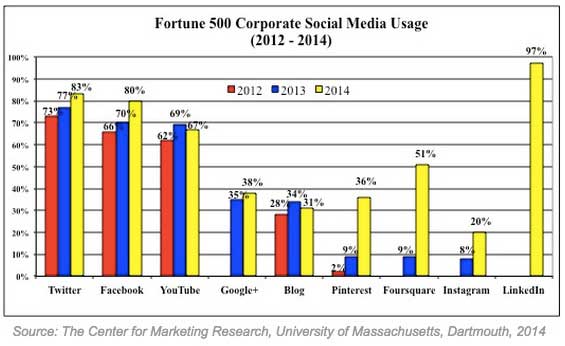 About the research: The report was based on an analysis of the public-facing blogs and social media accounts of the companies on the 2014 Fortune 500 list. The research focused on the primary/listed corporation and did not examine segments/subsidiaries which may have their own digital presences.