Nearly one-third (31%) of companies that advertise in B2B email newsletters buy only email advertising, according to a recent report from MediaRadar.

Just over half (54%) of the advertisers in B2B email newsletters also buy in print, and slightly smaller proportion (47%) supplement their email newsletter campaigns with other digital buys. 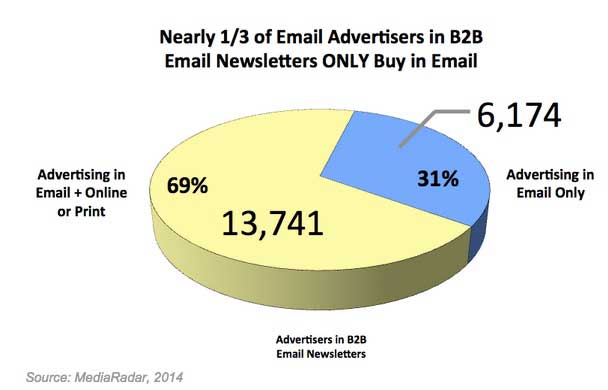 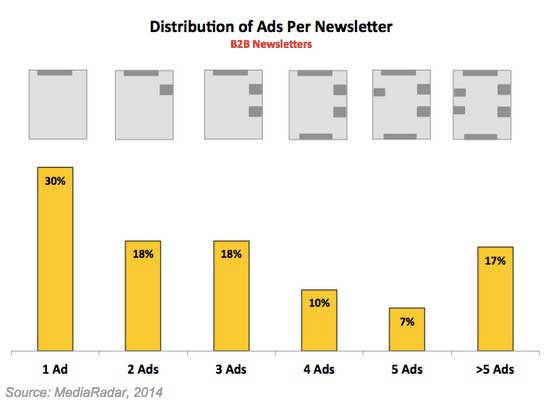 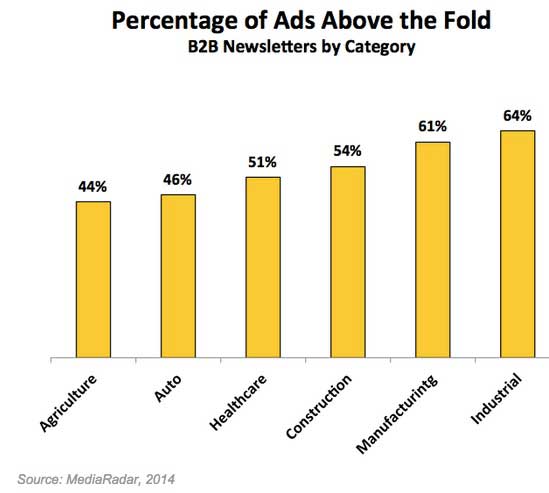 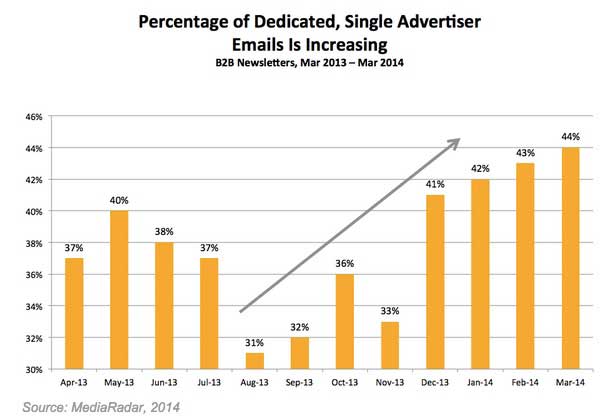 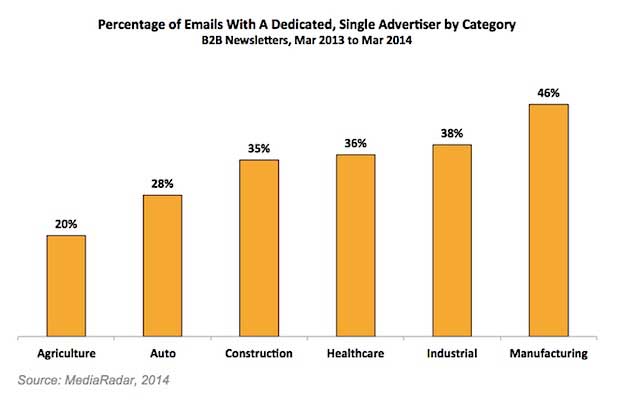 About the research: The report was based on an analysis conducted between March 2013 and March 2014 of 2,905 B2B email newsletters and 19,915 advertisers.