What Consumers Dislike About Mobile Email

Consumers' top complaint with mobile email is that they get too many messages, according to a recent report from Liveclicker and the Relevancy Group.

The survey of more than 1,000 US consumers found 44% say they receive too many emails on their smartphones and 37% say many of the messages they receive are irrelevant.

Other top complaints with emails received on smartphones include the following: Messages are too small to read and interact with (32% don't like); difficulty seeing full websites on devices after clicking through (26%); and messages are often jumbled/not well-formatted for phones (21%).

Some 18% of respondents say they have no problems at all with their mobile email experience. 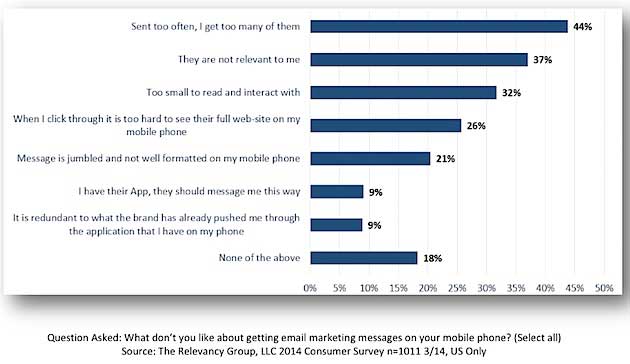 Overall, nearly three-quarters of respondents (73%) say they use their mobile phones to access one or more email accounts.

There is significant variation in use by age, with 93% of 33-38-year-olds saying they use their mobile phones to access email, compared with just 21% of those age 81 and older. 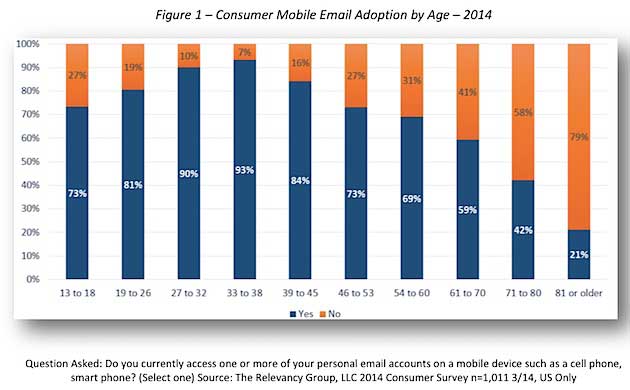 About the research: The report was based on data from a survey of more than 1,000 US consumers.